Prime Minister Jacinda Ardern has spent the day offering comfort to the grieving relatives of the 49 people killed, and reassurance to the shellshocked city of Christchurch. 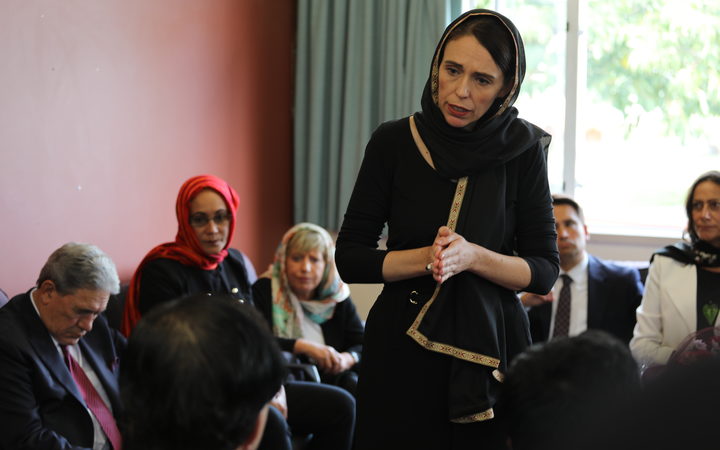 Ms Ardern was accompanied by a large contingent of politicians from all sides of the political divide, including opposition leader Simon Bridges, Deputy Prime Minister Winston Peters and Green Party co-leader James Shaw.

There was scarcely a break in the carefully-orchestrated trip around the city, with the politicians travelling in a large convoy through the largely-empty city streets.

Security was extremely tight, with media rigourously vetted and a heavy police presence at every turn.

The first stop was with some of the city's Muslim leaders at a local refugee centre.

Ms Ardern wore a black hijab and warmly embraced the devastated hosts before offering words she said she spoke on behalf of all New Zealanders. 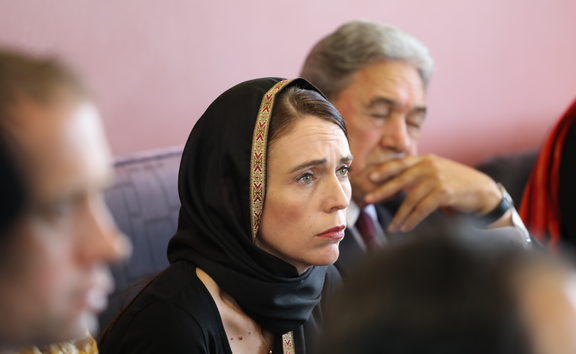 "I have many roles in my role as prime minister, but at the moment I have three incredibly important jobs. One is to bring with me the message of love and support and grief of the people of New Zealand," she said.

Also, she said, she wanted to provide them with the space to grieve while the government took care of concerns that may arise in the coming days and weeks.

"This act of terror was brought to our shores and rained down upon us here. But I take that ... role of ensuring your safety incredibly seriously."

The Muslim New Zealanders were quick to say that this was not the country they knew.

"It is a hard time. It is a very hard time. But yesterday I realised that we are whanau, we are family," said Habib Ullah, from the Linwood mosque, where seven people lost their lives yesterday.

He was clearly extremely distraught. 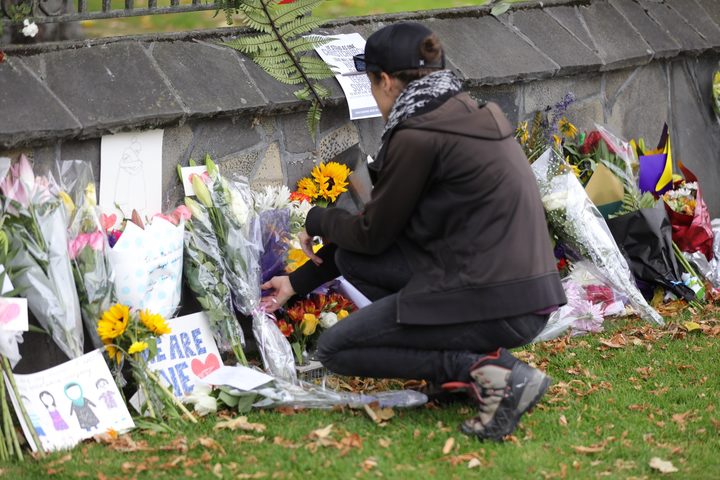 A woman lays flowers at a special wall set up beside the Christchurch Botanical gardens. Photo: RNZ / Simon Rogers

And they wanted to know how the government could help them feed their families - the majority of those killed were men, leaving some families without a breadwinner.

But while there were questions, there was also gratitude. One woman stood not to ask a question, but to thank the prime minister for her response.

It was an emotional meeting, but one without blame. The message from all corners of the political spectrum was the same - this was not something that happens in New Zealand.

National Party leader Simon Bridges ditched any of the adversarial politicking that has been in full swing around the Beehive in recent weeks.

"I am normally called the leader of the opposition but there's no opposition here today. Like you, like the prime minister, like the Right Honourable Winston Peters ... I'm shocked by what has happened.

He said the entire Parliament stands behind the prime minister and with the victims.

While it hadn't initially been on the agenda, it was requested that the leaders visit the families of those who were killed or injured.

So the next stop for the sombre convoy was Hagley College, where many relatives had congregated.

The prime minister said a major concern of the families she spoke to was getting their loved ones back and ensuring that funeral arrangements are in line with custom.

Afterwards she briefed by top police and security officials, before giving media a final briefing for the day.

She revealed that 39 people are still in hospital, 11 of them in a critical condition.

"This is not the New Zealand that any of us know," she said.

She finished her day in Christchurch at the hospital visiting the injured.