Police will improve training to reduce officers' inconsistent approaches to chasing fleeing drivers, following the release of a joint review into police chases with the IPCA. 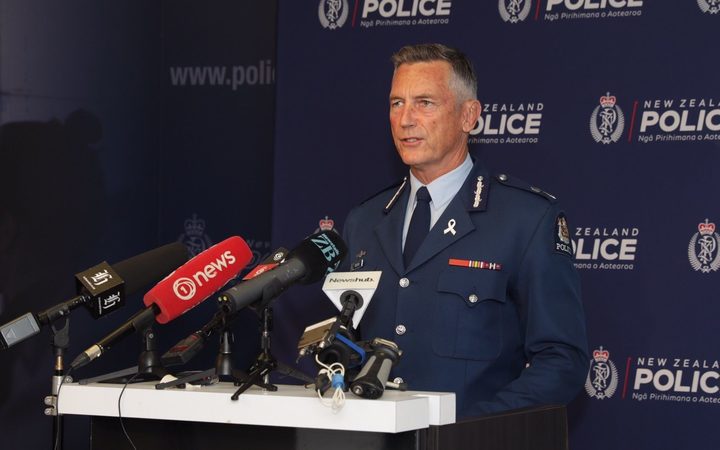 Police Commissioner Mike Bush at the police press conference ahead of the official release of the report. Photo: RNZ / Rebekah Parsons-King

They will also look to improve technology for monitoring fleeing vehicles including CCTV cameras and helicopter video feeds for catching offenders when the chase has been called off.

Between 2009 and 2018, 67 people died during police pursuits. In that time the number of fleeing drivers the police have reported has almost doubled, to more than 4000 in 2018.

The review, the first joint effort on the subject by police and the Independent Police Conduct Authority (IPCA) looked at 268 police pursuits from 2017 - 191 random events from police and 77 events received by the IPCA - and has made eight recommendations.

It reviewed each event as a case file and found individual officers perceive risk differently, and make different decisions when confronted with similar situations involving drivers who flee.

"Some staff do not adequately consider the necessity or proportionality of intervention against the risk posed by the fleeing driver," it said.

"In such cases, the response is justified on the assumed basis that the driver is fleeing for some specific but unknown reason and needs to be apprehended. The more appropriate assessment would be to consider whether the risk of pursuing outweighs the need to apprehend an offender, particularly for a low-level or suspected offence."

During pursuit, some police staff consider it necessary to continue to pursue to the end based on perceived need to apprehend, the report said. Such inconsistent approaches needed to change, and would be reviewed, it said. 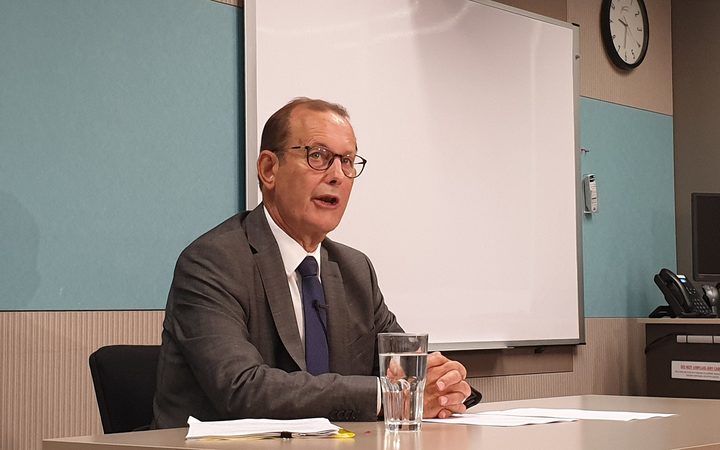 IPCA chair, Judge Colin Doherty, at the press conference ahead of the official release of the report. Photo: RNZ / Ben Strang

There was also inconsistency and lack of understanding around what police should do when abandoning the pursuit.

"Risk-tolerant officers are more inclined to take unnecessary risks to apprehend fleeing drivers and without conducting a proper risk assessment."

"On the other hand, risk-averse officers were found to tend more effectively to use the risk assessment tool," he said.

Judge Doherty said a risk-averse approach needed to be implemented in the entire police mindset. He said the quality and quantity of training also needed to be better.

Judge Doherty said the police had accepted the eight recommendations made in the IPCA report.

While the report stated it should not be treated as statistically representative, it is also hard to ignore the skewed trends it revealed. Cases of fleeing drivers it examined were more than 95 percent male, more than 60 percent Māori, and more than 65 percent unlicensed.

The median age was between 24 and 26, and more than half had at least 16 criminal convictions.

The report trends may not be entirely representative, but they at least echo some previous police statistics which show disproportionate chases involving Māori.

How these statistics could reflect police attitudes or what they meant for police conduct was not explored by the reviewers, but the report did call for more research into fleeing drivers and their motivations.

The review also recommended police review their pursuits policy based on its findings, but did not make any specific recommendations about broader changes to the policy or risk assessment tool.

Police Commissioner Mike Bush agreed there were areas the police could do better.

He said NZ Police had accepted the authority's recommendations.

"This includes improving how some of our staff conduct risk assessment, providing enhanced cognitive-based training for managing these complex and high-risk events, and improving communication between our frontline staff and our communications centres," he said.

- including possibly "empowering authorised follows" after the chase; and improving video transmission speed to comms centre.

- including livestreaming from CCTV feeds, location technology, and other tech like dashboard cameras

- This includes allowing police dispatchers to warn against and assess pursuit; allow dispatchers to call off the chase until the pursuit controller takes command; switching single-officer cars with two officer cars as soon as practical; and requiring a chase abandonment to be communicated to all involved.

- Commissioned from an independent researcher, would focus on young people, drug-impairment and mental health; police would also work to improve interviews with stopped drivers 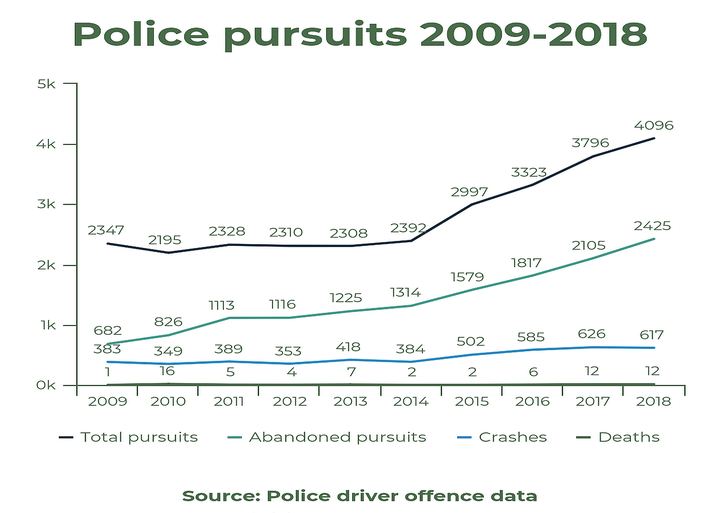