A major shake-up of the fishing sector is still in the consultation phase but already fishers are being accused of trying to rig the system in their favour. 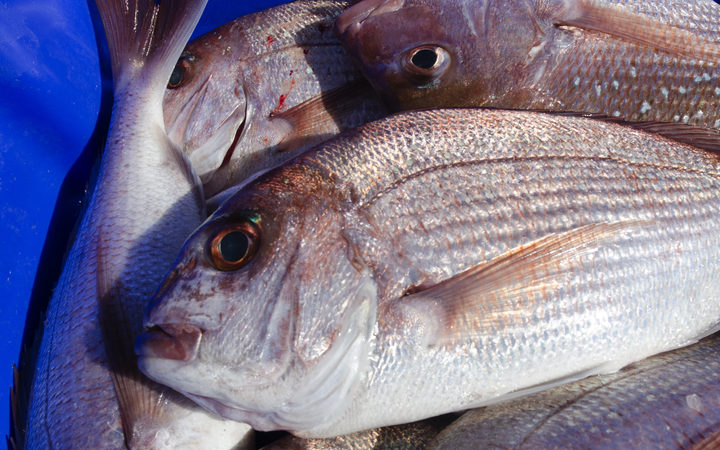 Forest and Bird said changes intended to encourage more sustainable methods could be manipulated to the point where there was no change to the system at all.

It is accusing the regulator of being complicit in the whole process.

Undersized fish were crucial to the long-term future of fish stocks but present rules demand that fishers threw them back with no record kept of how many were being caught and whether they survived.

The proposed changes would instead require fish to be landed and taken back to port - the theory being this would provide better data on fish stocks and encourage fishers to avoid catching so many of them in the first place.

But Forest and Bird's Katrina Goddard said fishers at consultation meetings had been heard expressing fears undersized fish would be counted as part of their quota, meaning they would have fewer good sized fish to sell.

She said they suggested being given a larger quota to maintain their catch of saleable fish, something she said would destroy the entire rationale for the new rules.

"Where's the incentive to change? This whole consultation is meant to drive change in the fishing industry so that we see better fishing technology.

"But if there's no economic impact because the commercial industry is going to be given more quota, then it really doesn't ... add up."

By reducing the number of fish they could make a living from could send many out of business and there needed to be a transition to the new system, he said.

"How you make that transition is an open question. What's required really is to measure that juvenile fish mortality and then once you've got a robust estimate of that, then you can think about how to adjust your catch entitlements accordingly."

Allowing fishers to land bigger catches would have wider benefits, he said.

"What we'll have instead is more fish being landed, we'll have less fish being returned to the sea and we'll have more selective and better fishing occurring. I think it's an improvement on several fronts, provided we can get the details right."

Katrina Goddard said Fisheries New Zealand (FNZ) appeared to be on board with the call for an increase in quotas and had been telling fishers as much at consultation meetings.

"Commercial fishers get the size reduction removed and they could take more. Just the concept of that is something quite important to discuss.

"It's worth reminding the ministry this is New Zealand's resource, the commercial fishers don't own this."

FNZ's Andy Hill denied his staff had been telling fishers there was likely to be an increase in quotas.

"What we say through those public meetings is we encourage people to put those views down in writing."

Submissions on the changes are open until Sunday.