A rāhui is being recommended on commercial eel fishing on two Northland rivers following a summer survey of eel numbers. 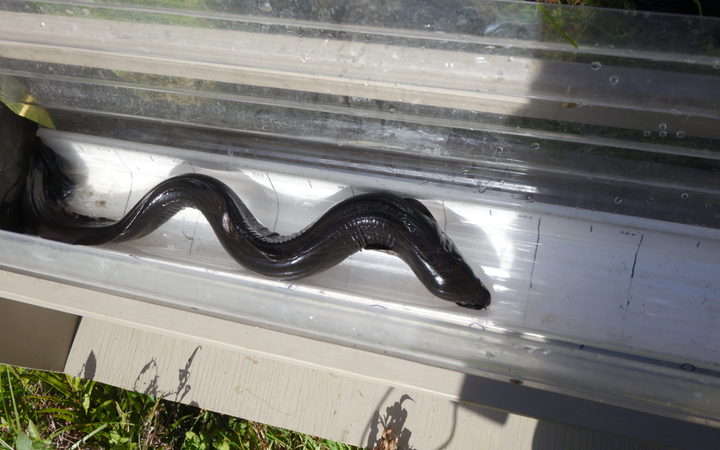 The survey was funded by conservation charity Reconnecting Northland and overseen by MPI Fisheries, which sets and monitors the commercial eel take.

Over summer, Mr Ruka and his helpers have been lugging fyke nets, poles, and unwieldy measuring troughs up and down the two rivers and streams that feed them.

Mature native long-fin eels could still be found in places not easily accessible to commercial fishers but they were few and far between, Mr Ruka said.

"We haven't collated all our data yet, but there's a very clear trend that where there's easy access to the rivers, and where a commercial fisherman can deploy his tinny and range a long distance on the river, there's no long fin, or very low numbers and no big ones."

Most of the eels caught and released in the survey were relatively young, and well under a metre long, Mr Ruka said.

It was likely they were former elvers caught at the Wairua hydro power station by hapū and transferred upstream since 2012 in a conservation project, he said.

He had asked the industry to voluntarily avoid the area for the few weeks that the survey was underway, but the commercial fishers had ignored the plea.

"We found 19 nets on one stream when we came to survey it - the guy had just thrashed it, and that's pretty disappointing," Mr Ruka said.

The result of the survey would be reported to MPI with a recommendation for a commercial rāhui, to allow eel numbers to recover, Mr Ruka said.

No restrictions applying on commercial fishing in surveyed area

It's the endemic and endangered longfin that the Whatitiri hapū are most concerned about. 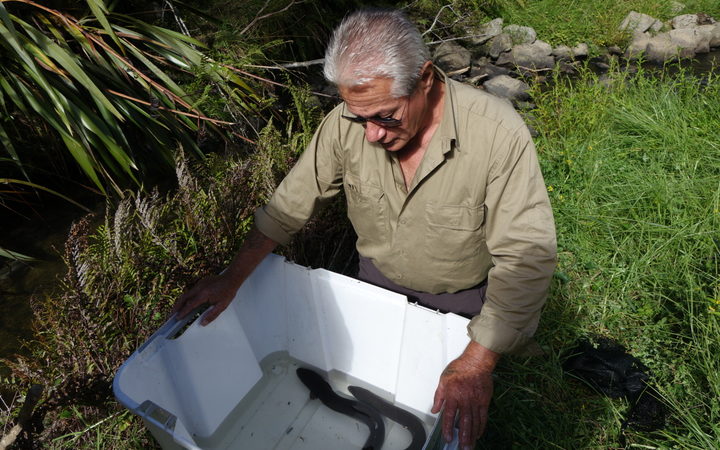 Millan Ruka and his helpers have been lugging fyke nets, poles, and unwieldy measuring troughs up and down the Wairua and Northern Wairoa rivers. Photo: RNZ / Lois Williams

The females don't breed till they're at least 30 years old and they do it just once, swimming off to the Tonga Trench to spawn and die.

Nathan Warner, who grew up near Wairua River and helped with the survey, said 20 years ago there would have been one or two really big long-fins in every deep pool in the Karukaru stream and plenty of shortfins.

"From what I can see, the eels are predominantly short fins, but I remember in my youth we ate mainly the long-fin variety."

But that was no longer the case and though there's an allowable cultural take of 10 tonnes, marae up and down the river could no longer rely on catching a feed of eels for their manuhiri.

NIWA's eel expert Don Jellyman said the big eels should be there.

"There is a maximum size limit - commercial fishers have to return to the stream any eels that are four kilos and above," Dr Jellyman said.

"So we'd always hope there'd be a residual population of large eels that may have been previously caught but released by commercial fishers. That's a concern if they're not there."

Although the longfin eel is classed as 'at-risk and declining', commercial fishers are allowed to take 34 tonnes of longfins a year from northern rivers.

The total allowable catch was reduced from 39 tonnes last year, based on estimates of the relative abundance of the fish. 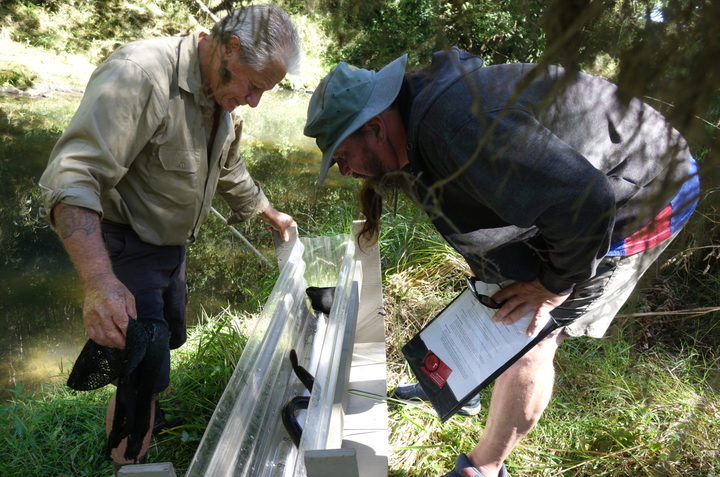 But those fisheries estimates did not tally with what Mr Warner had seen during their survey.

"When I was a kid, if we were standing in a river like this I'd expect to see big fat tuna, [eels] curled up in those little pools just waiting for you to turn up with a gaffe and throw them up on the bank," he said.

"But while the water's still flowing, one of these valuable assets that should be there, is not."

MPI said it had spoken to the commercial fisher who worked part of the Wairua river during the survey.

But the fisherman was a quota holder, and MPI had no power to restrict his activities, it said.

Fisheries NZ could restrict commercial activity for sustainability or cultural reasons, but there were no such restrictions applying in the area where Mr Ruka conducted the survey.

MPI says commercial fishers are required to report regularly on where they are fishing, and the ministry commissions scientific studies to ensure numbers remain sustainable.

It said 36 percent of the eel habitat around the country was commercially fished, leaving the remaining 64 percent as a refuge from commercial fishing.

However, Mr Ruka said MPI had no way of knowing whether the take in a particular catchment within the northern fisheries zone, stretching from south of Auckland to Cape Reinga, was becoming unsustainable.

"Our rohe awa [rivers in our district] has reached that point, but no-one has a concern that great lengths of the Wairua River have been decimated," he said.