The leading spokesperson for a group representing victims of the Pike River mine disaster has quit over requests to sign a confidentiality agreement. 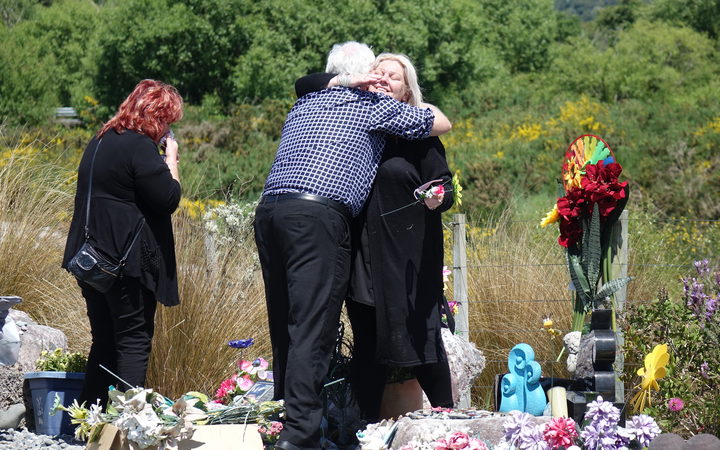 Sonya Rockhouse receives a hug from Bernie Monk at Atarau, a memorial site near the Pike River Mine. Both lost sons when the mine exploded in 2010. Photo: RNZ / Conan Young

The Pike River Recovery Agency (PRRA) works in partnership with Pike River Families Reference Group, which has created a confidentiality agreement to ensure officials will trust them with sensitive information.

The group acts as a conduit between the families of the 29 men who died in the mine explosions in 2010, and police and officials leading the re-entry effort.

The members were not forced to sign the agreement but did so voluntarily.

Spokesperson Bernie Monk told Morning Report some of the families he represented were upset they might be excluded from information.

"The thing is that the family group was set up to be the eyes and ears for the recovery of the drift - as far as I'm concerned that job has been done.

"If a family member rings me up today and asks me a question, I want to be able to tell them today. As I am still spokesperson for the Pike River families, I've always said that my door is open 24 hours a day seven days a week and I want to keep it that way.

"There are things that I want out in the public and I just can't see it being done the way the FRG is trying to set it up."

Although he had originally signed the document, Mr Monk said he changed his mind after talking with the families.

"I went back and I said, 'look, you've got to trust us on this and we will feed you the information when it's better tabled' and stuff like that. Some of them were quite upset.

"I thought about it overnight and I thought well these families are right. I shouldn't be doing that, that wasn't my job, that wasn't what I was put there to do."

Mr Monk said he didn't want to be muzzled by the agreement.

"I think that just to sign into things and be muzzled, whether it's a memorandum or confidentiality [agreement] or whatever, I just don't want to be a part of that so I just walked away."

Despite leaving his role, Mr Monk said he still expected to receive regular updates from the authorities.

"There's no reason why I can't just go to the Agency and ask for myself, the police have already stated that they'll feed me any information from them, exactly what the FRG are getting.

"If the FRG want to get in contact with me on other things I'm doing, I'm only too pleased to share that with them."

However, the new spokesperson for the group, Anna Osborne, said Mr Monk wanted to look into the cause of the second explosion at the mine and that was different to the group's focus.

"We respect what Bernie wants to do, but we're focused on what we promised to the families and that was to get a phased re-entry of the drift and to make sure that we can get any evidence and stuff like that brought to the surface so that hopefully prosecution can be held in the future." 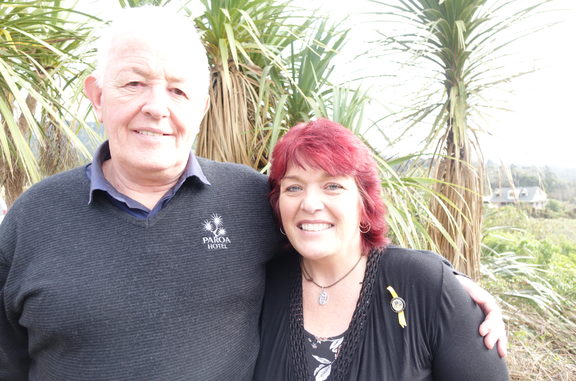 The aim of the agreement was to tighten up the way it handled sensitive information it received from PRRA and police, Ms Osborne said.

"Because at some stage, you know, we will be trusted with information that can't quite go out to the families just yet, whether that be around dates of certain events happening.

"In the past, families have been let down so many times that we don't want to give them false hope by thinking that there's something that's going to happen at a certain date and then it goes by without it happening so to prevent things like that."

Ms Osborne said it also reinforced the respect they had for the PRRA and police's trust in them.

"The Agency or the police want to be able to talk openly and freely to the FRG members ... so what it is, is just making sure we have everything tight and what we can release we certainly will do, and what we can't or what we should sit on just for now, is something that we also need to respect."

The minister responsible for Pike River re-entry, Andrew Little, announced earlier this week the re-entry is scheduled for 3 May.

Ms Osborne's husband, Milton, and Mr Monk's son Michael were among the people killed in Pike River mine disaster.