Two Indian priests (or granthi) say they have been exploited since coming to work in New Zealand, earning just $2000 and $1000 respectively for six months' work. 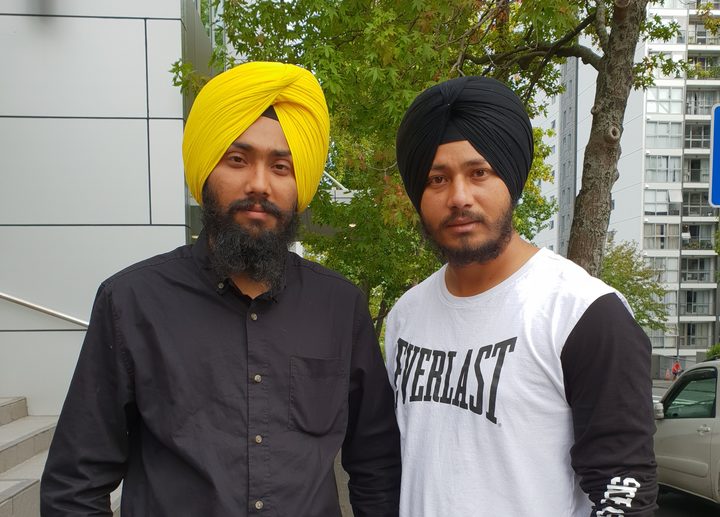 Harpreet Singh and Jaswinder Singh came to work as the head priest and religious singers at Sri Guru Singh Sabha Gurdwara, a Sikh temple in Papatoetoe, South Auckland in 2017.

They said they worked long hours and had no holidays, and have taken a claim to the Employment Relations Authority (ERA).

The two men spoke through their rights advocate and interpreter, also called Harpreet Singh, who said that they worked about 10 hours in a typical day.

They normally woke up at 4am to get ready for prayers which started half an hour later, they said.

During the day, they distributed the blessed food parshad to worshippers, tidied up the premises and taught children before leading evening prayers.

Their contract said their employer would pay them $1000 a month on top of providing them with accommodation, meals and transport expenses.

But for half a year's work, Harpreet Singh only received $2000 while Jaswinder Singh was paid $1000 in cash, they said through the advocate.

"We're very unhappy about it that we were paid so little by our employer. We believe that it's even illegal as per the New Zealand laws," Harpreet Singh said.

Harpreet Singh and Jaswinder Singh say they shared a small room with a leaking roof in the temple.

They said they were sleeping on mattresses and stuck newspapers on the curtainless windows, and their food was largely donated by devotees - these should have a value of $280 per week for each of them according to their contract.

Jaswinder Singh said he got a leg infection after sleeping on the damp mattress.

"We did not expect we'll be living in such pitiable conditions. We had very high dreams and all our dreams were destroyed in front of our eyes. We're very disappointed," he said.

However, the temple's convenor Harnek Singh said they treated the two men with good faith and denied their allegations.

He said the two priests barely worked five hours per day and only taught children on Saturdays.

They were not asked to maintain the premises but just clean up after themselves - and he denied their room leaked.

Harnek Singh said the priests asked him to delay part of their wage payments until they had left the country.

He added his Sikh temple was more radical than the majority of the Sikh community in New Zealand, and believed this case was part of a bigger plot hatched against him.

"They're just making allegations and we'll explain to the ERA," Harnek Singh said, regarding the upcoming meeting at the ERA in July after two unsuccessful mediation sessions.

Employment law advocate May Moncur is acting on behalf of the two men and has come across similar cases involving the Sikh community.

"It's very difficult for them to speak out. A lot of them just stayed quiet," Ms Moncur said.

"I think maybe the government and the authorities need to look at the matter to make sure the law can be upheld in a more effective manner to encourage the workers to exercise their rights."

"A fair work environment needs to be established," he said.

The two men's advocate Harpreet Singh, who's the founder of Sikh Awareness, said they were aware of a few Sikh temples not paying their religious workers properly.

"We're trying our best to make sure that this doesn't happen in the future by highlighting those cases, so the employers think twice before they're trying to take advantage of the religious workers who are not aware of their rights."