A 25-year-old worker has died after being struck by a vehicle on Ngauranga Gorge in Wellington. 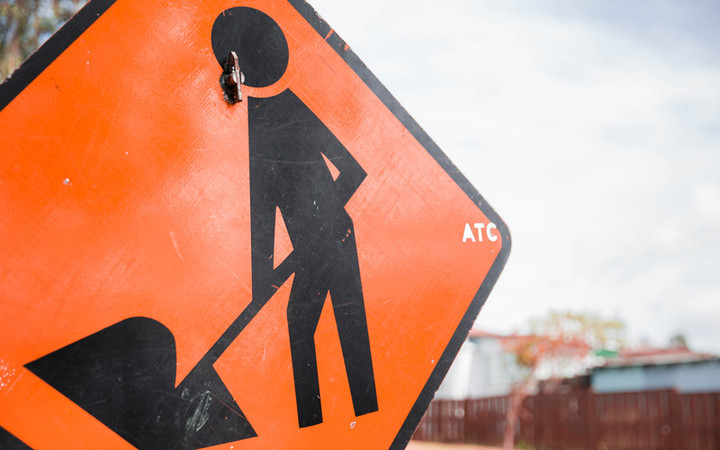 A 25-year-old Fulton Hogan employee conducting road resurfacing has died after being hit by a car. Photo: RNZ / Cole Eastham-Farrelly

Police said early indications were that the man had been hit by a work vehicle on State Highway 1 south of Johnsonville.

Another person was taken to Hutt Hospital with moderate injuries.

The incident on the southbound lanes of SH1 was reported to police about 9.30pm yesterday.

The Transport Agency said the workers were Fulton Hogan employees who were contracted to the agency to do resurfacing work.

The agency said police and WorkSafe NZ will be investigating, and it would carry out a safety review of the road as it does following all fatal crashes.

Last month, two Higgins workers and a company contractor died after a crash on State Highway 2, near Whakatane.

"There's a lot of abusive, angry, motorists out there that don't like to listen to the signs either - or slow down in the work site - I think a lot more needs to be done about like slowing the cars down because most of them speed through because they're in a rush to get somewhere," he said.

First Union spokesperson Jared Abbott said the circumstances of the latest fatality were not known, but it was a reminder for motorists.

"It is a timely reminder to drive carefully around people working on our roads. They work hard to ensure our roads are safer for everyone."

Four deaths was four too many, he said.

"Obviously with the number of fatalities - in what is already a dangerous job - shows that there's probably holes in system somewhere that really need to be looked at and addressed."