Auckland locals are fighting to keep a section of track severely damaged by a storm open, despite a grim assessment from the council. 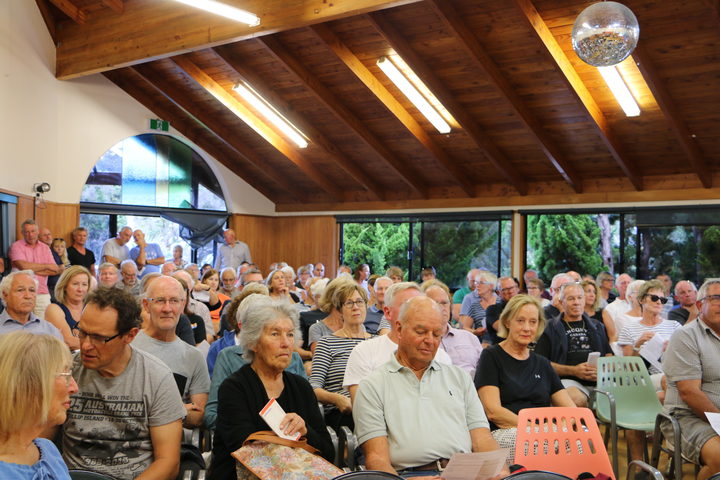 Last night about 140 people turned up to a meeting about the coastal Crows Nest Rise walkway, which is also a part of the famous Te Araroa Trail.

Locals said the pathway used to be a bustling link between Murray Bay and Mairangi Bay with beautiful sea views.

But storm damage has left behind twisted concrete slabs and an unstable boardwalk.

And fears of further coastal erosion is keeping two-thirds of the 750 metre walkway closed to the public.

One resident, Adele Lendich, said she's fed up with the wait.

"The bureaucracy and crap that's going on, nothing is being done. We walk this track every single day, I have never seen anyone from council do any maintenance on this walkway - we're lucky if the lawns get mown once a month."

They included closing off the track completely, which would still cost more than $400,000.

A partial repair comes with a price tag of nearly $700,000, while a full repair job would reach nearly $1.5 million. 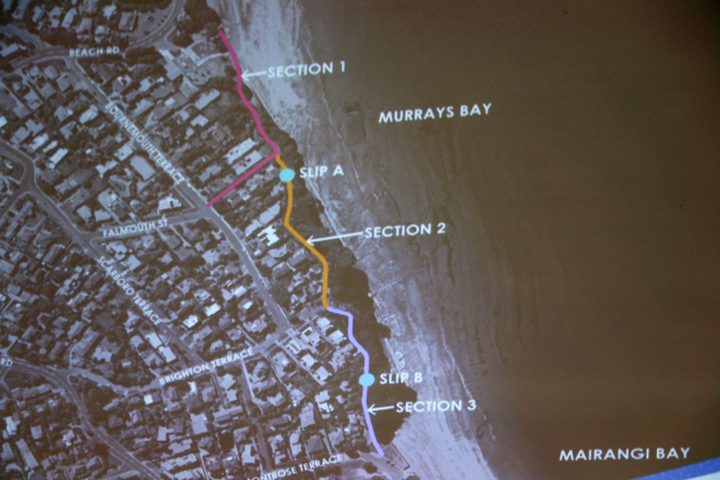 A map indicating the position of the slips Photo: Supplied

Council geotech specialist Charlie Brightman admitted they had not been able to test any other weak spots in the walkway.

He said while all options were being considered, patching up this part of the walkway could be futile.

"When I've fixed up roading up north and you fix one bit and you know it's a sticking plaster, they haven't got the money to do it. It's the same when you've fixed up but you know in two years' time you're going to come back and do another bit." 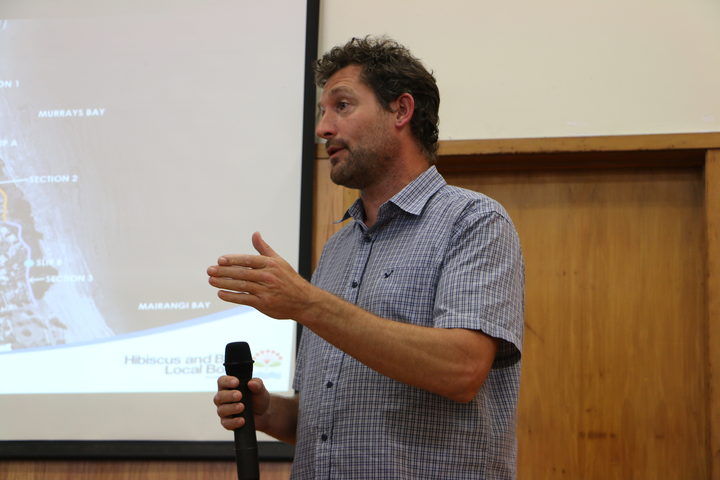 Charlie Brightman said patching up this part of the coast could be futile. Photo: RNZ / Jessie Chiang

But the chairperson of the Murrays Bay Resident Association, Josie Adriaansen, said rebuilding the track would be worth it.

Even though the repair job might only last 30 years, it would still give people time to enjoy the area, she said.

Other solutions raised at the meeting included building a separate boardwalk above the high tide mark and working with home owners to build the track more inland.

The public now have a week to vote on the options.

The results will be presented to the Hibiscus and Bays Local Board in June.