The man who broke a Len Lye sculpture on Wellington's waterfront last year has been fined and ordered to do community service. 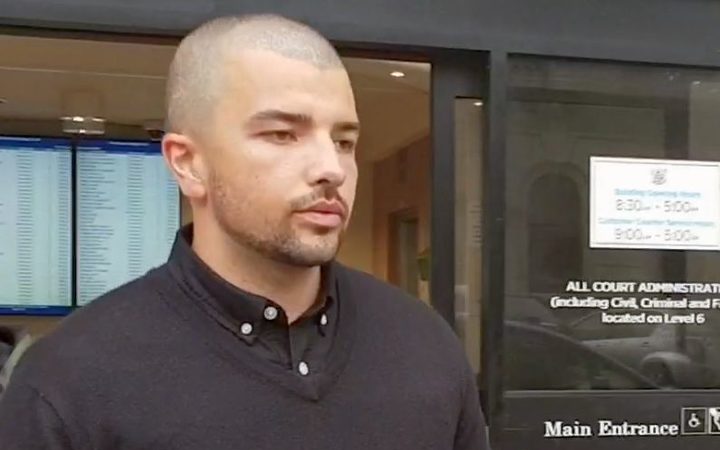 Hunter MacDonald swung on the artwork, in a video that went viral last October.

In the Wellington District Court today he was ordered to pay $1000, at $50 a week, toward signage warning people against touching the sculpture.

He was also sentenced to 150 hours community service.

In her summing up, Judge Jan Kelly told MacDonald she could not order him to pay the $50,000 because of his "limited means".

The cost to repair and replace the sculpture was covered by insurance, however Judge Kelly said MacDonald needed to be aware the insurance company may try to claim that money from him in a separate civil court case.

MacDonald's lawyer Carrie Parkin said he had suffered significantly due to the offending.

"He has suffered a substantial brain injury, which came dangerously close to being fatal. He also lost his employment as a result of the associated publicity.

"He's been subjected to significant online ongoing criticism from the public as well as some fairly malicious [content] on social media."

"It was a few moments of stupidity that could have cost him his life."

Judge Kelly acknowledged the hardship he had faced and accepted the offending as "reckless and stupid".

"[This sentence is to] hold you accountable for the harm done to the community by your offending, to promote in you a sense of responsibly for and acknowledgement of that harm and to provide some reparation for the harm done."

She said the sentence was to deter others from committing the same or similar offences.

"To your credit you attended a restorative justice conference with representatives from Wellington City Council, the Sculpture Trust and the Len Lye Foundation. You apologised for your offending."

"All parties agreed it would be good for you to pay for new signage when the sculpture is fixed and for you to visit the Len Lye centre in New Plymouth."

He pleaded guilt to intentional damage on 8 October last year. The offence carries a maximum penalty of seven years' jail.