A breach of a home detention charge against a young Auckland woman who killed teenager Nathan Kraatskow in a hit and run has been dropped. 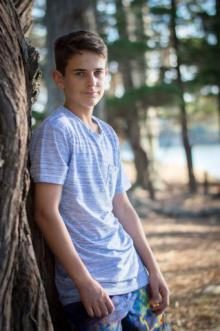 A breach of a home detention charge against a young woman who killed a teenager in a hit and run has been dropped.

She was also disqualified from driving.

Le Roux had been drinking and smoking marijuana at the time of the accident.

The Department of Corrections said it was not pursuing a charge that was laid against Le Roux for failing to answer the door when probation officers knocked.

It said the charge would be replaced by an alternate sanction.

The department said alternative sanctions could include a formal warning, increased contact with Community Corrections, the reduction or cancellation of any approved absences, prosecution or submission of an application to cancel the sentence and have the offender re-sentenced

It said consideration would be given to the seriousness of the breach and the offender's history of non-compliance.

The parents of Nathan Kraatskow launched a petition in December asking for Le Roux's sentence to be appealed but Crown Law said it was appropriate.