A 28-year-old man has been charged with wilful damage over breaking the $300,000 Len Lye scupture on Wellington's waterfront.

The Water Whirler sculpture was snapped in when the man climbed to the top of it.

In a video, Hunter MacDonald apologised and promised to do whatever was required to make amends.

Wellington mayor Justin Lester said while the apology was nice, pursing a civil claim against Mr MacDonald was pointless.

But he would like to see some community service, and a court may decide to force some reparation.

"It's just a really silly act and rightfully Wellingtonians have been very, very disappointed."

The court appearance is due in the next couple of weeks. 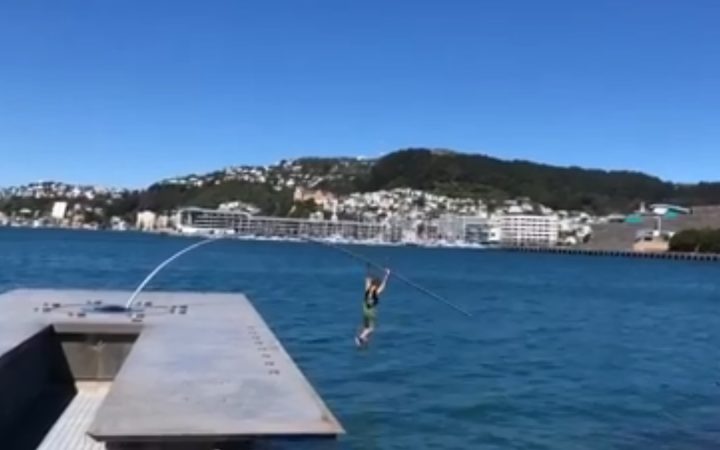 The Wellington waterfront sculpture by Len Lye was snapped by a man swinging from it. Photo: VicDeals