A Canadian student, denied an exchange to Victoria University because of her mental illness, has laid a complaint with the Human Rights Commission. 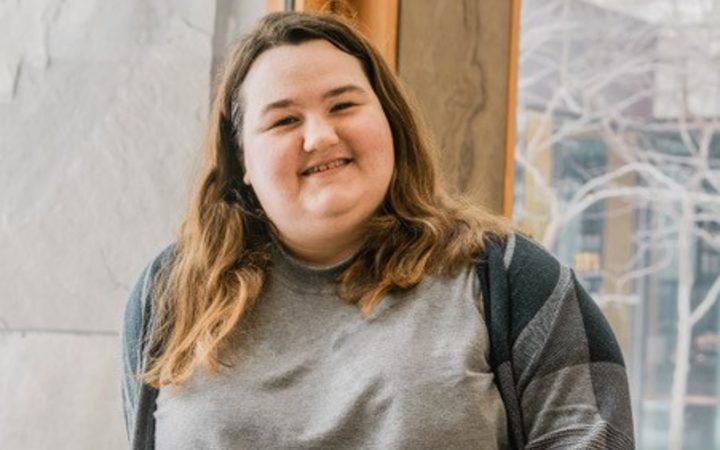 Kristin Legault says Victoria University did not seek advice from her psychiatrist or psychologist in Canada before rejecting her application. Photo: Supplied

Last year RNZ reported on Kristin Legault who would have - all going to plan - been studying in New Zealand now.

However, upon telling the tertiary institute she had bipolar disorder, her offer of study was revoked.

Her voluntary disclosure prompted the university to ask for a raft of medical information, but it did not seek advice from Ms Legault's psychiatrist or psychologist in Canada.

New Zealand human rights lawyer Frances Joychild said it could not have made an informed decision without doing this.

"You need to check that with her own medical people in Canada, you can't make a decision without actually talking to those people who created her own medical file and as I understand it neither her psychologist nor her psychiatrist were approached."

Ms Joychild said it was unlawful to discriminate against someone with a mental illness unless there was reason to believe they would be a risk to themselves or others.

"Now given that she's very proactive in managing her mental disability and that she already had a psychologist and psychiatrist in NZ, the support of her college back in Canada, her primary parents and her own psychologist to come to NZ for a term, it's very difficult to see how she would have been a risk to herself or others."

Victoria University refused to be interviewed on this but in a statement its acting provost Linda Trenberth said it had not been made aware of a complaint.

Ms Trenberth said the university was confident it had made the right decision and had not breached the Human Rights Act.

She said it would co-operate fully with the commission's process, if asked to.

He said the university may have also breached the United Nations Convention on the Rights of Persons with Disabilities, which New Zealand is party to.

"If it took its responsibilities seriously it would be looking at ways of ensuring that there's a wide and encompassing duty to accommodate in the education sphere, the workplace and in other places to ensure people with disabilities don't suffer any undue hardship in trying to have an equal place in their society."

Mr Lynk said the convention sets out standards to ensure those with disabilities have the same rights and opportunities as those without.

"It's not always easy to be able to draw the line but if that person has set up all of the healthcare needs that they're likely to have and they've taken good care of a plan b in case of a challenge emerging and that's something that the universities should be able to accept as part of the overall accommodation."

Ms Legault said the whole ordeal had left her ashamed to have a mental illness.

"It's made me fear how being public about my issues can affect my future because when I disclosed to Victoria I never expected them to discriminate against me, withdraw my offer. But they did.

"I never realised that my mental health would set such limitations on my life."

Ms Legault said she would not get the chance to go on a student exchange again, as she finishes her study in April, but hoped the complaint would encourage Victoria University to change its way of dealing with disabled students.

"I'm also hoping that [training will be provided] to all relevant employees, supervisors and managers with ... particular attention to the accommodation of people with disabilities.

"I'm also hoping [Victoria University] will establish a comprehensive anti-discrimination policy which conforms to the requirements of the NZ Human Rights Act."

Ms Joychild said there was still a lot of discrimination and fear about mental illnesses such as bipolar and schizophrenia, and she hoped the decision had not been made out of prejudice.

"If you've got something like bipolar where you've got just as much ability to contribute to society, just as much creativity, intelligence and all that but you're being held back by stigma.

"If it was stigma and prejudice rather than something based on fact then that's deeply concerning."

Ms Legault's case would be reviewed by a mediator at the Human Rights Commission and then both parties would be notified.

Victoria University Provost Wendy Larner said the university had been notified of the complaint on March 7.

“We will cooperate fully with the Commission’s process," she said. "There is considerable incorrect information in the public arena regarding this situation and we therefore welcome an investigation by the Commission.

"We are confident that we made the correct decision in this case and that our actions are not in breach of the Human Rights Act.

“As this matter is now before the Human Rights Commission, we will not be commenting further.”

RNZ sought to clarify what information was incorrect within this story but the university would not say. It said it would set that out in its detailed response to the Human Rights Commission.