The nurses union has warned hospitals' ability to cope with major disasters is at risk because nurses cannot afford to live nearby. 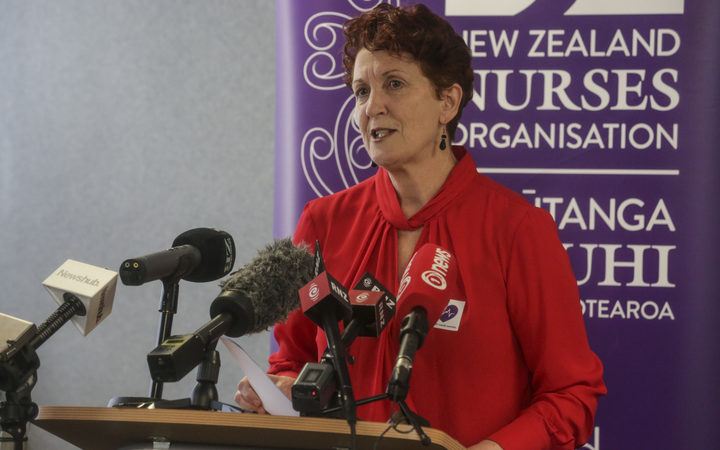 Union representative Cee Payne told MPs men were not interested in nursing and so it would "always be women's work". Photo: RNZ / Richard Tindiller

Wellington nurse Katrina Hopkinson said while nurses were skilled professionals, many were struggling to pay their bills.

The result was that only a quarter of the nurses Ms Hopkinson worked with lived within walking distance of their hospital.

"We can't afford to live in the communities we nurse in, we're priced out of these neighbourhoods."

12 years ago when she started, nurses lived in the central city, but that was no longer the case.

"They're commuting from Featherston, from up the Kapiti Coast, Upper Hutt; they're a long way away and they won't be able to make it to us after an earthquake."

Cee Payne from the union told MPs men were not interested in nursing and so it would "always be women's work", with the ratio of men in the profession never having topped 5-percent.

The union is currently in a pay equity process with the State Services Commission, she said, but they are still looking for a comparable male-dominated profession, and it was by no means clear how much more money nurses would end up getting.

The Nurses' Organisation settled a protracted pay row with district health boards in August, agreeing to a $520 million deal that included $38m to employ an extra 500 nurses immediately.

Health Minister David Clark said the problem of nurses not living near hospitals had not been raised with him recently but he was sure hospitals were prepared.

"I'm confident DHBs do significant emergency planning and this will be an issue they have looked at," he said.

Capital and Coast DHB said it was not possible to accurately plan how many of its staff would be able to reach their place of work after a disaster, but all its services had emergency response plans.