A report into the country's mental health services describes patients and families pleading for help from a failing system. 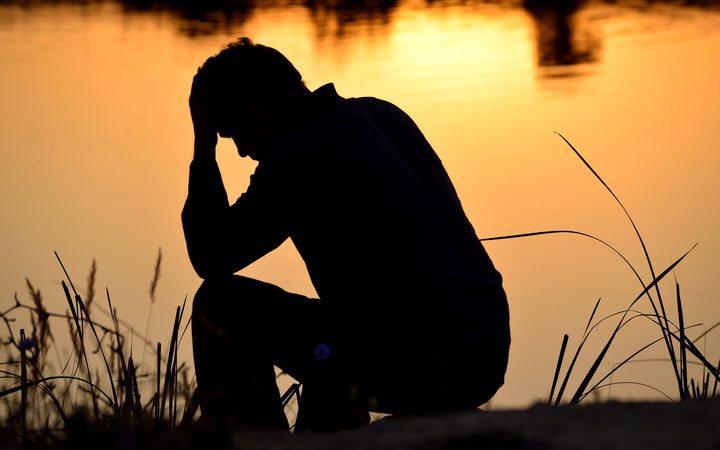 The Inquiry into Mental Health and Addiction is the country's sixth and the most comprehensive since the Mason Report 22 years ago.

More than 5200 people made submissions about what they want changed.

They said the mental health system was hard to navigate, of variable quality and had shabby facilities.

When William Campbell was 26 years old, he walked out of a mental health ward and took his own life.

His parents had warned staff the day before that William was going to kill himself, but he was let out of the ward on unaccompanied leave.

His mother Liz Campbell, a retired counsellor, said during the five years William was in the system, his mental health deteriorated from mild to severe and he developed schizophrenia.

She said improving services for people outside the top 3 percent with the most severe mental health needs was long overdue.

"We've got so many people in distress, who are not severely unwell and don't get help," she said.

"That was the case with William - we couldn't get him help for years because he refused to acknowledge that he was unwell. The more he deteriorated, the more he didn't realise how unwell he was.

"Because he wasn't seen as being severe enough, we couldn't get him assistance."

Mrs Campbell said recognising the link between mental health and addiction was also a breakthrough.

The report's recommendations would "reduce some of the enormous burden of suffering and misery that we're seeing in mental health", he said.

"What I think this report has really highlighted well is what's happened in people's lives, the disadvantage, the poverty, the abuse and family background - social factors really impact on people having mental health problems and those problems are really exacerbated by alcohol."

Prof Sellman said the proposed excise tax on alcohol would also be beneficial to improving the state of mental health.

"It's going to [improve mental health] by reducing alcohol use and reducing heavy hazardous drinking, which is in behind the violence, the chaos and the mayhem and causing family disruption. There are indirect links but they are well established associations."

However, Robyn Walker said there was too much emphasis in the report on drugs, alcohol and addiction.

For her, the priority should be suicide and its impact.

According to the report, the country has stubbornly high suicide rates. Each year, 20,000 New Zealanders try to kill themselves and in 2015, 525 people died by suicide.

Ms Walker said after her husband committed suicide, she and her three children sought help .

"We weren't seen as significant.

"It was a one-off, 'yes this is a normal response to a suicide ... this is what you should go through'. But if that's not addressed, it becomes a trauma... The trauma leads to someone being unwell, the unwellness is not treated," she said

Ms Walker agreed with the report's findings that the current system was set up to respond to people with a diagnosed mental illness, but did not respond well to people who were seriously distressed.

"Even when it responds to people with a mental illness, it does so through a narrow lens," the report said.

The inquiry panel recommends the government urgently complete and implement a national suicide prevention strategy, with the aim of cutting the suicide rate by 20 percent by 2030. The strategy has not been updated since 2016.

Jane Stevens, whose son died while he was staying at a Hamilton mental health facility, made a submission to the inquiry and spoke to the panel as part of the Bereaved Whānau Network.

Ms Stevens told Morning Report she was hopeful that changes would be made but was concerned about progress to a zero suicide target - which the prime minister had promised.

"I'm pretty shocked to be honest. I think it sends the wrong message. I believe that not even one suicide is acceptable.

"My challenge to them is to hold with what they have absolutely promised the people of this country that they will do."

She said a collective approach - between communities and the government - was the only way to improve the state of mental health.

"It is one of the concerns that I have, that this doesn't become a political football and get thrown up in the air by the different parties - that they actually start working together."

"They have to. Everybody's going to have to play their role in this and put aside some of their personal party politics, if they don't then we're not going to see the change that we need in this country."

While the report acknowledged failings in the mental health system, she said it failed to acknowledge any form of reconciliation.

Christchurch woman Sarah Killoh said the target was too low.

"I know we're not perfect but I think a 90 percent reduction would be far better.

"Kids that are not even at school yet in 2030 could be at the age of looking at suicide.

Ms Killoh has used both inpatient and outpatient mental health services for many years.

She liked the idea of the proposed new Mental Health and Wellbeing Commission, which would act as a watchdog, provide leadership for the mental health sector, and ensure treatment was consistent across the country .

People should not underestimate the importance of wellbeing in their lives, she said.

"Wanting community support for people, the need for sleep, nutrition and exercise, getting to the root of stuff ... that's what wellbeing is about.

"That's what is essential for everybody and I think it's missed in the mental health sector."

Ms Walker said the government should take on board the inquiry panel's recommendations.

"Stop using this as a political football and ... listen to the people," she said.

The government will deliver its response in March next year.