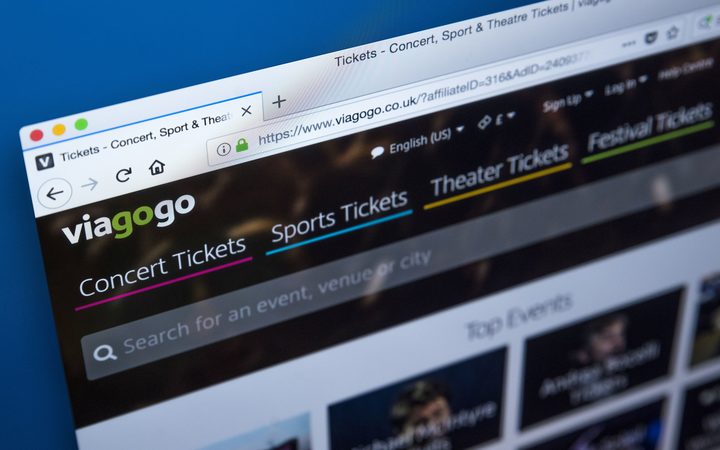 The government [https://www.radionz.co.nz/news/political/383908/ticket-scalping-crackdown-govt-targets-unfair-practice has released a series of proposals to counter ticket scalping, including capping the price at which people can re-sell tickets so concert-goers don't pay eye watering amounts.

Ticketek said there was space for it to launch its own re-selling website in New Zealand - one that caps prices and doesn't have any hidden expenses.

"It's been really well received in Australia - by both the promoters and the customer - so it is something that we are looking at, at the moment," she said.

She said there were often genuine reasons why people had to sell tickets, and its website had strict criteria.

"It provides customers with the opportunity to do that, but you can't do it for inflated prices - so the price is capped and it is really just to cover any initial fees etc. that you may have incurred when you did the first initial purchase," she said.

As well as price caps on re-selling tickets, the government also suggested enforcing clear price and seat-location details, and banning ticket-buying bots which are used to purchase multiple tickets which are then re-sold at a significant mark-up.

The government singled-out global re-seller Viagogo as well, for selling tickets at inflated prices, as well as fake ones.

More than 400 complaints have been lodged with the Commerce Commission since 2017 about the re-seller.

The watchdog, Consumer New Zealand, was relieved. Its head of research Jessica Wilson said it had been the wild west for too long and regulation was needed.

"There are no effective rules around scalping and it's really been difficult to clamp down on this kind of practice - so that's why we do need legislative change here - and we do need some hard and fast rules around what you can do if you're re-selling a ticket," she said.

The Commerce Commission hit a snag last month against Viagogo in the High Court.

The authority accused the Geneva-based company of making misleading claims about the availability of tickets and advertising incorrect prices - breaching the Fair Trading Act.

However, Justice Courtney declined the application for an interim injunction, citing jurisdiction.

For now, Viagogo can continue to operate.

"Most of the tickets were either fake or exorbitant prices for something that wasn't that big of a price margin to start with ... it's not fair for the people that really enjoy the artist and want to go and watch them," he said.

Consultation on the government's proposals are open to public until 18 April - after which legislation would be drafted.