A tearful 9-year-old and his mother, turned away from a Bruno Mars concert after finding out their $700 tickets were fake, have been helped out by two kind individuals. 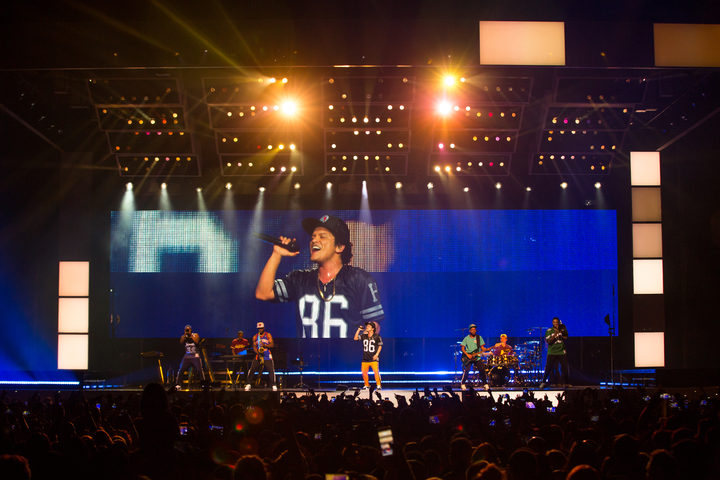 Jessie and her 9-year-old son, Nariah, travelled from Christchurch to Auckland this week after getting the tickets for Christmas from the boy's grandmother.

Carmen Bird, who helped the two outside Spark Arena last night, said the grandmother had bought the tickets for $700 from ticket resale site Viagogo.

Jessie phoned Nariah's nana who said she would buy more tickets, but the concert was sold out, she said.

The boy was in tears.

"We said to them 'we'll sort it out, don't worry' ...I don't think they quite believed that we would."

Ms Bird posted on Facebook to see if anyone with tickets was no longer going, but in the end she and her friend Alison Brewer decided to give their tickets to the two.

"It was a no brainer," she said. "They were happy, they were stoked."

Consumer NZ chief executive Sue Chetwin said buyers should beware when buying tickets from sites that were not authorised.

"The reseller market was meant to be if you had a ticket and couldn't go then there would be this market. But what it's turned into is what Viagogo is doing - ripping people off blind."

She said Consumer NZ was investigating Viagogo, as was Australia's consumer regulator.

"We certainly have joined other consumer organisations around the world. We've investigated [Viagogo] and their tickets are shonky quite a lot of the time ... we think people should avoid them."

In response to questions about fake ticketing, Viagogo emailed RNZ a link to the Frequently Asked Questions section of its website, which said it provided redress for customers who could prove their tickets did not get them into the event.

However, Ticketek managing director Trina Tamati said there was no tell-tale sign a ticket was fake.

"If you have purchased and you're concerned, I would make sure you check who the official ticket agency is before you get to the venue, and give the official ticketing office a call and double-check the legitimacy of the tickets."

Ticketmaster is the ticketing agent for the Bruno Mars shows but has not responded to repeated requests for comment.

Bruno Mars will perform in Auckland again at sold-shows on Friday and Saturday nights.