Christmas shoppers are increasingly avoiding the last-minute dash to the store by going online.

However, consumer advocates are warning people against traders touting deals that are too good to be true. 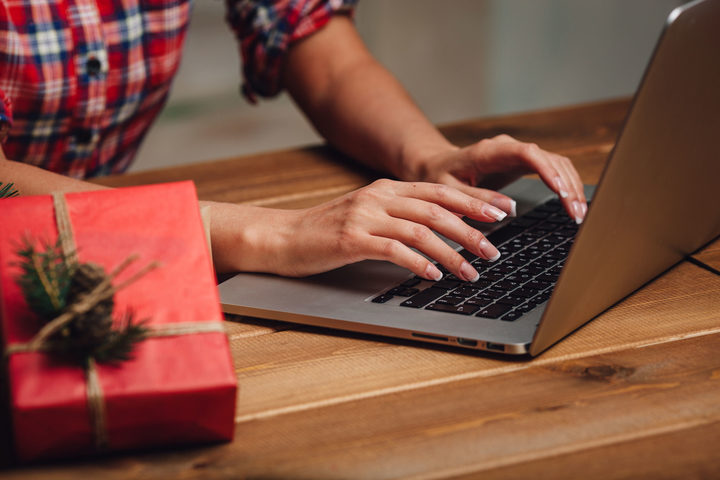 Christmas shoppers are increasingly avoiding the last-minute dash to the store by going online. Photo: chesterf/123RF

Nell - who did not want her full name used - thought she had found the perfect place to shop for her nephews at mybabystore.co.nz, which was the first result to pop up in a Google search for personalised baby gifts.

"They had something on the website that looked like exactly what I wanted, they could do it and they were really forward with their emails straight away until they gave me their bank account details and I said, 'Yep, I'll get that in as long as I can get it by next Wednesday'."

She transferred the money. "And then all communication stopped."

The goods did not arrive and there was no reply to Nell's increasingly angry emails.

On a friend's advice, she copied a chunk of text from the website and pasted it into Google, which led to a website with a different name but a very similar design.

She did the same with the web company that designed the site, and found identical websites registered all over the world.

A Google search reveals mybabystore in Australia has received numerous negative reviews from people saying they hadn't received any goods. The site is no longer operational.

Nell's brother works for her bank and he spoke with the fraud team, which contacted the bank that holds the account into which Nell deposited her money.

"Funnily enough, I got an email pretty much within half an hour of that happening, saying they've been trying to contact me and they want to refund me now.

"My brother thinks this is them just trying to quiet me, they might actually refund me to try to stop me talking to anyone else so they can just keep doing what they're doing."

That was on 13 December and a week later Nell was still waiting for her money or any further response to her emails.

"I honestly had no idea this was even a thing. To be the first result on Google for 'personalised baby gifts', I would have thought would be a pretty difficult thing to do. "People have to work pretty hard to get those results."

RNZ has attempted to contact the company via emails and phone numbers listed with the Domain Name Commission but has not yet received a response.

Netsafe director Martin Cocker said fake traders usually stayed beneath the radar of international law enforcement agencies by taking only small amounts of money from individuals - thousands of them - who did not bother reporting it.

"So it's quite a good model of cyber-crime. But of course if that was a gift you were waiting for at Christmas and it doesn't arrive, or you don't get quite what you wanted, it can cause quite a lot of stress and disappointment."

"The fact a website ended in .nz did not mean it was a local business," he said.

Anyone from anywhere in the world can register a New Zealand domain name, and at last count there were 703,259 websites ending in .nz.

"If you're not sure, stick with the big brands, do some research online. And just be really cautious. Try to use payment methods that give you the best chance to reverse the payment later on."

The Ministry of Business Innovation and Employment runs the Scamwatch website and Facebook page, which has alerts and tips on how to spot a scam.

The ministry's head of consumer protection, Mark Hollingsworth, said the key to avoid being scammed was to know who you were doing business with: do they have legitimate contact details? Does the company get good reviews?

"Unlike a registered trader in New Zealand, it's very difficult to get your money back... If an offer seems too good to be true, it probably is."

If you have been scammed, report it to your bank, which may be able to get some of your money back or at least stop scammers taking more, he said.

"And also tell the police and Netsafe, so they can alert others."

How to avoid being scammed:

If you think you've been scammed: