Middlemore Hospital is defending its handling of a case of suspected child abuse which meant a young mother was kept in hospital and watched closely for six days, despite new x-rays showing no evidence of an injury.

In January, an Auckland family was investigated by Oranga Tamariki and police, after doctors said they found a suspected broken arm on a one-month-old baby.

The latest x-rays have shown no evidence the baby's arm was ever broken.

For six days the mother feared her baby would be taken by Oranga Tamariki.

She admitted her one-month-old to the hospital with suspected measles, but after test results came back clear, doctors later found the baby had an unexplained hairline fracture in its right arm.

The day after the discovery, Oranga Tamariki was called in to question the family, and a lengthy investigation began.

The spokesperson for the family, Daniel Wood, said the family wanted answers.

"They are very confused and dumbfounded. If baby's arm was never broken, at which point did the hospital realise?

"Was it the two skeletal scans that were done at the hospital? If it was identified then, then why were they kept in the hospital for almost a week? Why were they then sent out of Auckland?

"They're struggling to understand how it is that anyone can have that kind of authority over a person or a family without any evidence?" 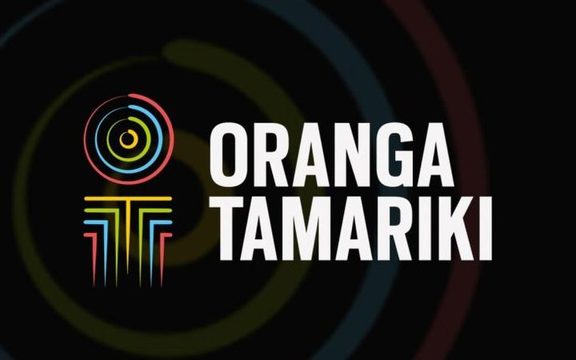 Middlemore Hospital has declined to be interviewed, and said in a statement there was no one from the hospital directly involved in the case available to speak.

It said the initial survey of the baby was highly suspicious of a fracture and a scan of the baby had been reviewed by doctors and an independent radiologist.

They believed it was appropriate to proceed on the basis that an injury had occurred; a decision, Mr Wood said, which left a young mother scared her baby would be taken away.

"They were instructed to sign a 28-day release of their child, so basically handing over authority or guardianship of their little baby for 28 days. That's troubling if that's anyone's response from day one.

"The family were extremely upset and terrified, effectively, very early on."

Mr Wood said despite demanding answers from the hospital in frequent correspondence, he had no luck.

"The hospital has become very, very tight-lipped. And the responses I'm getting in asking questions and seeking answers is very much, 'go away'."

The baby's mother was released from hospital after six days, and was ordered to stay at her parents' house with her baby while investigations continued.

She also sought help from Taranaki charitable trust 4 the kidz, which works with communities to prevent child abuse.

After learning of the mother's ordeal, its chair Carolyn Cragg took her in to give her guidance and a safe space to look after the baby.

"It was very traumatic for her, being hundreds of kilometres from her home [and] the immense stress of having to prove herself every moment of the day.

"This is 24-hour-a-day supervision. You can't be a normal parent when you are under total investigation all the time."

Ms Cragg said the woman was, in her observation, an amazing mother.

"After two days she felt she didn't have to prove herself in our house. You don't have to force yourself to pick up your child because somebody might observe you as being a neglectful mother.

"She was a great little mum and still is. I have contact with her every couple of days."

Middlemore Hospital said it acknowledged that these situations were always extremely distressing for the families involved but they were obliged to err on the side of caution in the interests of the child.

"We are legally required to gather information and plan an appropriate response. In this case, we responded in a way that was timely, sensitive and child focussed.

"When the hospital established that there was no evidence of an old or recent fracture, and we had not observed concerns about the care of the child, we reviewed the safety plan requirements."