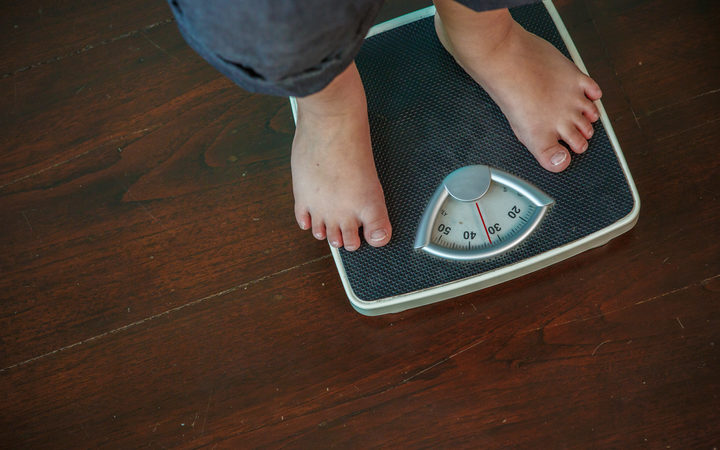 Researchers will look into the different programmes and events that could have influenced a drop in childhood obesity rates. Photo: 123rf

A study, from the Better Start National Science Challenge, has shown between 2010 to 2016 childhood obesity has fallen by about one percent in most communities studied.

The data was collected from 78 communities as part of the Ministry of Health's B4 School Check of four year olds.

University of Auckland researcher Barry Milne said the findings differed from those overseas.

"It may actually be analytically quite difficult for us to identify what the causes are for the downward trend, but it's a good thing there is a downward trend and in some respects it's saying whatever we're saying is working."

Better Start National Science Challenge director Wayne Cutfield said researchers would look into different programmes that had been introduced or events that might have influenced a change.

"Clearly, there are events that have occurred in this country in the last five years that are incredibly positive that have led to this fall in obesity [rates], which were climbing and climbing," he said.

Although most of the areas saw a small decline in obesity, the obesity baseline rates ranged from 8 to 28 percent, depending on where the children lived.

Prof Cutfield said they would address those differences between the regions.

In particular, areas such as Queenstown, South Wairarapa and Rodney Ward where less than 10 percent of children were found to be obese.

However, in place like Manurewa-Papakura, Waitomo and the Maungakiekie-Tāmaki Ward that rose to 25 percent.

"The biggest single thing is deprivation and so the automative response to that is that it's another reason to lift children out of poverty, but the fact it varies from area to area, it does make us think what is it about deprivation that makes people more likely to become obese?," she said.

She believed factors, such as children in urban areas walking more and more fast food areas in lower socioeconomic areas, could be playing a role in these statistics.