The third day of the popular Wings over Wairarapa airshow north of Wellington has been cancelled due to bad weather. 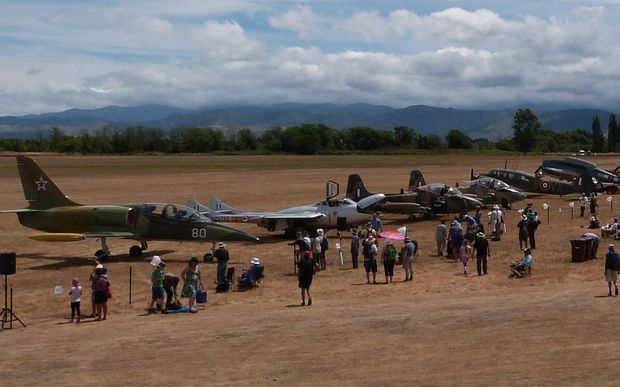 Chairman Bob Francis said the call was made because of concerns for public safety and the safety of pilots.

"We've had two amazing days but the weather's quite adverse this morning. We've had a meeting and decided that from a health and safety point of view and the ability to provide a quality show to the public we've decided to cancel."

"Sunday, as the third day, is always a quieter day but there still would've been a big crowd come in."

He said the event would lose money, but it would not be serious enough to affect its financial viability.

"We'll take a wee bit of a hit today but we've done so well over the last two days that we're confident we'll be reasonably close to meeting budget so we obviously took that into account when we discussed this earlier this morning.

"We've had an amazing run of weather, it's been about five or six weeks of hot dry weather so it's been an unusual weather pattern over the last few days and we're just pleased we got a full day yesterday.

"We'll just kick on and start planning for the next one."

Mr Francis said information for ticket-holders about getting a refund will be on the show's website later this morning.

Once the weather forecast was issued earlier in the week, ticketholders had been encouraged to use their Sunday tickets at the event yesterday.