By the weekend most of the country is expected to be dealing with rain, wind and cold temperatures. 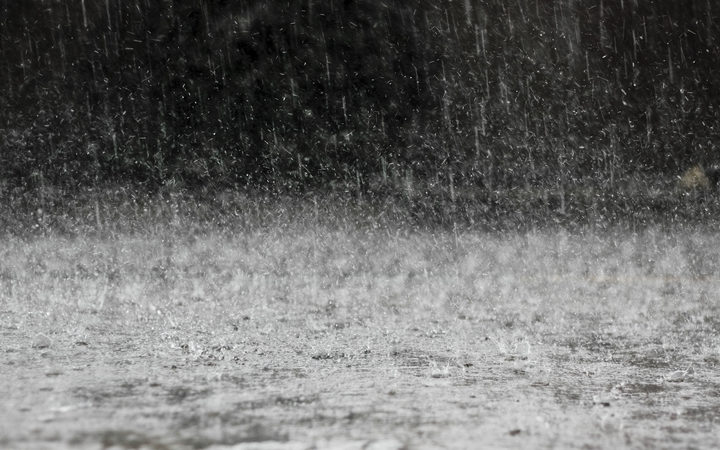 MetService meteorologist Rob Kerr said the warm air feeding Cyclone Oma had been dragged across Northland, and was bringing with it a period of heavy rain.

MetService has issued a severe weather warning, saying that between 9am and 11pm today up to 100mm of rain could fall.

It's warning that streams and rivers may rise rapidly, and surface flooding and slips are possible and driving could become hazardous.

However at this point, farmers and firefighters are welcoming the wet weather.

Rural Support coordinator Julie Jonker said it was just what the region needed and the gradual increase in intensity means it was being absorbed rather than running off at this point.

Fire and Emergency assistant area commander for Whangārei, Graeme Quensell said the rain would reduce fire risk, but the north could do with a week of it and the total fire bans would remain in place.

He said the forecast rain should be enough to top-up water tanks for many people around the region whose supplies were running low.

Mr Kerr said some of that rain would also spread to north of Auckland.

The rain in Northland could be intense at times, with up to 30mm an hour in some spots.

Mr Kerr said the rain would be good news for farmers in the region after a very dry summer.

He said almost all of the country would be affected by bad weather over the weekend, with eastern areas bearing the brunt.

After a long hot summer, and people complaining about overly warm nights, the temperatures are about to plummet.

"So we are looking at the likes of Christchurch hitting a maximum of 28C today and maybe only a maximum of 15C on Sunday," Mr Kerr said.

"Similar story for Napier, Hastings today 30C and on Monday 18, and similar story further north. So places that are in high twenties today, as it goes to the weekend will struggle to get past that 20C mark."

Severe Weather Warnings and Watches have been updated: Tararua Range now a full Warning, with upto 90mm of rain forecast by 1am Sat morning, and eastern Bay of Plenty added to Watch as rain may reach warning amounts this evening and Sat morning. https://t.co/qHyE5zhh6X ^RK pic.twitter.com/m7dKTjtFo7

He said the strongest winds and heaviest rain was expected on Sunday.

"I think there are some parts of the country that should be concerned. The strongest winds and heaviest rain on Sunday are likely to be on the eastern parts," Mr Kerr said.

"I believe Wings over Wairarapa have allowed people to upgrade their Sunday tickets to Saturday, because they are concerned that the Sunday show might be a washout, and I'm sure they will be other outdoor events that could be affected as well."

Wings over Wairarapa runs from today until Sunday.

On the event's Facebook page, its organiser said that due to the forecasted bad weather they were allowing people who had bought tickets to the Sunday show to pay an additional fee and get entry on Saturday.

The Saturday show includes a night show, and the tickets are more expensive than the Sunday ticket.

Event manager Jenny Gasson said Saturday's weather was looking okay, so they wanted to ensure people had a chance to attend.

Mrs Gasson said the ground could hold up to 50,000 people, so they had no concerns about crowd numbers.

In Christchurch, the Electric Avenue one-day festival is still on for Saturday.

Team Event marketing manager Clare Steel said the forecast for Saturday was looking better than earlier in the week.

She said they hoped to miss the worst of the weather, and were just asking people to dress appropriately and maybe bring a hat, sunglasses, and a rain coat.

In Auckland, the open air cinema in Silo Park on tonight has been cancelled due to the bad weather.