The five-times winner of the national kapa haka championships has failed to make this year's final. 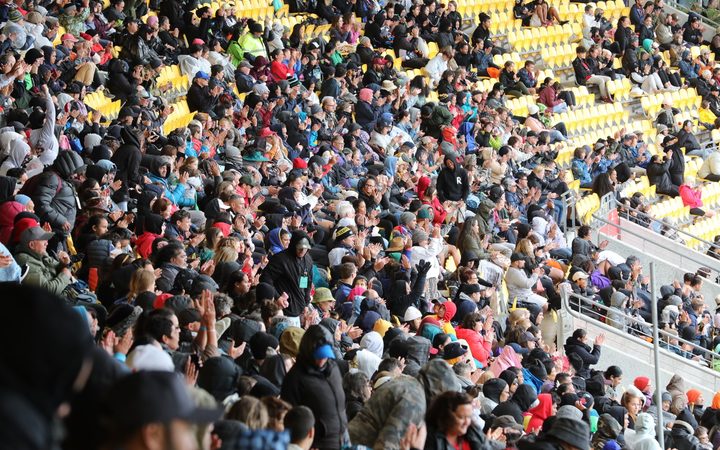 Fans have been braving the wet weather at Te Matatini at the stadium in Wellington today as the kapa haka competition closes in on the finals. Photo: RNZ / Ana Tovey

When the nine finalists were announced at Te Matatini last night, the crowd at Wellington's Westpac Stadium were shocked to hear Te Waka Huia hadn't made it.

However, the reigning champions, Whāngārā Mai Tawhiti, are through to today's final, as are the Tainui group Mōtai Tangata Rau and Te Arawa group Te Pikikotuku o Ngati Rongomai for the first time. 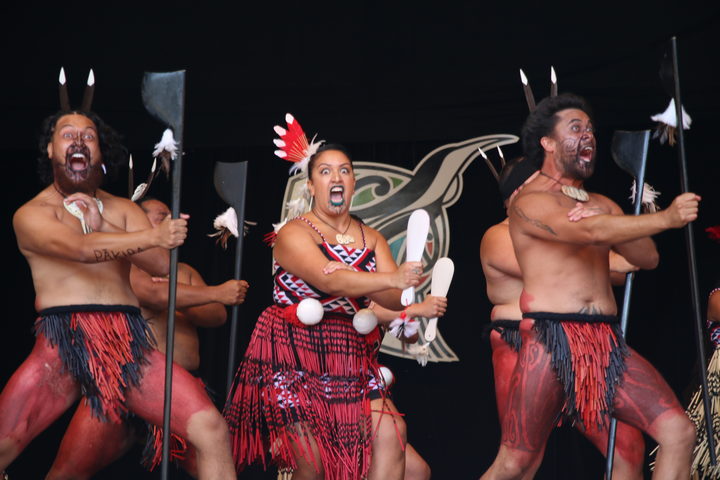 After all nine groups have performed again for the judges, the winner will be announced this afternoon.

Meanwhile the rain has set in at Te Matatini. Thousands have still arrived to watch the top nine groups performing in the finals today, though organisers are advising people to bring plenty of warm clothes.