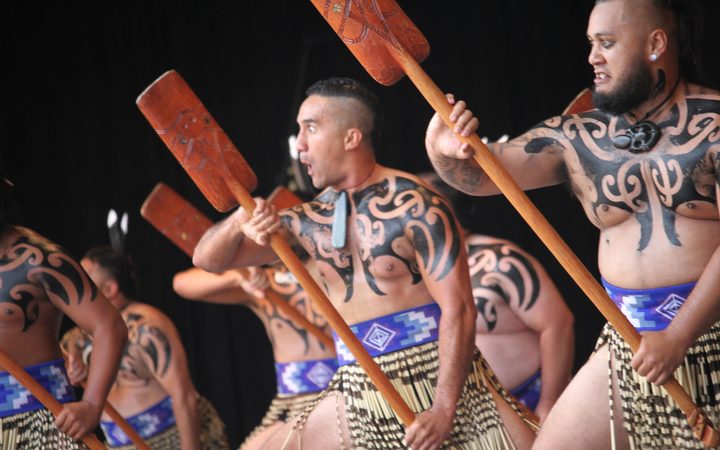 From calls to honour the treaty, to promoting te reo Māori, and bungled treaty settlements - teams are not holding back as they perform a block away from the Beehive.

As they were leaving the stage, Te Iti Kahurangi stretched out a banner that said 'Whakamana Te Tiriti' - 'validate the treaty' before ending with a rousing haka.

Hokipera Ruakere travelled from Taranaki to watch the performances and said the government has been talked about a lot, as has the Treaty of Waitangi. 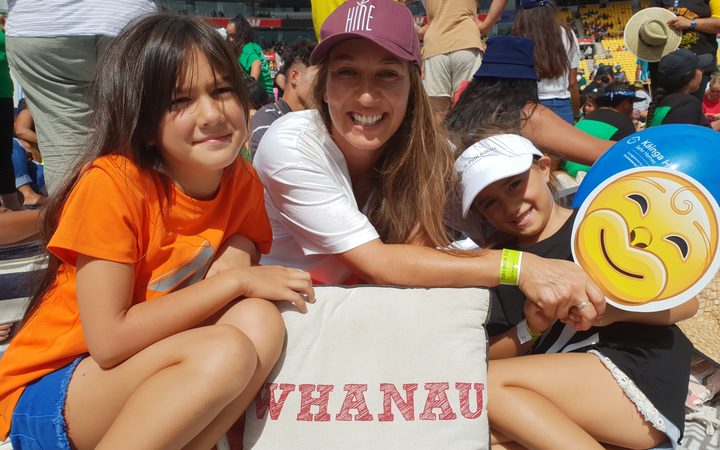 Taranaki based Hokipera Ruakere and her children were happy to hear songs about Parihaka. Photo: RNZ / Leigh-Marama McLachlan

"Te Tiriti o Waitangi came out on a big white banner and then was just tīhae - it was ripped in the middle. It was a really powerful statement," she said.

Sitting before the stage with her children, she said she was pleased to hear groups sing about Parihaka.

In the first day of performances at Te Matatini, many groups demanded more support for Te Reo Māori, for children, and celebrated Māori leaders who stood up to the Crown.

And in a gripping display, Opōtiki Mai Tawhiti raised a rope high across the stage, before dropping a noose on a performers head.

Steven Tai came down from Opōtiki to support them.

"They brought a good message about Whakatōhea losing our land and what a beautiful subject to bring, while we are here near Parliament.

"We're in Wellington, send it straight through to the Beehive." 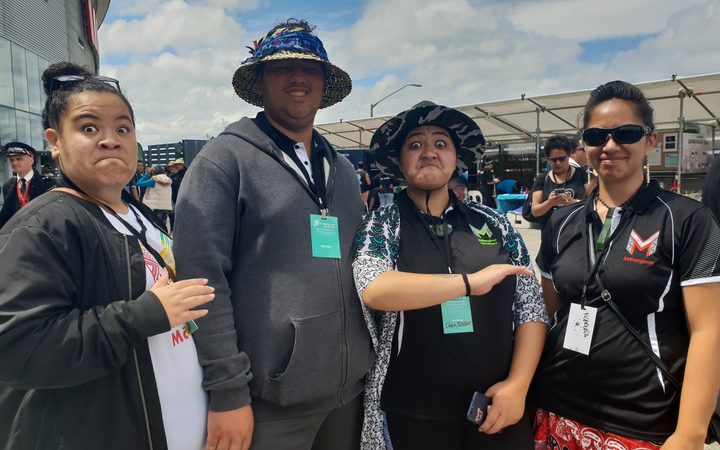 On Sunday, Sydney group Te Hoe ki Matangireia will perform a poi about Jacinda Ardern and a haka about a new Australian deportation law.

Performer Katarina Kerr said groups are using the stage to raise awareness about what is important to them.

"We are out here just trying to make everyone know that there is this rule out there - it sucks - and it is ruining our whānau's lives."

Tutor Haimona Maruera from Palmerston said Te Tū Mataora will be paying tribute to one of their leaders who recently died, and they will talk about youth suicide in their haka. 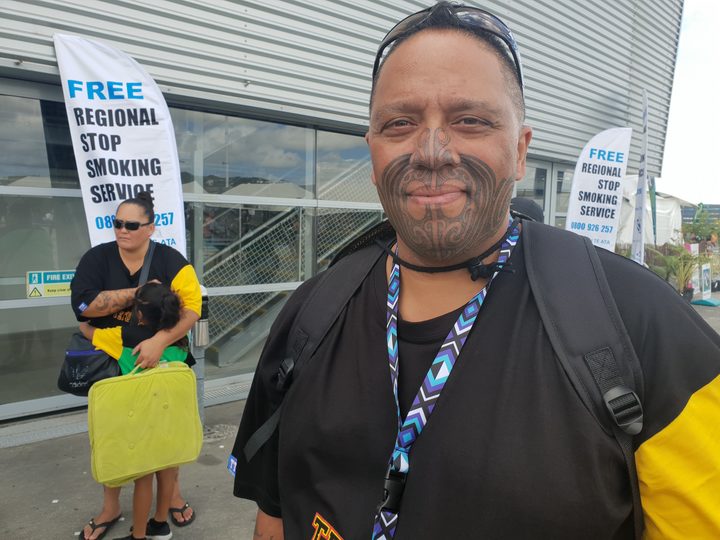 "It's the place to do it - to put it on the stage and put the message out there."

Te Amo Amaru-Tibble brought children from Te Puna Reo o Ngāti Toa along, and said it was not just because the event was in Wellington that the groups were political.

"As Māori, we are just naturally political with our history and what has happened here. We have heard some cool waiata."

So far 16 groups have had their say, but crowds will be poised to hear more as performances reveal the pulse of the Māori nation.