Family members of a teenager killed at an Auckland factory stormed out of the High Court this morning as his co-worker was sentenced. 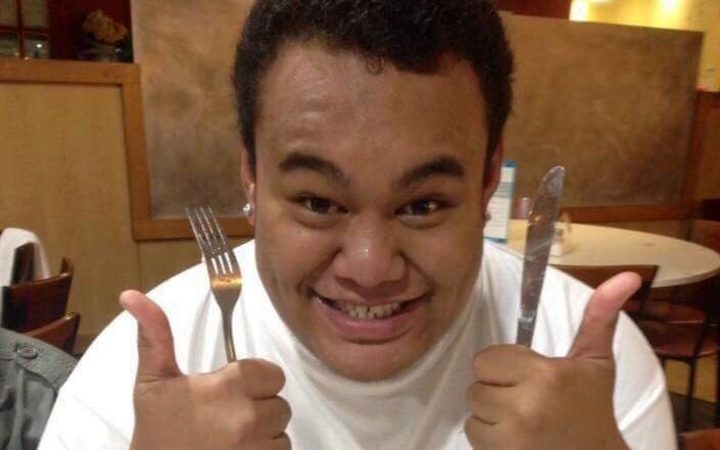 He was originally charged with assault with a weapon, but police later upgraded that charge to manslaughter.

Mr Holloway's family gripped tightly to a box of his ashes as Justice Kit Toogood handed Feleti his sentence. Others swore and stormed out of the High Court.

Mr Holloway, who was described in court today as a 'gentle giant' died in September last year.

The 19-year-old was working as a machine operator with Feleti at Charta Packaging in East Tamaki at the time.

"You were feeding cardboard through the machine while Mr Holloway and another were stacking the cut product in preparation for the next stage of the process.

"At one point you misfed cardboard through the machine causing it to fall out and onto the ground. Annoyed, Mr Holloway picked it up and threw it at you,"Justice Toogood told the court.

They then started to argue before another worker separated them and said it wasn't worth fighting as they could lose their jobs. The pair then returned to the cardboard splitting machine.

A short while later, Feleti picked up a metal T-shaped tool, weighing just over 300 grams, and threw it at Mr Holloway.

The tool hit his face and he fell to the ground, bleeding heavily. Despite Feleti's efforts to give him first aid, Mr Holloway died shortly after.

His mother, Kathryn, told the court he would have been celebrating his 21st birthday this year.

"I now won't be giving him a party for his 21st, instead I will have to plan a memorial for his birthday. He had plans of having his 21st with his family," Ms Holloway said.

She said she never thought she would have to say goodbye to her youngest child.

"My heart died that day my son left this earth. I keep searching for him in my dreams and everywhere I go, each day," Ms Holloway said.

Feleti's lawyer Lorraine Smith told the court he was horrified by the suffering he has caused Mr Holloway's family.

"He realises that not only is he marred and maimed in fact, through his actions, not only has he damaged his family but the suffering he has caused Mr Holloway's family is massive and it's ongoing," Ms Smith said.

"What you did was a gross over-reaction to what was previously, by all appearances, a relatively minor dispute. It was a juvenile act but one which had disastrous consequences," he said.

Justice Toogood considered Feleti's age, his guilty plea and remorse for his offending at sentencing.