Police Minister Stuart Nash says anecdotal evidence suggests an increase in the number of sexual assaults at the beginning of each year may be linked to students heading to university. 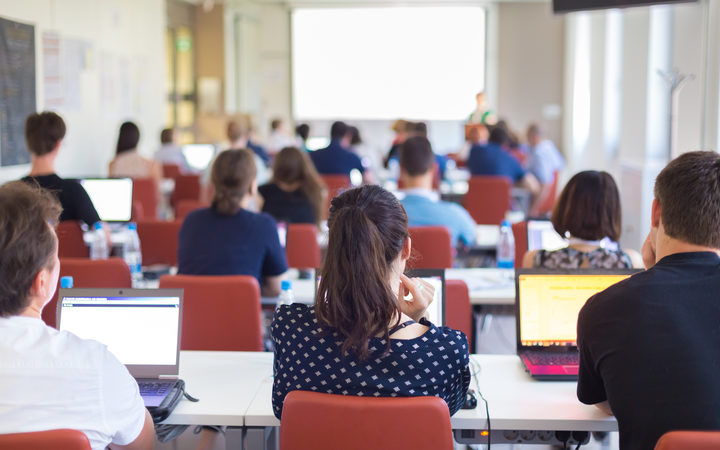 The police made the possible link when Mr Nash asked them about the trend late last year.

Of the roughly 6000 sexual assaults reported between July 2017 and July 2018, more than three quarters of the victims were female and almost half were younger than 20 years old.

Internationally, sexual assaults are recognised as being significantly underreported - it's estimated to be only about 10 percent.

An increase in sexual assaults around February and March over a number of years prompted the police minister to ask what might be to blame.

"This is when the universities go back and maybe what's happening is 18 and 19-year-olds are away from home for the first time, mixing with alcohol and orientations for example - that might be the reason,'' Mr Nash said.

"And police say maybe around this time some of the assaults that occurred over the Christmas break are only just being reported, maybe a woman has found herself pregnant."

Mr Nash stressed the advice he received was purely anecdotal.

But he said more police resources are being put into keeping young people safe, given one in five female secondary students say they have had unwanted sexual contact.

"What we do know is you mix alcohol with young men and women then sometimes, not always of course, but sometimes it doesn't end well.

"I agree that police will come up with a programme that looks out how do we best target our education towards those who are the most vulnerable in society, and whether that means going into schools and having uncomfortable conversations with young men and women,'' he said.

'People don't know what consent is'

Victoria University of Wellington Students' Association Tamatha Paul said linking an increase in sexual assaults to alcohol and the start of the university year was harmful because it made it sound like victims have chosen to put themselves in that position.

"Now we have a whole bunch of students that are going to be anxious and nervous about university because they feel like they're not safe," Ms Paul said.

"When really we know from evidence that sexual violence happens most frequently ... between people that know each other.

"The problem is that people don't know what consent is and what healthy relationships are."

Counsellors at the university won't always know when a student has been a victim of sexual assault, as there are multiple avenues for reporting it.

But Ms Thorburn said the university does do lots of work with students, especially at the start of the year, to help them transition into the city.

This includes collaborating with the police and the hospitality sector on the Ask for Angela campaign, which began in the United Kingdom, and lets people discretely alert bar staff if they feel unsafe while out drinking.

"The Ask Angela campaign we've had involvement in helping to shape that.

"We've worked with police on Don't Guess The Yes, which is around consent. And we've put a huge amount of information into our halls for students,'' Ms Thorburn said.

"This year for the first time we've got compulsory modules in place for students around consent."

Ms Thorburn said the university had also done a lot of work with the police around alcohol-free events and safe zones, both on and off-campus.

David Kirby, the police's sexual violence spokesperson, said they did a lot of work at the start of the university year to make sure students look after their friends when they're drinking - and know when to tell them enough is enough.

"Ages probably 16 to 25-years-old is our highest proportion of sexual assault complaints that we receive.

"Couple that with the linkages with alcohol and it is often the start of the university year where you've got those two coincide - that can create times where people don't make good decisions."

He said the irony of the statistics was that if the number of reported sexual assaults went up, it didn't necessarily mean the problem was any worse, it may just be that more people feel comfortable reporting it.