Opinion: Driving when we'd rather walk, walking well lit streets rather than taking the shortcut, snapping a picture of the cab driver's ID - women have been socialised to suspect the world means us harm. 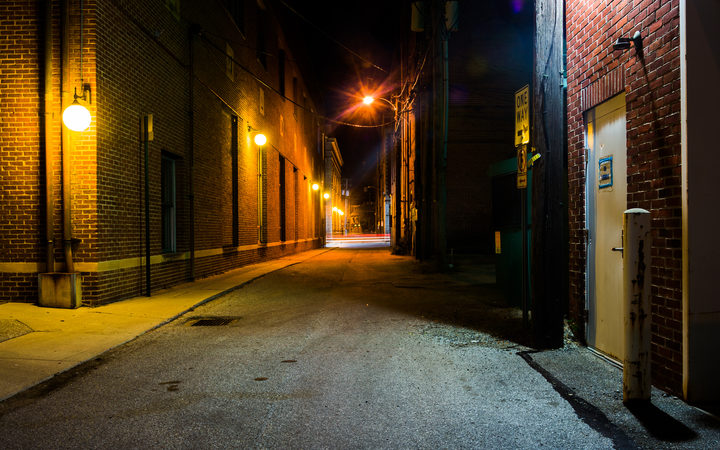 Last year, when my husband and I were in Chicago, we got into a cab late one night outside a bar. Once the trip started, something about it felt a bit off - the driver's demeanour, the way he was driving, the turns he kept taking down darker, less populated side streets. I took out my phone and quietly took a photo of the driver's ID badge on the back of his seat. My husband looked at me, confused. I shrugged and said, "It's a thing I do."

The logic is this: if I disappear off the face of the earth but they find my phone or access the cloud to look at my travel snaps, the police will have some clues about the last person who saw me alive.

That's the kind of thing I think when I am going home from a terrific night out on a holiday in Chicago. "How will they find my body?"

Even to me - the person who regularly snaps cab drivers' IDs at home and abroad - that sounds melodramatic, possibly neurotic. If I didn't delete them the next day - home safe, on to the next adventure - my phone would be full of these things for no good reason. Still, no harm done, better to be safe than sorry, you never know.

You never know, but you always suspect. It is socialised into us - girls especially - to suspect that the world is going to do us harm and that we must take all practical steps to protect ourselves from it. Less emphasis, sadly is put on socialising us - boys especially - out of causing harm. "Keep yourself safe!" we say as our kids leave the house. "Don't make anyone feel unsafe!" would be helpful, too.

Anyone who thinks women (and other people who are not men) are ambling about the world in a carefree manner without giving a thought to their personal safety is not paying attention. And yes, it is true that the world is not an entirely safe place for men, either - men are involved in a high number of public assaults - as victims and as perpetrators.

But it is also true that people who are not men spend a lot more of their lives actively and consciously avoiding physical and sexual violence. It affects our big and small choices as we move around the world, and requires - and I mean this - constant vigilance.

We drive to places when we would rather walk; avoid carparks down dark side streets; lock our car doors when we get in as well as when we get out (and check the back seat); and walk in a way that we hope looks confident and bulletproof. We use our peripheral vision to check all the spaces between where we are and where we're going. We know about walking with our keys between our fingers like a claw, and we've worked out how to hold our phones with the emergency call button ready to push, even on a locked screen.

We don't take handy short cuts - we go the long way round under the brightest street lights. We are constantly assessing the threat level - does this bit feel safe? How far would I have to run to find good people?

We spend money on private rather than public transport. We automatically ignore the driver's invitation to use the front seat, and then try not to feel anxious if we see him looking at us a little too often in the rear vision mirror. When I'm travelling solo, I use the app feature to "share" the ride so someone knows which car I'm in and can track my journey.

When we're a long way from home, we check in regularly so everyone can breathe out. Even when we're not far from home, the last thing we say to each other is, "Good night! Text me when you're home safe!" And we remember to do that.

Watch a woman when she arrives, alone, at her intended destination. There will be a moment when her shoulders drop, and she relaxes a little. She is thinking, "Made it. Next?"

We do our best not to be alone, corralling supportive friends to walk us to our cars, wait with us at bus stops and taxi ranks. This is the bit I hate the most because it makes me feel like a child who needs babysitting, not a grown human who can make her own way in the world. You often don't get to make independent choices - you stay longer, or leave earlier, than you really want because you have to move with the group. Either that, or you put up with being told off the next day for walking two blocks from the gig you are doing to the hotel you are staying at, and feel admonished like a little girl. I used to think that when I grew up, I could come and go as I pleased. I understand now that the grown up thing to do is to accept being chaperoned.

Most of this is relatively unconscious and becomes second nature, but it also makes you tired, this being on constant alert. And it's why, when the worst thing happens to someone else - the thing you have been working so hard to save yourself from - you feel it personally. Because you know that none of the things you are doing daily to keep yourself safe will always work, all the time. And it could have just as easily been you. That's part of the reason many of us feel so connected to Grace Millane - we have lived some aspects of that night ourselves, and have consciously and explicitly feared the rest.

And then there are the other things women do. On the day Grace Millane's body was found, there was a comedy show to raise funds to cover transport costs for women, non-binary and other comedians who feel vulnerable - for whatever reason - to get them home safe after gigs. The two women who organised it were inspired to do this when Melbourne comic Eurydice Dixon was killed on the short walk home from a comedy club in June.

In the last few days, women have been organising vigils in several New Zealand cities to acknowledge all the women who have been murdered on a day when they were hoping to just go about their usual business. Writers at the Spinoff have compiled a comprehensive list of resources - positive ways to channel your anger including support for refuges, teaching resources, advocacy and violence prevention.

It takes a lot of effort to get through the day, but it seems we've still got some energy left. Imagine how cool it would be if the people who say we are not doing enough to keep ourselves safe put their energy instead into making men less dangerous.

*Michele A'Court is writer and comedian. She writes books, columns and features; and performs in comedy clubs in New Zealand and overseas