Change is being driven from the ground up, but sports bosses believe more women are needed in leadership to champion equality in sport.

One of the big changes that Minister of Sport and Recreation Grant Robertson wants to see is gender equality on sports sector boards.

The goal is backed by Sport NZ, which is dedicating its largest single investment in years to promoting and encouraging women and girls into sport and active participation.

The problem is men have been considered 'professional' athletes for far longer than women have.

"Sport in itself is probably quite slow to change. Just generally, it's a very traditional structure, lots of volunteers, so it's not an easy fix."

Ms Smith said change would only come from getting the right people around the table, enough political will, and brave voices making bids for women in sport.

Sport New Zealand chief executive Peter Miskimmin agreed, saying they were doing a lot of work to ensure roles in sports leadership were obtainable for women.

"The problem is it's about creating the right demand... and that demand comes from basically old thinking around board appointments, and a lot of them come from constitutions," Mr Miskimmin said.

"Typically women in the past have not done so well through the elected process."

Sport NZ is spending time with national sporting bodies to change their constitutions to have both elected and appointed roles. This is expected to encourage consideration of gender and diversity in leadership.

New Zealand Rugby did not return RNZ's calls or emails about its plans for women in sport.

Mr Robertson said he had made it clear to the rugby board in particular that it needed to value its women players more.

He is pleased the Black Ferns are finally being considered as professionals - and being paid more as a result. However, their salaries are still way behind those of the All Blacks.

"It's 2018 and we should treat elite women athletes as serious athletes," Mr Robertson said.

It was recently discovered that a Black Ferns jersey is the rarest piece of NZ sporting merchandise.

"The growth in New Zealand rugby player numbers is from women.

"Male numbers have actually been either flatlining or declining.

"That's a massive base for NZ Rugby to market to and they're completely aware of this.

"Some of the recent publicity around that, I'm sure, is going to lead to a change of what jerseys are available to purchase." 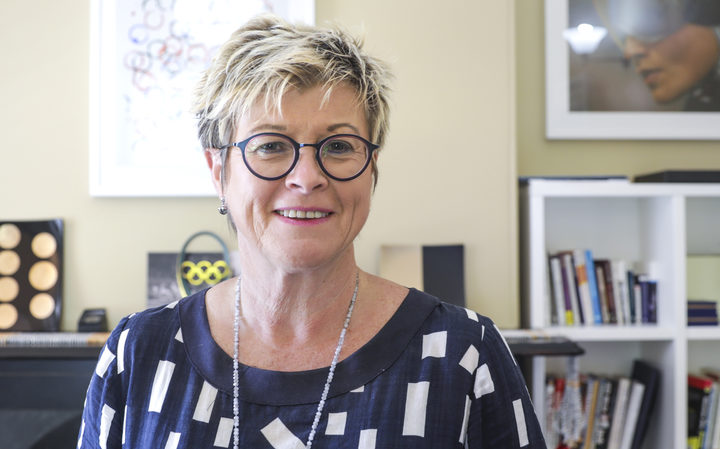 The news media had a big part to play in putting women on the same pedestals as men, Mr Robertson said.

Sponsors need to get on board, too.

Paige Hareb is a professional surfer from Taranaki and has just secured reselection for the World Surf League.

She has been surfing professionally now for a decade and said things had improved for women. But in the past, sponsors treated women and men very differently, she said.

"When I first got into it and I got a major sponsor with Billabong back then, their ads would be a male in boardshorts surfing, and then the female ads would be a girl in a bikini on the beach, kind of walking around," she said.

"So me as a surfer and an athlete, I didn't really know how to portray myself and to make it attractive for Billabong to keep sponsoring me, 'cause I wasn't really keen to go down that pathway.

"So that in itself, especially as a young 18-year-old is hard - but I think it's changing."

Fair portrayal in the media, by sponsors, and even audiences is vital to enabling women athletes to get the recognition they deserve for the work they do, says former Olympian and track and field athlete Sarah Cowley-Ross.

She has been involved in a visibility project through the New Zealand Olympic Committee with four other former Olympic athletes.

"When young girls see these women, they want to be them. And we need sport to be part of their lives. We know that sport grows healthy and confident young girls," Ms Cowley-Ross said.

Statistics showed girls dropped out of sport at a greater rate than boys and there were significant periods in girls' lives where they needed role models, she said.

"I hope they can be potentially sporting role models - from a health sense, from a societal sense, and also growing confidence and leadership capacity as well."

From the ground up

A big part of the strategy is encouraging community participation in sport, particularly for girls.

Sport NZ's figures show there is a sharp drop-off at the age of 12 to 14, where a lot of factors fall against young people continuing the active participation they enjoyed as children.

"Self image, self perception, and body perception and image start to emerge at a certain age," he said.

"We need to understand that, and then how do we adapt the offering so the person has more confidence, or is playing in an environment which is a little bit more comfortable for them." 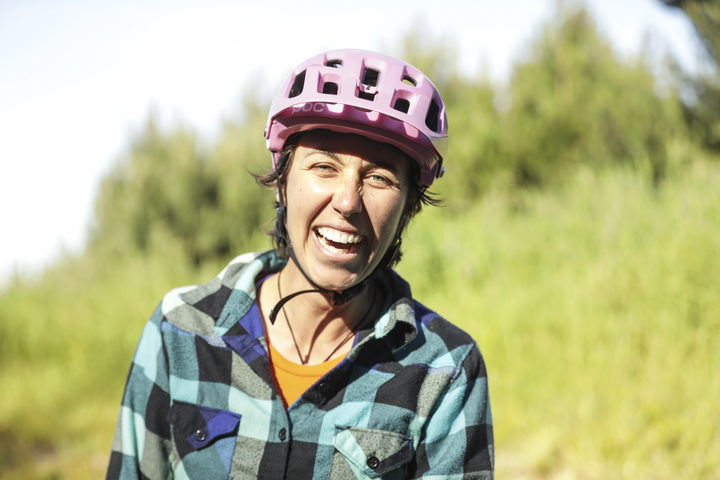 Ashley Peters is working to break down those barriers by getting girls outside and onto mountain bikes.

She runs WORD - Wellington Off-road Riding Department - which runs after school programmes and school holiday camps for boys and girls.

It surprised her how many more girls joined the programme when they moved to doing girls only afternoons.

"We now have an almost equal split of boys and girls riding bikes," she said.

"There are some misconceptions from parents about what a girls only environment is going to be like, that it's going to be more inclusive or safer.

"That I find fascinating - because we are teaching the exact same things to the girls as we are to the boys.

"Yet in a girls only environment, we can see that girls are more adventurous."

Ms Peters said role models were important, because if girls did not see other girls out there doing it, they were less likely to think they could.

The girls in her group all look up to Olympic medalist BMX rider Sarah Walker.

"Having those aspirational riders, then having female coaches, and a women's only environment... it's the multi-prong approach to getting more girls into the outdoors and into participating in sport and recreation," Ms Peters said. 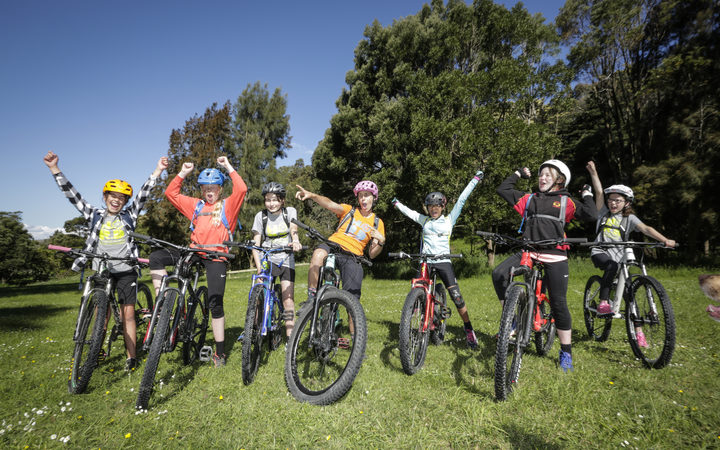