How to discuss gender with kids

Why are girls' t-shirts emblazoned with words like "princess" and "pretty" while the boys get "wild" or "adventure"? Katy Gosset looks at gender, how it's presented to our kids and how we can encourage them to think differently. 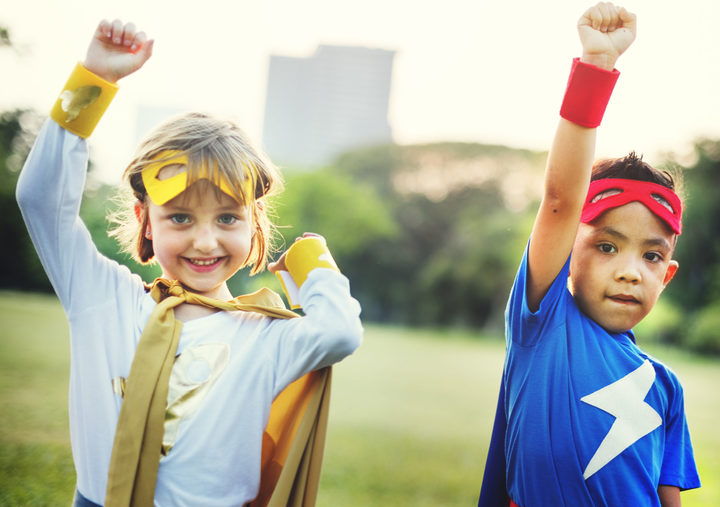 We talk about the baby blues.

But the baby "pinks" can be a subtle force, infiltrating clothes, toys and bedroom décor without us really registering it.

One mother, Elspeth* has noticed that when she goes shopping for her daughter - she's frustrated by the proliferation of pink.

"Colour is not assigned when we are born. If you are born a girl, you do not get assigned a colour." 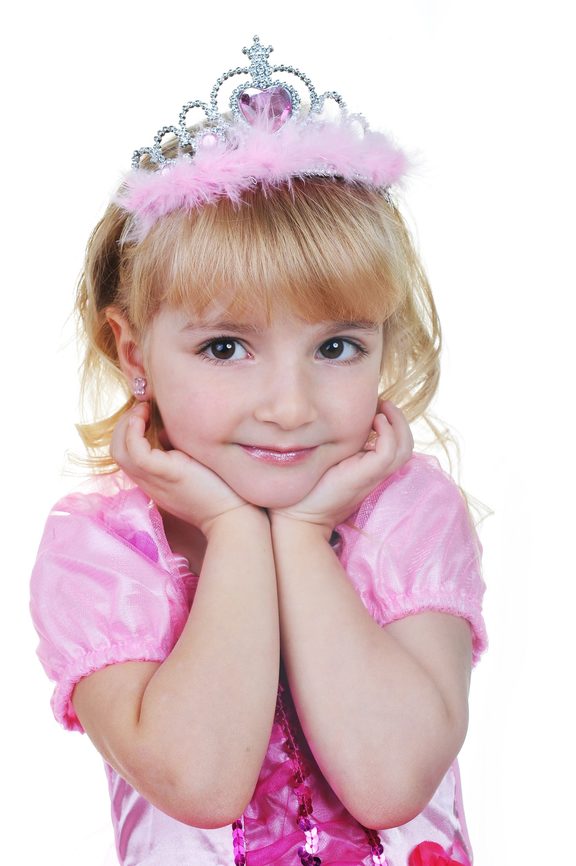 She has nothing personal against pink. In fact, her young son is a fan. "He quite likes pink. He gets to wear pink because that's his choice."

It's the message that Elspeth objects to, steering girls towards particular colours and choices. "It's consumerism and society that's kind of telling us that."

Elspeth and her family operate a "gender neutral household". That means they don't distinguish between traditional girls' or boys' toys or clothing.

Elspeth sews many of her children's clothes and her son and daughter can choose skirts or trousers.

"We want [parents] to pay attention to the child in front of them and expose them to experiences that help them grow."

She said culture "absolutely" influenced a child's development too.

"So there's truth in comments about gender being a social construct but only to a certain extent."

Ms Gallagher said biology still played a role, harking back to when we were still trying to keep the species going.

"Gender is both a biological and a social construct."

She warned that difficulties could arise when people held either view too strongly.

"If we deny biology or, we if we deny the influence of culture, we're ignoring the fact that there is a complex interplay of the two.

"In other words, it is not nature versus nurture. It's an 'and'."

It was actually okay that people did things differently, Ms Gallagher said.

"Acknowledging gender differences can be really validating. Boys and girls often learn differently and approach life with various skills and challenges on board.

"Where we get into trouble is that judgements seep in about these differences and they becomes signs of strength and weakness."

"Having access to people of the same gender as you, who can signpost what it means to be this particular gender at this particular time in your life, can be really reassuring for a child." 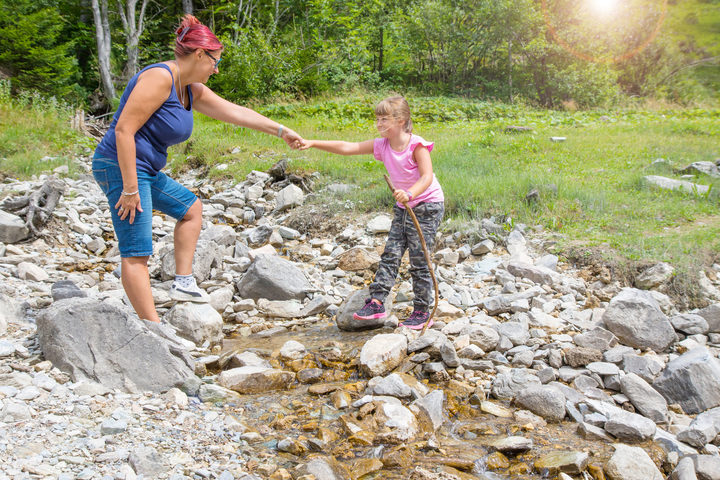 But beware of anything that's too restrictive, she warned.

"Let me be very clear. Having healthy male and female role models is very different from prescribing what and how you should be if you happen to be a boy or a girl. Anything that's too rigid or makes you lose sight of the child in front of you has the potential to cause problems."

Elspeth believes the language on girls' clothing is just that, giving specific messages to girls about how they should look and behave.

"'Princess', 'pretty', all those kinds of words and then the boys its 'strong' and 'tough' and it's creating a separation. I really don't like it."

She said, while boys and girls started out on an even playing field, this kind of gender specific language started to have an impact on girls' sense of self-belief from the age of six.

"Children stop seeing themselves as equal. They stop having the same level of ability. The boys shoot ahead because they see themselves as stronger and the girls kind of drop off behind a little bit." 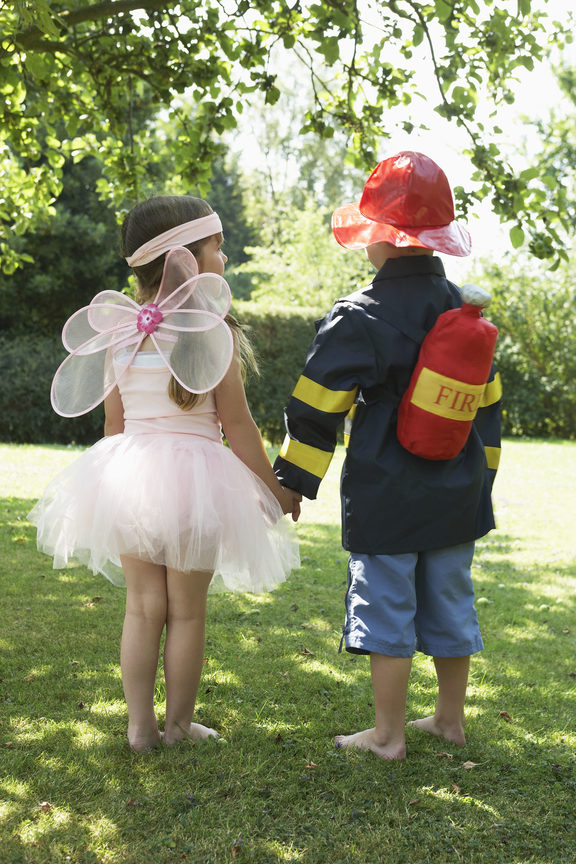 Elspeth said any compliments or comments she used were now gender neutral too.

"I try and use the same words between both children. I don't change my language and go 'Oh you're really pretty'… I talk about the stuff that's inside her, that she is a capable, confident, independent young girl."

She believed it would counter the other female-focused messages and help build her daughter's confidence.

"I'm hoping that those comments will enable her to feel like she is capable and that she is the same as anybody and everybody, rather than seeing herself as someone who needs to just dress nice and conform to what society expects."

Ms Gallagher said many children also got gender "mixed up" with sexuality.

"So, alongside traversing what it means to be a boy or a girl, children and young people are often also feeling like they need to work out who they're attracted to and this can create emotional stress."

"Those message are getting into mainstream before they're developmentally ready for them."

All the more reason for parents to keep a close eye on what their children were watching or reading, to understand the kind of messages they were receiving. 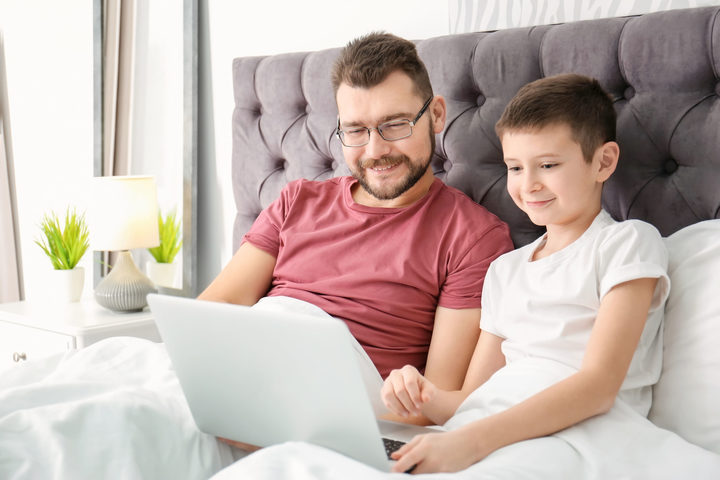 "If they're spending hours and hours in front of YouTube for example and you have no influence and no awareness of what they're watching, that's a problem!"

Ms Gallagher suggested watching the clips alongside children, not so much "taking the moral high ground or chipping away at the world that they live in and they're enjoying", but more to question the way different ideas or genders were presented.

"It's kind of just wondering out loud, 'Isn't that interesting how girls are kind of always shown like that. I wonder what that means.' And kids might go 'I don't know' … but, by you noticing it with them, we're encouraging our kids to start thinking in that way."

She said parents needed to be flexible and not limit everything that contained stereotypical messages.

"Let's not be rigid and say 'I'm never going to dress them in pink because that's stereotyping them' but, if they like pink, then go for gold."

However, if parents consistently took an observer role, over time children would hone their analytical skills too, she said.

"The best thing we can do is teach them to be critical evaluators of their worlds so that they can work out what works for them." 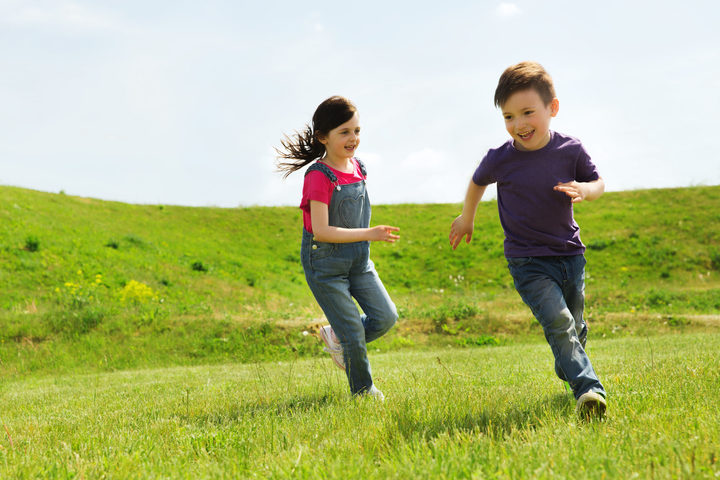 - Think of role models who could help your child understand what it means to be that gender at that particular age.

- But ensure any role models are not too prescriptive or rigid in their approach.

- Watch any television or You Tube clips alongside your children to find out the kind of messages they're receiving.

- Notice and question any trends or messaging in a non-judgmental way.

- Use language that emphasises gender neutral qualities: tell your children they are capable, confident, independent.