How to build up confidence in children

Everyone wants it for their kids but where does self-confidence actually come from? Some children seem to be bursting with it while an absence of it holds others back. Katy Gosset finds confidence is a learned behaviour that any of us – parents included- can tap into. 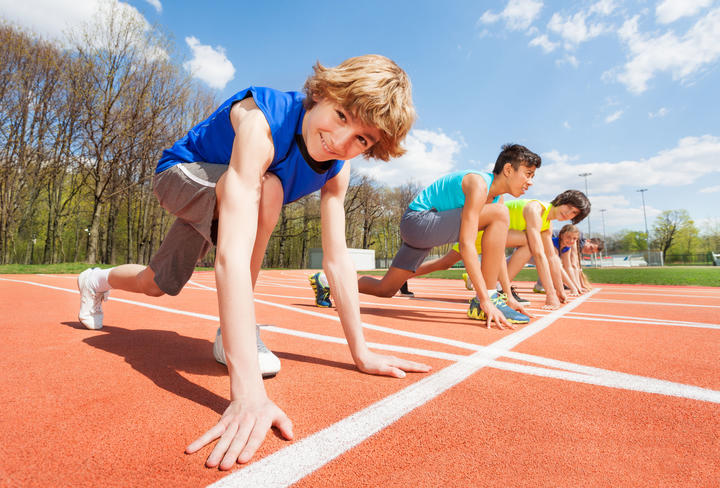 Sally's* son James* has always been one of the best runners in his year. In fact, he usually wins most races.

But lately, he hasn't wanted to try.

Sally thinks a sense of expectation from others that he would win has sapped his confidence.

"I tried lots of encouragement, reminding him that it didn't really matter if he won the race or not. It was just, kind of, doing your best.”

"But I just felt it got to the point where he thought it was more fun to just run with his friends and not have that expectation on him."

Her other two children went through similar phases.

"Definitely, I think all three of them had confidence issues."

The quest for confidence

Confidence in children can seem like the holy grail for concerned parents.

So why do some kids lack this elusive quality while others appear bulletproof?

“We often hear people described as either confident or not confident as if it’s a thing we’re born with.”

Instead, it was a learned behaviour and could fluctuate throughout a person’s life.

“Some might seem like they were born with an in-built Teflon shield to repel the opinions of others and the difficulties life might throw at them.”

However, rather than having an excess of some quality, it was more likely that they simply lacked anxiety ‘which is often the thing that holds us back or saps our energy.’

Most people had a kind of internal alarm system that went off in the presence of danger but that same alarm could be triggered by normal life challenges, Gallagher explained.

‘’The frustration we feel when we’re struggling with a problem or which we visibly see when we see a baby struggling to roll over or pull themselves up, it actually serves a purpose.’’

When a person faced any kind of challenge, their brain tried to draw upon a similar experience to model what to do next, Gallagher said.

“When it doesn’t find anything the alarm goes off.  This creates an extra resource. We get extra focus and, as long as we aren’t overwhelmed, we’re in the premium learning zone.”

Of course learning, under those circumstances, was more difficult for children who already suffered from anxiety, Gallagher said.

‘’It’s really hard to be confident when you’ve had a worry brain telling you ‘But what if! Don’t do that because you might make a fool of yourself'. So, I think worries often sap confidence.”

And Sally has seen this first-hand with her children.

‘’I think it just became almost like they were frightened to try something in case they looked silly.”

But they were the children who needed to confront their fears, Gallagher believed.

‘’Ironically we actually need to scaffold the worriers more to go towards their feelings and challenge them as not being accurate and give it a go and that can be a really hard challenge for both kids and parents.”

Part of the challenge was that parents didn’t like seeing their children in frightening or uncomfortable situations and often felt the need to rescue them.

“In the PC world, we jump over winning and losing because we as parents can’t tolerate the idea, the fact that our child might be gutted.”

In fact, children gained confidence by tackling challenges and realising they could successfully navigate them, Gallagher said.

“It’s great to expose kids to new challenges and experiences and reflect with them on the skills they already have and the ones they might need to develop to get through.”

However, along with understanding their strengths, children also needed a healthy dose of realism. 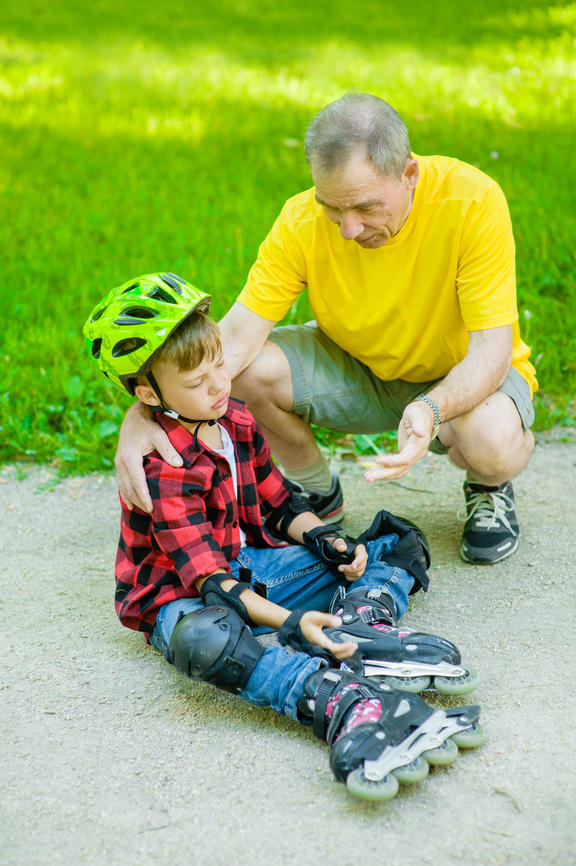 “They also need to develop realistic expectations of their ability. We can’t all be Ritchie McCaw.”

Sometimes struggling with a challenge and actually failing were part of building confidence as they enabled children to experience a range of feelings.

And Gallagher warned that parents should let their children feel those emotions.

‘’If we spend too much time talking our kids out of tough feelings or reassuring them, it can actually feed a lack of confidence as they learn that they need someone else to manage their tough feelings for them.”

Gallagher was aware that she herself, like most parents, fell into the trap of smoothing things over for the child.

It was important for parents to pause and hear what their child actually said.

‘’If we jump to ‘Don’t worry about that, look at this’, we’re missing that moment of going ‘Yeah, I can totally see you’re gutted, that makes so much sense because you were so looking forward to that. You put so much pressure on yourself to do well at that and you haven’t done well. I’m really sorry you’re sitting with that."

Once the child had experienced the feeling, parents could then start to reframe things.

“But if we jump over the feeling that I’m disappointed, then inadvertently we can be giving the message that you should have those negative feelings.”

Being gutted was actually an opportunity to learn.

‘’Am I going to just go, actually the fun of doing the thing was worth the guttedness afterwards so I’m going to do it anyway ?’’

She said children could learn to build their own Teflon shields to handle meanness from others, using positive self-talk.

This would also help avoid a vicious circle where children were reluctant to try new things because previous anxieties hadn’t given them any experience of success.

‘’If I’m not trying stuff because I feel really anxious about it then I don’t get lots of practice at doing it so I don’t get feedback from the environment that I can do it, that I’m good at things so I don’t try stuff.

“So you can see how things kind of feedback on themselves.”

This could lead to low mood in some children, Gallagher warned. To avoid this they needed experiences of both pleasure and mastery. 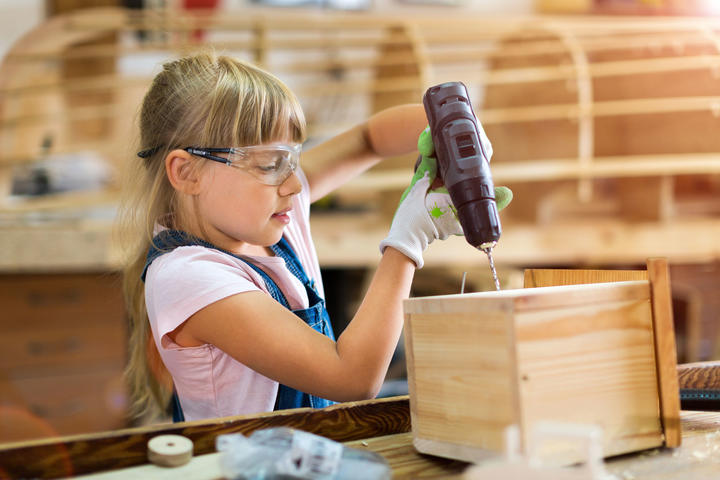 The pursuit of mastery

So the idea of ‘mastery’ sounds a bit serious and might conjure up ideas of achievement or prowess but Gallagher said a wider definition could include both engagement and simple pleasure in a particular activity.

‘’You don’t always have to win. The mastery experience might be: I did it. I failed big but actually, I gave it a go. That’s the thing I challenged myself around.’’

‘’Or, I did it. I failed big and picked myself up and that’s the thing I can be proud of.’’

“Sometimes just being with the difficult feeling [of failing big] is the success.’’

Just be yourself (and hope that someone notices)

Often, particularly in the world of social platforms such as Facebook, people become reliant on feedback from others for their self-worth.

Gallagher said the things to be proud of were their personal qualities.

‘’Am I an honest person who works hard? They’re actually things that, if I do well, I can feel pretty confident about, that that’s who I am as a person, less reliant on whether I  get an A in a test.

“People are more than an outcome .”

And once children had worked out who they were, a big step towards confidence was being accepted, Gallagher believed.

‘’Self-esteem or self-confidence comes from being seen accurately for who we are and what we can do and the first people who hopefully are going to see us accurately might be our parents.”

Gallagher recalled working with one client whose intellectual assessment was ‘low-average’.

‘But he had parents who got that about him and so the expectations they had of him were in line with what he was able to do. There was a little bit of a challenge but it was doable.”

The young man’s aspirations were also within his grasp.

‘’He had a great sense of self, a really happy mood. Not a lot of anxiety because the people who loved him saw him for who he was.  That’s a pretty happy life really.’’ 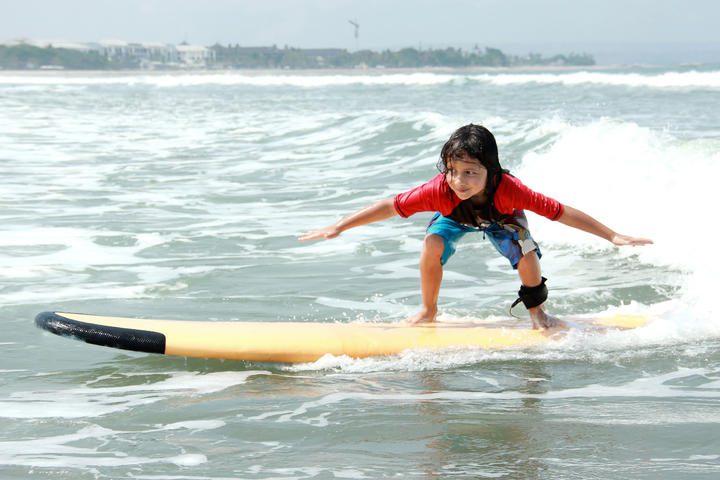 And there was also a lesson there for parents who might face their own insecurities but should be wary about the influence they had over their children’s thinking.

However, parents could catch themselves in these patterns and try to build their own confidence, alongside that of their children.

“The challenge for parents is to support when needed, empathise when your kid is struggling and give them lots of messages about being OK regardless of the outcome.’’

- Scaffold or support anxious children into activities by being around while they try new things but don’t rescue them from uncomfortable situations.

- Encourage kids to complete challenges so they see what it feels like to succeed. It will make it easier next time.

- If they fail in some way, allow them to feel the emotions of disappointment and frustration so they learn that negative feelings are normal.

- Support them but don’t allow it to turn into a full reassurance session or they will learn that they always need someone else to talk them around.

- Remind children of the strengths they already have and encourage them to think about the other skills they still need to work on.

- View your children accurately and accept them for who they are.

- Be aware of what you are modelling to your children and avoid patterns such as fixating upon success or failure or avoiding difficult feelings.

* Not their real names.