A mother whose disabled son was turned away from his local school because it said it couldn't cope with his disability hopes the introduction of 600 specialist learning support coordinators will stop this from happening to anyone else. 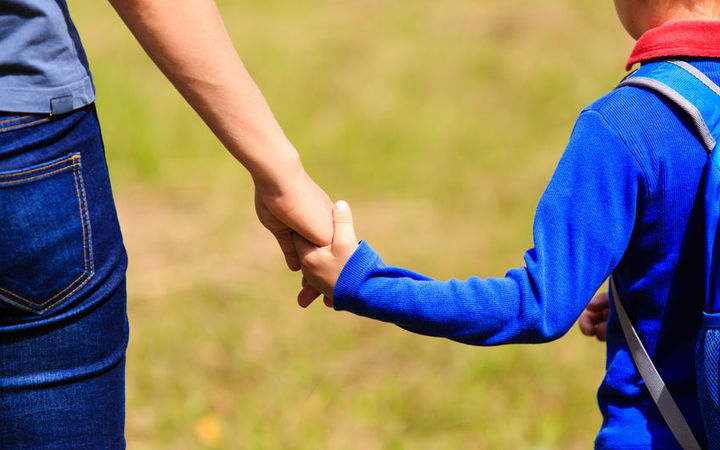 The government has announced that it will introduce the fully-funded roles to schools from 2020, with the 600 roles being the first of a group that could grow to twice that size.

The four-year project will cost $217 million.

An Auckland mother, who has asked not to be named, said that when her son turned five she expected she would be able to enrol him at the local school just like everybody else.

She informed the school that he was a child with high-functioning autism, who had little speech and impaired social skills.

But instead of being welcomed she was sent an email which said the school didn't have the resources or facilities to accommodate him because of his needs.

"I was quite shocked, I was devastated, devastated is actually a better word to use," she said.

"They said we could contact another school with a satellite class specially designed for him and that is exactly not what we wanted. We just wanted him to be enrolled at the local school."

The mother said her now seven-year-old son is thriving at another school, but each day they have to drive past her local school to take her son to school.

She hoped that the new learning support co-ordinators would help schools to feel more confident they can cater to children with special needs.

Anita Gibbs from Dunedin has two teenage boys, 14 and 15, with foetal alcohol spectrum disorder and ADHD.

Lately, one of her sons has been struggling at school and is currently excluded, which she said is a common issue for children with disabilities.

She said the new roles could help keep children like hers in school, and learning.

"We have had much more difficulty at high school and it's not for want of the schools wanting to help.

Disability Connect, an advisory service for disabled people, frequently hears from parents who find it difficult to access the support which is available, and who end up going from school to school looking for one willing to accept their child, chairperson Colleen Brown said.

She is optimistic the full funding of these roles will make a significant difference.

"It will give a lot of confidence to other teachers in the classrooms to have a wide range of children with a range of needs in their classroom in an inclusive situation, when they have got a person in the school that they can call on who is going to have the skills - the requisite skills - to support them."

The director of advocacy at IHC, Trish Grant, said they welcomed the announcement, and full funding for the role had been long called for.

However she questions why there will only be 600 positions to start with when there are almost 2500 schools around the country.

She is also worried that the resources aren't there to help all the children in need - with long waiting lists to get help from specialists.

"A co-ordinator, in order to do a great job, needs to match children's needs with the help available. Currently there is a real shortage of speech language therapists and other specialists to assist the child to access the curriculum and [who] can work with a teacher to set that child up for success.

"A coordinator does not necessarily mean that the support that the child needs, or the school needs, is able to be accessed in a timely way."

Schools currently have a special education needs coordinator which does basically the same thing the new learning support coordinator will do, but the position is usually filled by a senior teacher as an add-on to their fulltime job.

Minister for Children Tracey Martin told Morning Report the delivery model is just as important as the new role.

"Now I've got this commitment around funding, I can sit down directly with the sector, we've got the job description pretty much nutted out, I need to sit down and nut out student teacher ratios for this first tranche.

"This is about working collegially with the education sector, clearly defining the role, clearly making sure we have the student teacher ratio right, that we have a rural delivery model and an urban delivery model."

The model will allow for professional development to be spread across current schools and the teaching body at the same time as releasing up specialists for those with more complex needs, she said.

Education Minister Chris Hipkins said he ultimately expected the number of co-ordinators to grow to 1200, but that will be subject to future budget decisions.

"The details are pretty well worked out. We've got the job description in place. The one bit we haven't yet worked out, because we needed to allocate funding first, is how we are going to allocate the first 600.

"The ultimate goal is pretty clear. That we want to have learning support coordinators fully resourced right through the school system. The first 600 will be a really big step towards delivering that."

Having a funded learning support coordinator was a core claim in the primary teachers union's collective (NZEI) agreement negotiations which have recently ground to a halt.

NZEI president Lynda Stuart said they agreed with the government that the new position should be filled by a qualified teacher.

"One of the things we've been talking about is giving our teachers the time to teach, and enabling them to do their job properly.

"So this is a support for our teachers. Obviously we are really concerned that there is a teacher shortage but we do have to do some things around attracting people into teaching and keeping them in teaching and if support like this is going to help keep them in teaching then that has to be good."

Ms Stuart said the move was a very positive signal but at the moment the rolling strike is still proceeding and contract negotiations will continue this week.