About 100 keen royal watchers gathered near Wellington Airport for a glimpse of the Duke and Duchess of Sussex, whose plane touched down in the capital shortly before 3pm. 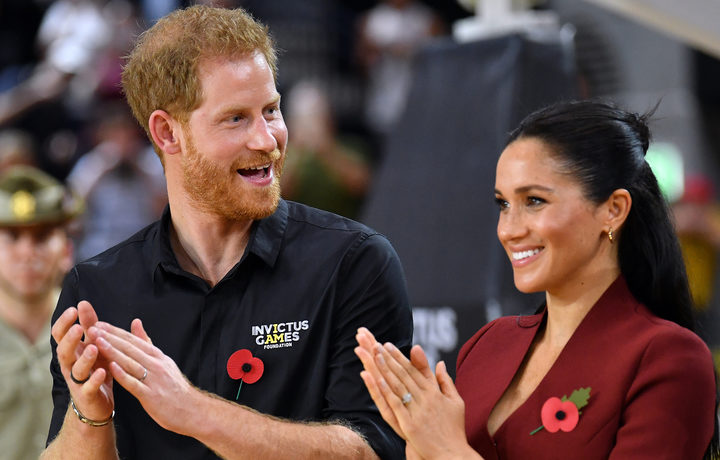 Prince Harry and wife Meghan at the medal ceremony of the wheelchair basketball final at the Invictus Games in Sydney, Australia, yesterday. Photo: AFP

New Zealanders may get a chance for a selfie and a chat with the royal couple.

Prince Harry and Meghan arrived at the military terminal and will be whisked off to Government House for an official welcome. 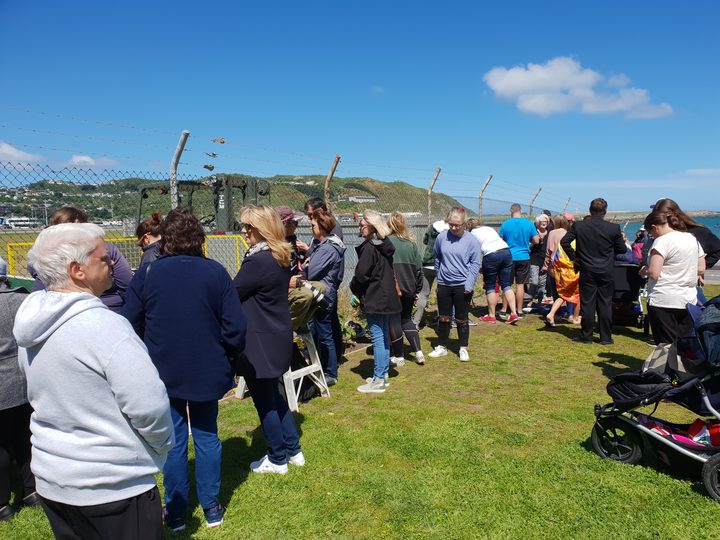 About 100 people have gathered outside Wellington Airport ahead of the arrival of the Duke and Duchess of Sussex. Photo: RNZ / Jonathan Mitchell

The royals will then travel to the Pukeahu National War Memorial Park for a wreath laying ceremony at about 4.45pm.

They are expected to walk around Memorial Park once the formalities are over. 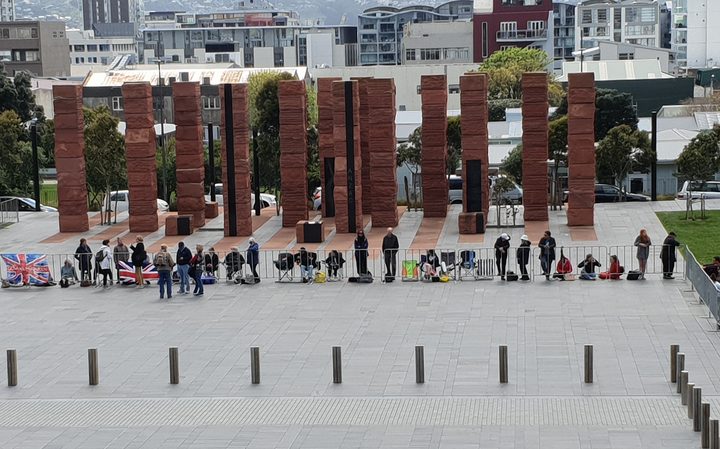 Enthusiastic royal watchers have been gathering in Pukeahu park since midday, ready with flags. Photo: RNZ

Members of the public will get the chance to meet the royal couple behind security barriers.

But royal fans may have to get in early for a special spot.

MetService is forecasting sunny spells, with brisk northerly winds for much of the day.

But rain is forecast to return tomorrow.

That is when the royal couple will visit young mental health advocates at the Maranui Cafe in Lyall Bay, before flying to Abel Tasman National Park.

They will spend some time in Auckland next Tuesday and in Rotorua next Wednesday during their four-day visit, meeting with local iwi, conservation groups, and children with parents in prison.