Te Arawa iwi will roll out the welcome mat when the Duke and Duchess of Sussex touch down in Rotorua next Wednesday. 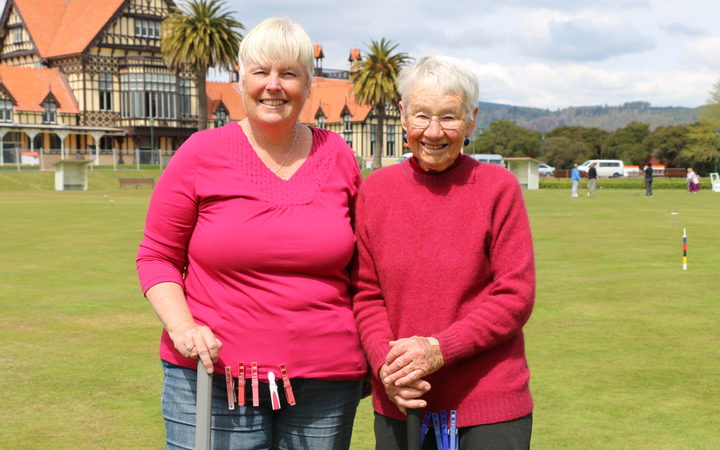 Rotorua residents Michelle Bulpin and Margaret Benton hope Prince Harry and Meghan might stop for a spot of croquet during their visit to the thermal city. Photo: RNZ/ John Boynton

Te Arawa leader Toby Curtis said tangata whenua would offer the warmest of welcomes for Prince Harry and Meghan, who is expecting their first baby.

"We want to go out of our way to make it as wonderful and as splendid a day for them as possible," Mr Curtis said.

At Government Gardens in Rotorua, the scene of many royal welcomes, Margaret Benton and Michelle Bulpin are out on the greens - croquet mallets in hand.

Ms Benton is excited at the prospect of catching a glimpse of the latest royal glamour couple.

"I think it's wonderful. It gives people a bit of excitement," she said.

"I remember the Queen coming here - my daughter was a guide and my daughter stopped and talked to her."

Ms Benton is hoping the royals might even be up for a game of croquet.

"I may be able to give them a croquet mallet and say 'right see if you can do it'.

But croquet's not on the official royal agenda for Rotorua - the royal couple will visit the national kiwi hatchery at Rainbow Springs and meet others kinds of Kiwis during a walkabout at government gardens.

Then it will be off to the Redwoods Treewalk, where they will meet local mountain biking representatives. 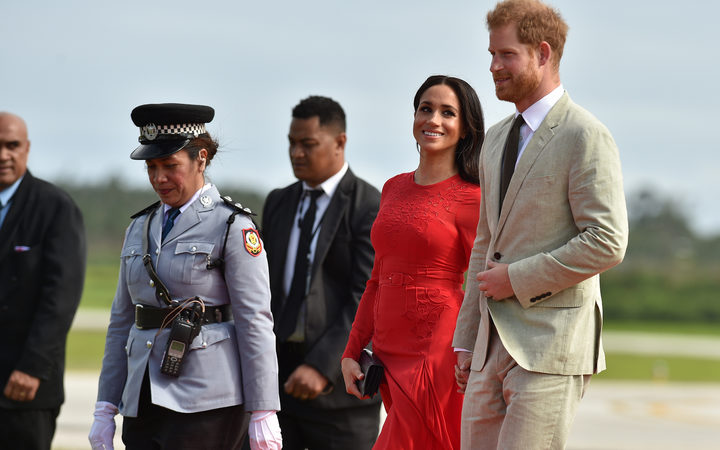 The Duke and Duchess of Sussex arrived in Tonga yesterday. Photo: AFP or licensors

The British Royal Family has been visiting Rotorua to tumultuous welcomes since 1920, when the Prince of Wales at the time travelled by train from Auckland to inspect the famous geysers at Whakarewarewa.

Thousands turned out to see Queen Elizabeth in 1954.

Back in 1954, the loyal crowds started gathering in Rotorua days before the Queen's arrival.

The royal couple arrive in Wellington on Sunday 28 October and will be in the country for five days.

They will travel to Abel Tasman National Park on Monday 29 October and to Auckland on Tuesday 30 October, before heading to Rotorua. 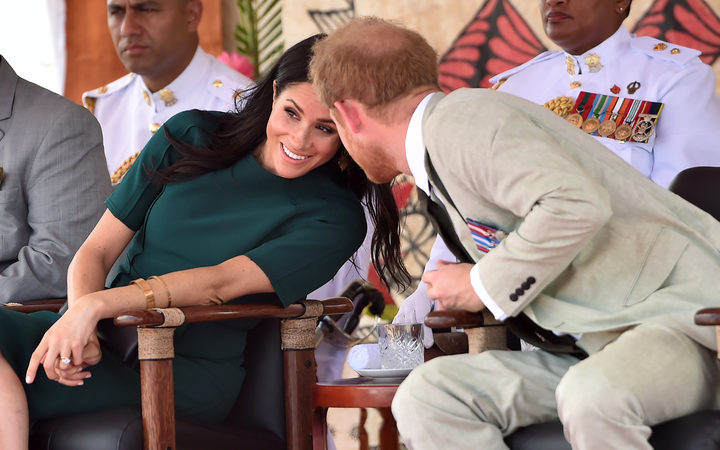 Prince Harry and Meghan on 25 October during their tour of in Fiji. Photo: AFP or licensors

Meanwhile, crayfish, paua and beef are all on the menu for the Duke and Duchess of Sussex when they dine at Government House next week - Checkpoint reporter Logan Church visited the kitchen to see how preparations are coming along: