A weasel's free rein at Wellington's wildlife sanctuary has come to an end with rangers confirming it has been trapped. 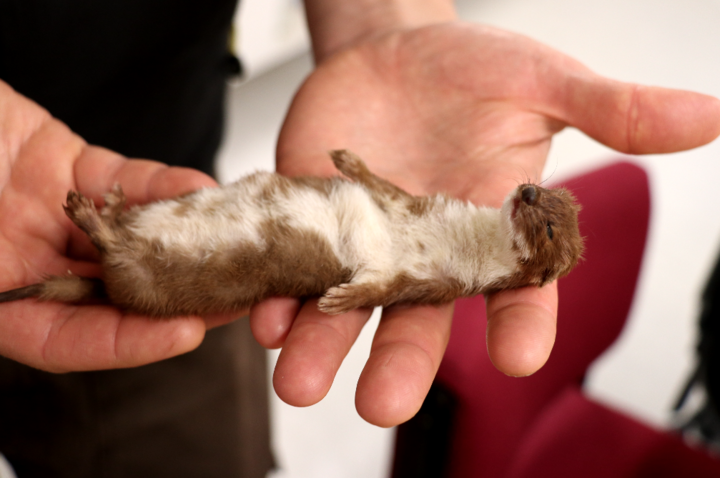 The weasel at Zealandia has finally been caught after 11 days. Photo: Supplied

The female weasel's footprints were first spotted in Zealandia 11 days ago and more than one hundred traps were laid to capture it.

It was spotted a couple of days later near the main entrance.

It was eventually caught at the southern end of the sanctuary where the tracks were initially found.

Conservation and Research Manager Dr Danielle Shanahan was delighted with the result.

"I'm really proud of our team here, and the wide range of partners who have supported us. We've managed to detect and respond to this really quickly, dramatically reducing the risk to our wildlife," said Shanahan.

However she was quick to add that it's not all over yet.

"We'll continue to monitor things closely, keeping traps, camera traps and tracking tunnels out there until we're convinced that it was just the one animal."

Exactly how it got into the sanctuary remains unclear and staff will continue to examine the predator proof fence.