Wellington now has a rainbow on Cuba Street. 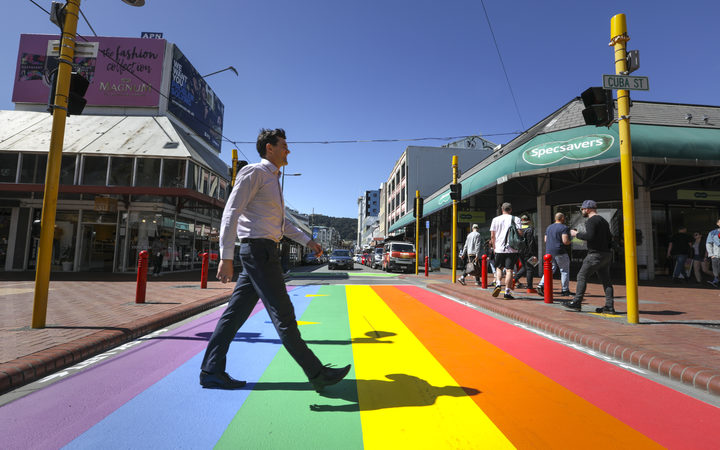 It's the latest in a long-line of colourful Wellington attractions, but unlike the Bucket Fountain, this one serves a practical purpose.

"Cuba Street has always been a hub for Queer rights and I mean, we've had some legendary New Zealand drag queens walk this street," student Samuel Robinson said.

"It is important to honour that heritage."

"It's definitely going to brighten up Wellington and I think it's really cool as a support for the LGBTQ community," she said.

The crossing will be officially unveiled tomorrow - the same day Cuba Street's own Carmen Rupe was born in 1936.

In 1975, Carmen spoke about life at a time when homosexuality was still illegal.

"There were a lot of cruel people... it doesn't worry me at all and I think that's how I've survived," she said.

"All through the years, I've had lots of nasty people write to me or ring me up, pass horrible remarks to my own family about me, but my family certainly put them in their place." 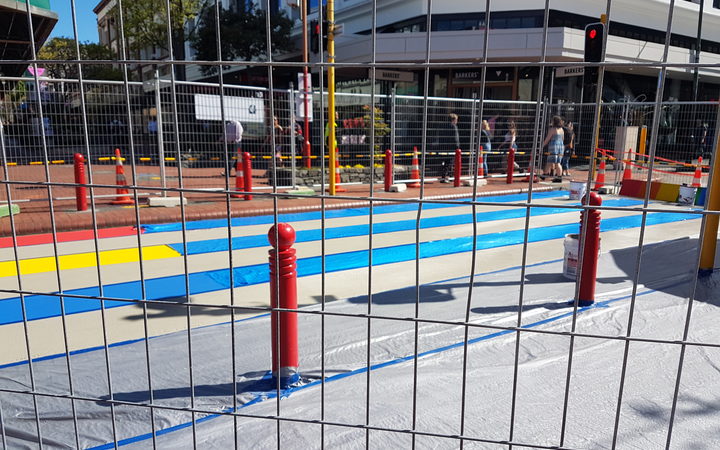 The rainbow crossing in Wellington when it was being painted. Photo: RNZ / Katie Doyle

Carmen died in 2011, but her memory lives on in the Cuba Street traffic lights, where instead of a green man for pedestrians, there is a green drag queen.

Now the lesbian, gay, bisexual, transgender, queer, and intersex (LGBTQI) community will be even more visible - with the bright yellow, red, green, blue and purple zebra stripes across the road.

Georgina Beyer, a former MP and transgender activist, said she was delighted.

"Oh I think it's wonderful, and a lovely, vibrant addition to the urban scape down there," she said.

"It will fit in wonderfully with the sort of refurb, for want of a better term, that's happening with Cuba Street and plans for the future."

"This is for the Rainbow Community, it says to them 'we support you and we want to work with you to make Wellington a safer and inclusive place'.

"We want to be a place that's welcoming and we're not interested in some of the conversations in other places of the world seeking to exclude people," Mr Lester said.