A Russell man who has just become the first openly gay Anglican to become a priest says others can take heart from his ordination. 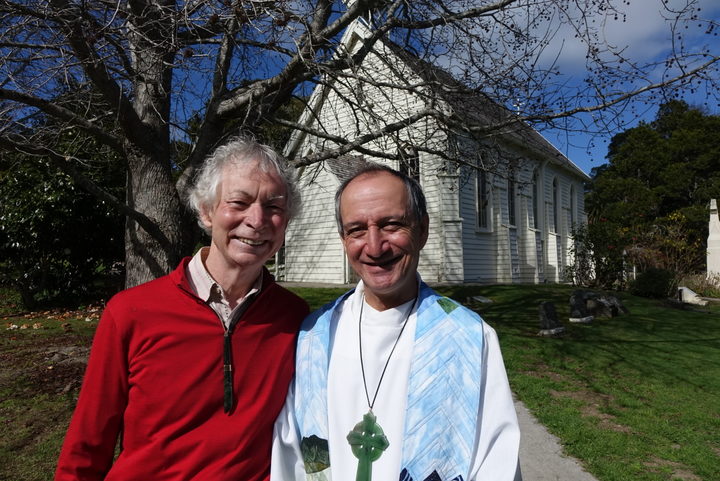 He said it felt wonderful to be accepted as a priest, and he and his partner of more than 25 years were overjoyed.

Rev Swannell said he expressed no bitterness over the long wait towards his vocation and that this was a time of hope for the community.

"We have probably felt a little bit excluded and not fully inclusive within the church. So I think for the LGBT Christian community, and for those who have a spritiual faith, hopefully this will give them a little bit of hope for the future."

It has been 13 years since he was ordained as deacon and 11 years since members of Christ Church called for him to become their priest.

He said he did not set out to become a priest but responded gladly to the call of the Russell congregation who wanted him ordained.

Church admin officer Roger Wyatt said the ordination was all set to go in 2007 but the church hierarchy said no at the last minute, leaving parishoners upset.

"I always say if there is one person who was born to be a priest, it was Chris. It was just his spritiuality and willingness to serve has always been there."

Rev Swannell's sister said it was a blow when her brother's first planned ordination fell through.

Ever since Rev Swannell was excluded from priesthood, people like Heather Lindauer, who were themselves ordained as priests without any issues, have protested repeatedly at church gatherings.

"It went on and on ... I remember speaking three times and saying how we felt wounded that our choice was not being honoured."

Reverend Dr Kim Benton from the Auckland Diocese said the breakthrough had been the recent vote by the Anglican Synod, to allow priests to bless gay marriages.

"Just as we bless marriages between same-sex couples, we can bless and ordain Chris as a priest," he said.

"We have always had gay priests in the church but they have had to hide the fact; there've been years of secrecy and cover-ups and now we can be open about it and inclusive, and that is the way it should be."

Rev Benton said the Anglican Church had some way to go before it could contemplate marrying gay couples.

But Chris Swannell's ordination and welcome into his church as priest was a great day and a milestone for the church, he said.

A community Christ Church member said the day was welcomed and had been anticipated for a long time.

"Today's a dream come true for all of us and prayer's [have been] answered. For 13 years I certainly had been praying that Chris would allowed to be ordained and here we are."