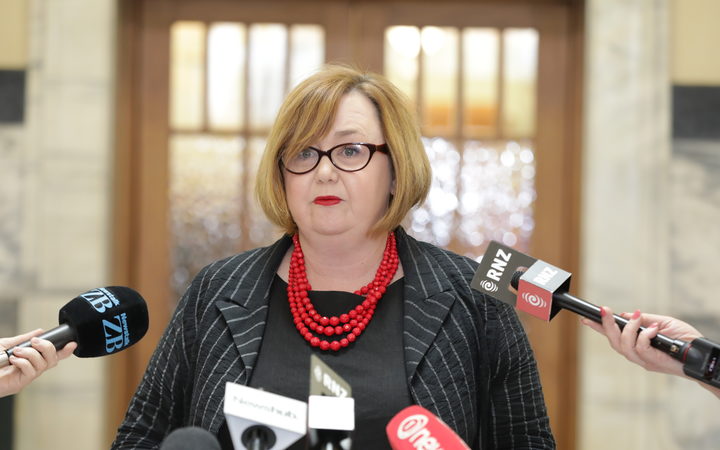 The minister in charge of the Earthquake Commission, Megan Woods, will make the announcement. Photo: RNZ / Richard Tindiller

In addition, the "one stop shop service", as labelled by the minister in a statement, will provide specialist engineering support, psychosocial support, and legal expertise through expert advisory groups.

"Claimants will also be given access to a new online tool where they can see clearly what the next step is for their claim, who is going to do it, and when it will be done by," she said.

"Claimants will have one person in charge of their claim who will drive it along for them - they won't need to call up and speak to a different person all the time."

The announcement follows on from insurance and rebuild dramas, which still plague thousands of residents eight years after the earthquakes, as insurers and EQC have been accused of dragging their feet.

In June, Dr Woods, who is the minister in charge of the Earthquake Commission (EQC), called for immediate changes to the EQC in response to a damning report.

The report said EQC staff had no confidence in their own data, the organisation needed to treat its customers with respect and honesty, and to dramatically improve the way it communicated with claimants.

The report also made a number of recommendations which EQC agreed to address.

Dr Woods today in a statement said the report triggered the launch of this new service.

"It was clear to me that more needed to be done to help people who have been stranded for years waiting for their claims to be resolved," she said.

"I have asked EQC and Southern Response to develop new processes to ensure a streamlined, cross-agency resolution process. I am also inviting private insurers to also join this scheme."

GCCRS is operated by the Ministry of Business, Innovation and Employment (MBIE).

A homeowner advisory group will also be established, and the chairs of the groups will be part of the overarching advisory committee, which also includes representatives of MBIE, Treasury, EQC and Southern Response.

Southern Response, responsible for settling quake claims for AMI customers, said it was supportive of any initiatives that lead to faster and fairer resolutions.

Insurance advocate Ali Jones hoped a new hub would be accessible to all insurance claimants.

Ms Jones, who has spoken on behalf of Christchurch quake claimants, said people dealing with private insurance companies could also use the service but the insurer was under no obligation.

Talking to Afternoons with Jesse Mulligan, Ms Jones said she understood the private insurers planned to watch how this service went but she believed they should be taking part in the service immediately.