An insurance company may be attempting to freeze high-risk properties out of the market by increasing their premiums, an earthquake claims advocate claims. 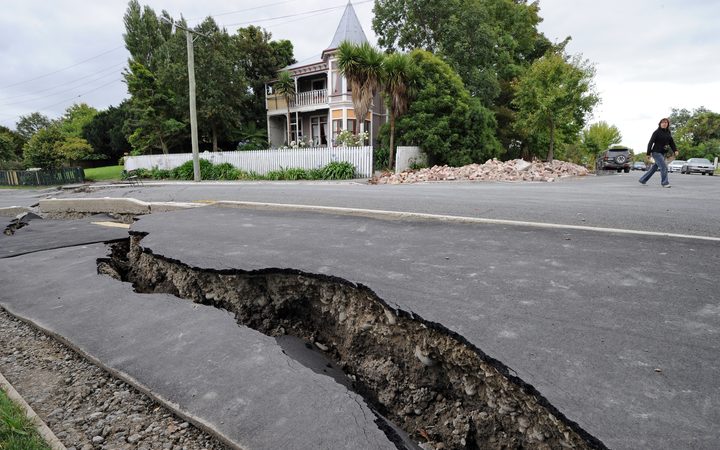 A Christchurch man was left stunned after his insurance premium rose by 440 percent after Tower insurance decided his property was at a higher risk from earthquakes.

Strowan homeowner Roy Howell, whose property sustained minor damage in the quakes, was shocked to discover Tower was going to increase his insurance premiums from $2300 to $12,843 a year.

"Tower [has] decided instead of spreading the risk, that people in high-risk areas are going to pay the high premium. After 30 years [of being a customer with Tower], [they've] come out and sent me an email without any heads up," Mr Howell said.

"I said 'it's just unacceptable. I just can't believe you expect somebody to fork another $870 odd a month.' This will break a lot of people. People are not expecting this."

He said his property is on TC2 land, meaning there was a possibility of minor to moderate land damage resulting from liquefaction, a designation shared by most homes in Christchurch.

"No more risk than being in Dallington, New Brighton, Redcliffs, Sumner or Mount Pleasant. I put it to put to them 'where actually in Canterbury can I live without having risk?' They couldn't obviously answer that because there is no answer. We live in a high risk area all over Canterbury," Mr Howell said.

Another Cantabrian who is insured with Tower is earthquake claims advocate Mel Bourke, who said the insurer indicated it was going to use a risk-based price model.

She said it was a sign Tower was trying to price itself out of the market.

"There's certain properties that Tower would prefer to have off [its] books. If we were looking at a truly risk-based model, then it has to take into account in New Zealand - not just [earthquakes], but a number of other things, and that's not being applied," Ms Bourke said.

"If we look [at] the underlying motive, to me, it looks like removing a certain property type off its books that it sees as a risk to its current financial position."

Ms Bourke said she could relate to the stress which Tower's customers, such as Roy Howell, were under.

"I would put the house that we own in a category that's not hugely disimilar [to the property in Strowan]. It's on TC3 land. In theory, it would be a high risk. It's kind of interesting how Tower would making its decision as to which property [should incur insurance premiums of $10,000 compared to $3,000 a year]."

Mr Howell said his property suffered only minor damage in the quakes.

She said insurers have had to rethink their policies.

"Other insurers have indicated they're moving to take into account risk in their premiums as well. Although, not to the extent Tower has."

Jessica Wilson said it looked as though Tower was sending a clear message to Mr Howell, but hoped other companies did not follow suit.

"Premium increases of $10,000 are basically the insurer saying it doesn't want to provide cover in this area," she said.

Tower, the country's third largest insurer, declined a request for an interview, but referred RNZ to a statement released in March, which said the vast majority of its customers would not see any significant change in premiums with less than 2.5 percent receiving an annual increase of more than $250.

It added most of the customers facing increases were in high-risk locations, such as Wellington, Napier and Gisborne. The statement makes no mention of Christchurch.

Mr Howell had found another insurance company, and said he would be paying hundreds of dollars less per month than Tower was asking.

The Insurance Council said it did not hold data on how many customers it had in Christchurch.