New Zealand comedy folk band Flight of the Conchords have used an appearance on a US late night talk show to ask the prime minister if they can come round for dinner. 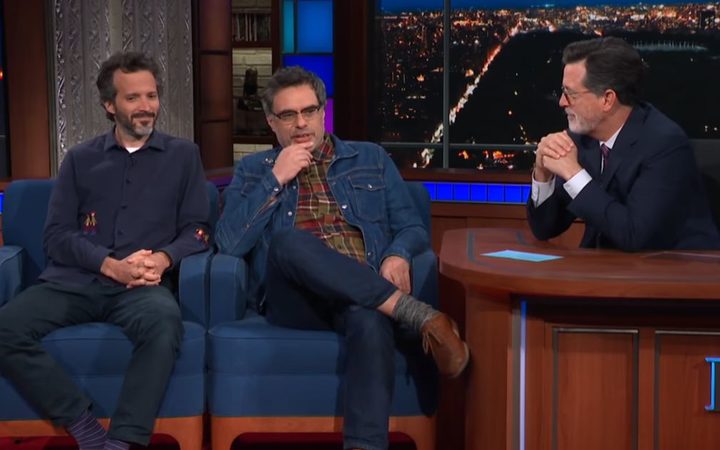 The pair, Jemaine Clement and Bret McKenzie, appeared on The Late Show with Stephen Colbert to promote an upcoming HBO special.

Prime Minister Jacinda Ardern will appear on the show on Wednesday (Thursday NZ time), after appearing on the Today show earlier this week, and host Stephen Colbert asked the pair what he should ask her.

"Why don't you ask her if we can come round for dinner, maybe at her place," McKenzie said.

"You're bringing people together," he told Stephen Colbert.

The host then asked about the prime minister's house, which the pair described as "nice".

"It used to be a preschool," said McKenzie "And my brother went there for preschool ... then they turned it into the prime minister's house."

"It's down the road from where I grew up."

As well as unveiling a new song, the pair discussed their lives since the end of their US show in 2009, including having children.

"He's got a few, and I've got one, but together we've got two each, I guess," Clement told the show.

Colbert noted that the pair don't seem that interested in fame, and asked if they can walk around in New Zealand without being recognised.

It's only tourists who notice them, according to McKenzie.

"If someone lights up when they see us, you know they're foreign," Clement added.