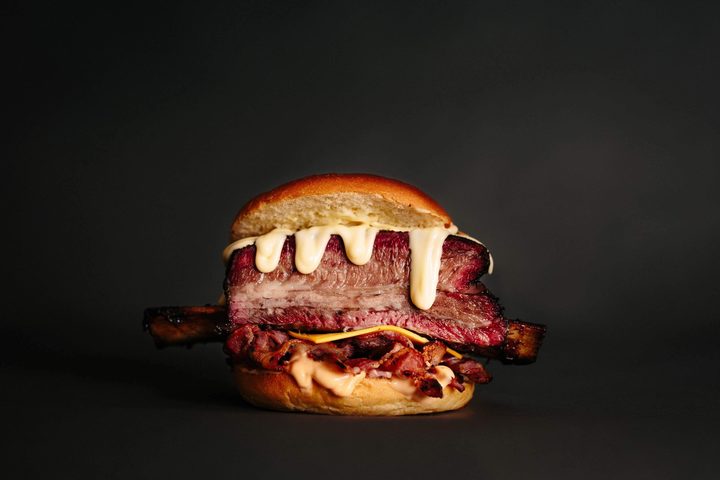 The Wellington on a Plate winning burger Photo: Supplied

Wilson Barbecue were announced as the winners at the Wellington on a Plate Festival Awards last night.

The American barbecue-style restaurant won for its Brewed to the Bone Burger - which includes candied bacon, with a boozy cheese sauce and a smoked beef short rib between two AroBake buns.

Mrs Wilson told Morning Report the burger was the brainchild of husband and wife duo Casey and Blair Wilson who came up with the idea "over a glass of wine".

The "star" of the burger is the smoked beef short rib which is smoked for ten hours and comes with the bone included.

"We wanted to go for something that was a little bit different and obviously, beef short rib is a great piece of meat especially when it has been smoked for ten hours," Mrs Wilson said.

The cooking of the short rib is a labourious process with the meat requiring turning every 20 minutes and the fire stoking.

And trying to service the level of demand was really difficult, Mrs Wilson said.

"There were not enough beef short ribs in New Zealand to go around ... we'd sell out everyday, we opened up to huge lines everyday so we just had to do what we could."

"Unfortunately, some people didn't get to try it but we'll bring it back at some point," Mrs Wilson said. 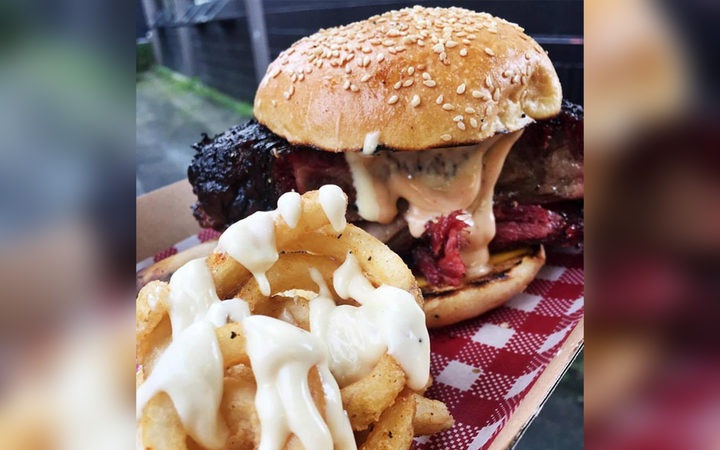 Eating the short rib burger - which comes with the rib included - proved difficult for some.

"Most people just knew they had to pull it out but some people did ask us about it."

The couple only started Wilson Barbecue in January so Mrs Wilson said they're stoked to win the inaugural prize.

The Wellington on a Plate Festival is held for two weeks in August every year and includes a menu of burgers, cocktails, set menus and pop-ups with many restaurants getting creative for the event.