By George Block for The Otago Daily Times

The overseas owner of a dilapidated and fire-damaged rest-home is understood to be returning to Dunedin, amid concerns for public safety. 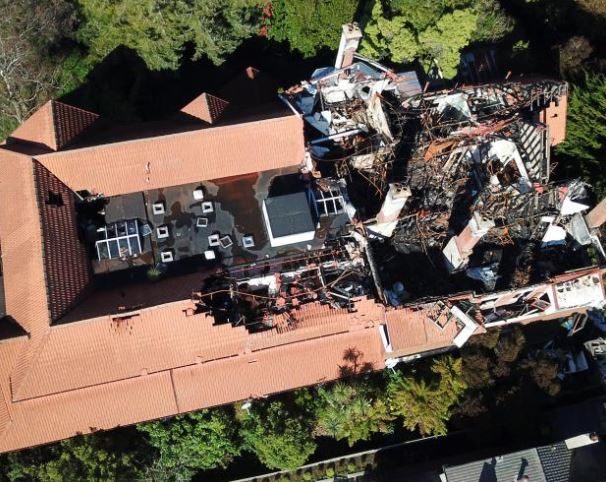 Glamis Hospital, abandoned since 2011, has been gutted by two suspicious fires, one late last year and another earlier this month.

A youth was trespassed from the Montpellier St building on 17 August, the day of the second suspicious fire, a police spokesperson said.

However, no arrests had been made regarding either blaze and inquiries were ongoing.

Local residents said they were fed up with youths hanging around in the building late at night.

The building was a hot spot for vandalism in Mornington.

It is understood that the owner, Leng Seak Loke, lives in Malaysia, is in poor health and has stopped responding to emailed questions from neighbours.

A Dunedin City Council spokesperson said its building services team had been in contact with the owner of the hospital, "who has indicated he is making arrangements to come back to Dunedin".

The council was not planning to take legal action, because the building was unoccupied.

Council building services principal adviser Neil McLeod said they had contacted the owner in November last year, saying there had been a fire, there were "concerns about public safety" and the building had been barricaded.

"We contacted the owner again last week to inform them of the second fire and to try to gain an understanding of their intentions for the building."

All residents and staff at the Glamis site were transferred to the Yvette Williams Retirement Village in Highgate when it opened in early 2011.

- This story was first published in the Otago Daily Times