France is doing it, the United Kingdom reckons it's not a bad idea and in New South Wales, the education minister has put them under review. 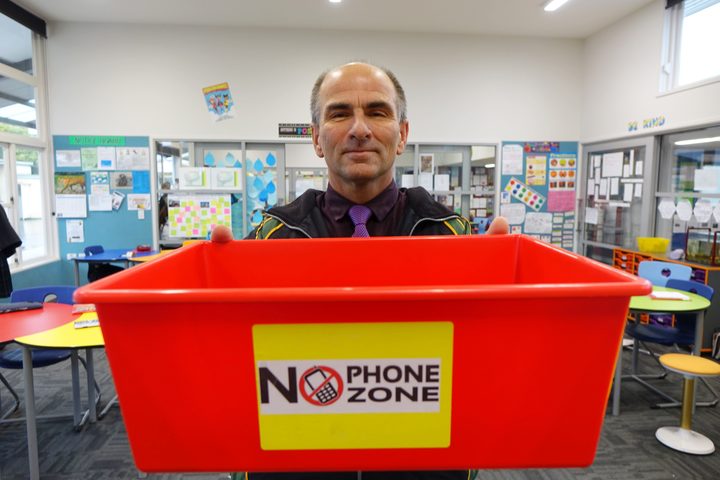 The firewalls are closing in on mobile phone use in school all over the world as research shows student wellbeing and educational achievement are taking a hit.

At East Otago High School, in the town of Palmerston, 50 kilometres north of Dunedin, teachers and students are looking at the mobile phone issue with fresh eyes, after it recently changed it's policy.

On the teachers desks at the front of the room sits a large red plastic box, taped to it is a "No Phone Zone" sign. As students file in to start their learning, phones thud into the box.

Year 13 student Katie Ratihi, 17, said it's not just the students having to hand them over.

"Everyone's phone gets put in it, even the teachers phones, just so no ones tempted to get it until the end of the period."

The school banned mobile phones in class at end of May.

Year 10 student Luke Paton, 15, said there were pluses and minuses to having phones in class.

"Personally I have found that I concentrate better [without phones in class] because people aren't playing their music loud, you can't hear it through their headphones or people aren't being distracted by looking at their social media.

"Being able to use your phone for Google docs or for educational purposes sometimes is beneficial as well."

Deputy Principal Keith Fleury said since the ban, the relationship between students and teachers was instantly changed for the better.

"The angst that staff were having dealing with the phones in the classroom and the discipline issues that surrounded that, it took all that away."

The students can still use their phone during lunch and other break times.

Student Luke Paton said it had changed people's behaviour at other times of the day though "people are being less social towards each other during interval and lunchtime."

Given that some students were now rushing to gorge on social media at lunchtime, the school wanted to see if it could take the digital detox a bit further.

On the day Insight visited the small year 7-13 rural school of 150 students, it was 'Fibre Free Friday'.

For one day a week the wifi is now switched off at lunchtime, but the school believes if it's going to take away such a big part of the students' lives it makes sense to replace it with something else. 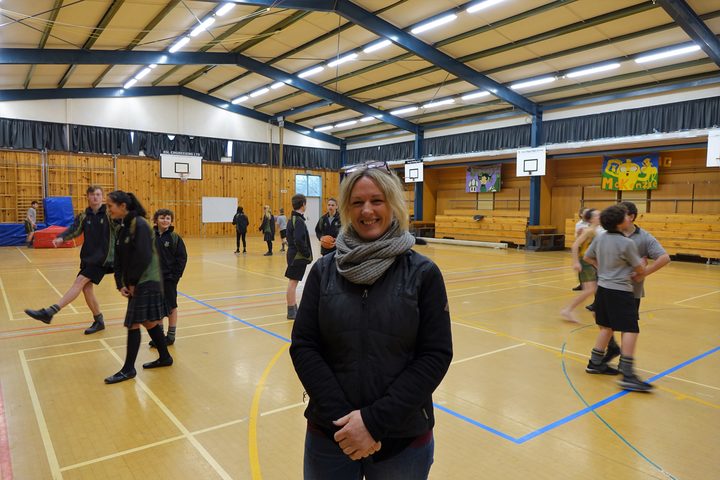 "Going out at lunchtimes and seeing the kids completely on their phones, or the gaming...I didn't hear that schoolyard laughter that I really used to enjoy."

And she said now during Friday lunchtime, the atmosphere was unrecogniseable.

But not everyone was convinced by the lunchtime digital ban.

One year 13 student said it can get in the way finishing off internal assessments in their free time at school.

"There's been times when we've had to finish internals and we've nearly been finished them, but then the internet's been turned off, so we can't complete them until after lunchtime which seems a bit silly."

East Otago High School is trailling Fibre Free Fridays for now, but may look to extending its lunchtime wifi blackout to other days.

You can hear more about how schools are tackling the temptation of mobile phones on Insight at 8am this Sunday morning.