Mat Haines looked up at his girlfriend, clinging with one arm to a small branch atop a 20m cliff. 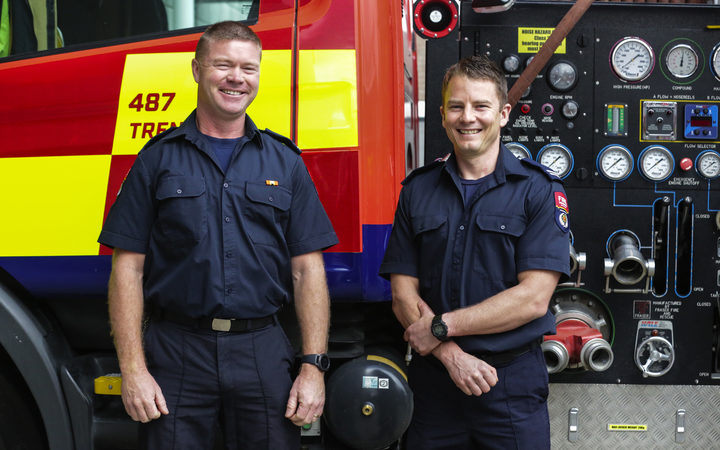 Daniel Olliver and Scott Duganzich were given a citation for their courage and bravery during a rescue. Photo: RNZ / Richard Tindiller

He had brought Ally Maclachlan to New Zealand to meet his family, and to propose. He had an engagement ring with him, and planned to put it on her finger when their trip ended.

But on 6 September 2017, his plans looked in ruins. He feared for her life.

Mrs Maclachlan had slipped about 7m down a cliff in Lower Hutt after taking photos of a nearby waterfall.

The two firefighters who rescued her, Daniel Olliver and Scott Duganzich, were given a citation this morning for their courage and bravery.

"We had no idea that we were on top of a cliff," Mrs Maclachlan said.

"I stepped backwards to turn around, I stepped on what I thought was grass, lost my footing and fell over.

Only a small branch broke her fall, and she was clinging to it.

Mr Olliver was one of the first to arrive, and went down the cliff before wrapping a rope around Mrs Maclachlan, securing her.

From then on it was clear she would not fall further, but that was far from the end of the danger.

As the second fire crew member to arrive, Mr Duganzich free climbed across the cliff face to provide a second body, helping secure Mrs Maclachlan on the small branch.

"When I got there, she was constantly screaming, 'I can't hold on any longer'," Mr Duganzich said.

They then called for a rescue helicopter, which they hoped would lift Mrs Maclachlan out. 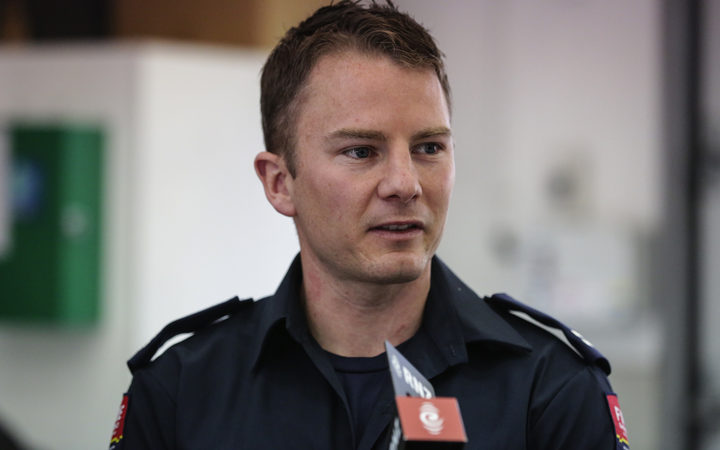 Daniel Olliver recalls the operation as one of the scariest moments of his life. Photo: RNZ / Richard Tindiller

However, the rotor wash of the helicopter dislodged rocks and trees at the top of the cliff, sending them tumbling down onto the dangling trio.

"It was one of the scariest moments of my life, to be honest," Mr Olliver said.

Mr Olliver and Mr Duganzich attempted to block the debris from hitting Mrs Maclachlan, but were unsuccessful.

A large rock fell and hit her in the head, knocking her unconscious. She suffered a skull fracture and bleeding of the brain, along with fractures to her spine, ribs, and hip.

"After the rocks fell I was having to hold her up while she was unconscious. She was much worse after the rockfall stopped."

Mr Olliver took a large rock to the head as well, breaking his helmet and giving him concussion.

"[It was] lucky I was wearing my helmet. It probably saved my life."

Once they had waved the helicopter away, they waited as a crew from Porirua were sent to help with the extraction, and five hours after her fall, Mrs Maclachlan was carried to safety. 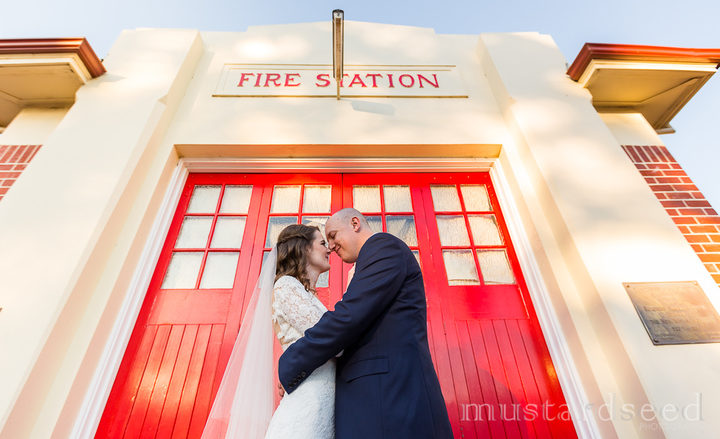 Ally Maclachlan and Mat Haines got married after the frightening ordeal. Photo: Supplied

After a short time in intensive care, she was free to leave and paid a visit to Mr Olliver before returning home to Australia.

Mr Haines had to wait to make his grand proposal, but did so two months later. They were married in May, and took photos in front of an old fire house to mark the occasion.

"There's not really words to thank someone for helping to save your life," Mrs Maclachlan said.

"I think about them all the time. Especially on my wedding day and leading up to my wedding," she said.

"I was just so grateful to think that I was able to have the best day of my life and marry the person I love knowing that I wouldn't have been able to do that, walk down the aisle, if they weren't there for me that day."

Fire and Emergency chairman Paul Swain, who gave the firefighters their citation, said it was a rare honour.

"Your actions were directly responsible for saving a life," Mr Swain said at the citation ceremony.

"You acted in the finest traditions of Fire and Emergency New Zealand, and on behalf of the board and the organisation, I thank you."

It's only the second time a citation had been awarded in the past two years.