Property management company Quinovic has apologised for a social media campaign which sent tenants into a rage yesterday. 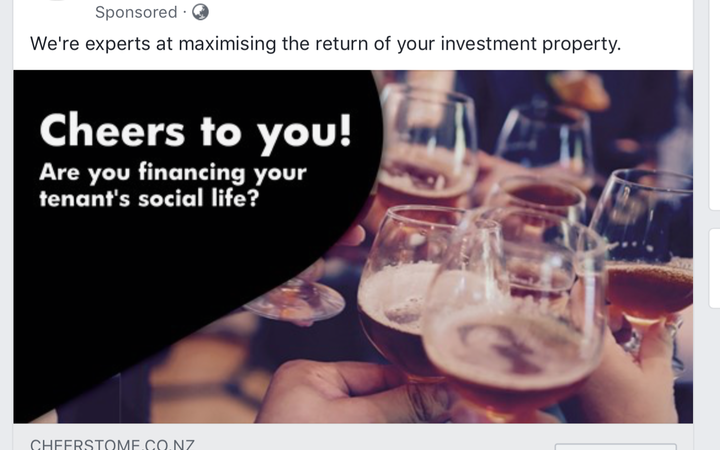 The now deleted advertisements from its Te Aro office in Wellington featured beer glasses with the caption: "Cheers to you! Are you financing your tenant's social life?" which implied that landlords should charge more if tenants had money leftover after paying rent.

A second said: "Your tenants may hate us. You will love us." While a third asked: 'Afraid to man up? We aren't.'

The ads caused some tenants to gather outside Quinovic in central Wellington last night, to protest the campaign.

One tenant, Robert Whitaker, said the advertisements were disgusting.

"I was pretty appalled basically, by seeing these ads being run, and it sort of indicates to me what I felt like has been going on in the rental market in Wellington for a long time, which is renters being taken advantage of because there's a short supply of housing." 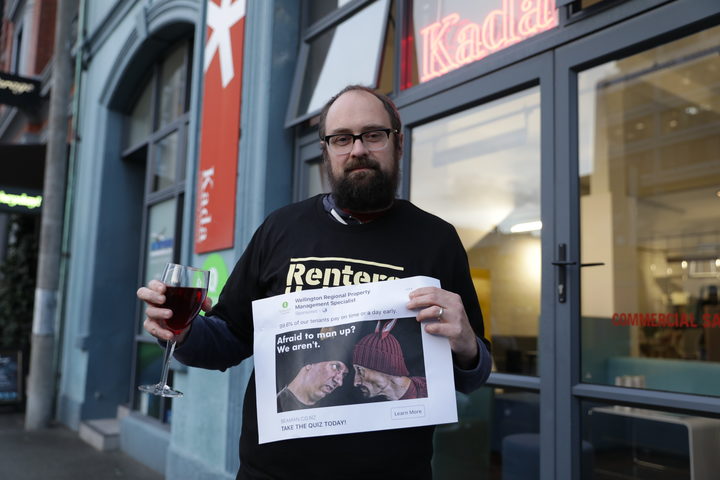 Mr Whitaker lives in the suburb of Melrose, where he rents a house with his wife and three children through a private landlord.

But Mr Whitaker said he had dealt with difficult property managers in the past.

"They've been middle men, you know, and it's been difficult sometimes to get things sorted out, issues raised and there's been a lot of to'ing and fro'ing with property owners," he said.

"When we've had private landlords, generally speaking communication has been a bit easier and things have tended to get fixed and sorted out much quicker." 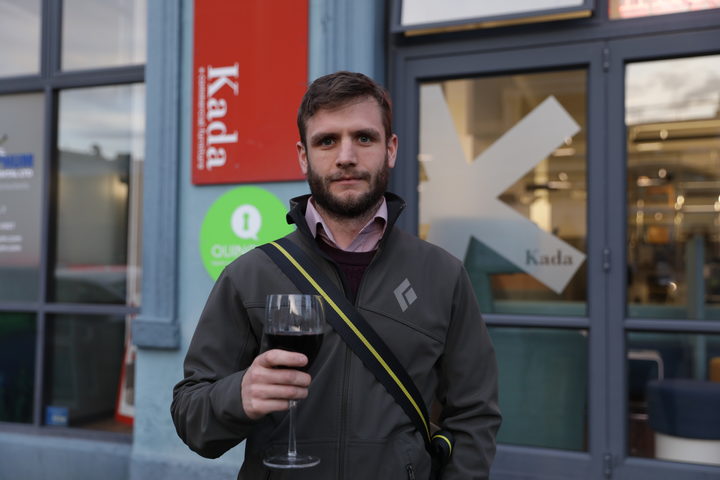 Another protester, Jenny Davies, said a lot of families struggled to cover their housing costs and said landlords did not need any more encouragement to put their rents up.

"I think it's disgusting, actually we need more houses so that landlords aren't in the position that they're in at the moment where they can charge what they like and where a lot of people can't access rental housing."

"I think the adverts that we've seen really highlight that, they really highlight how ripe the situations are for abuse and exploitation ... it's time the government stepped in, and regulated property managers and renting in general, because certainly the markets not doing that," he said. 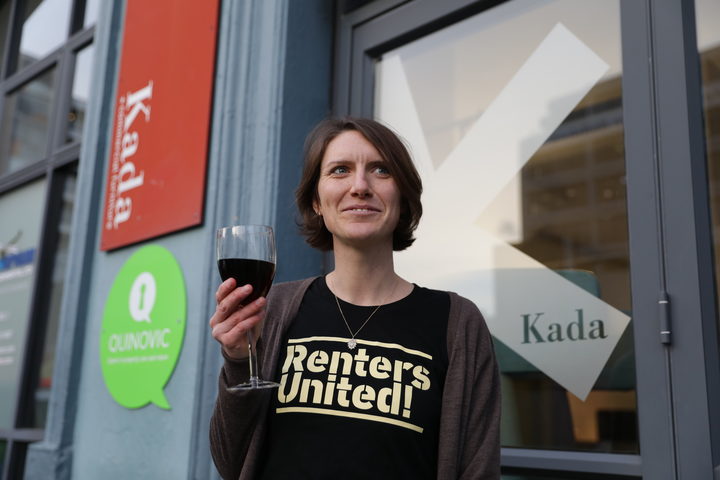 Kate Day, a spokesperson for the advocacy group Renters United, said the ads made a mockery of the vulnerable living situation tenants often faced.

"A lot of renters face affordability issues that mean that they feel unstable, and in some cases even at risk of becoming homeless and that's nothing to joke or laugh about and it's certainly nothing to profiteer from."

Quinovic pulled the advertisement campaign just hours after the social media backlash and issued a formal apology for any offense that may have been caused.