Letting fees are an aberration in the law and are pricing ordinary New Zealanders out of homes, a tenants' advocate has told MPs. 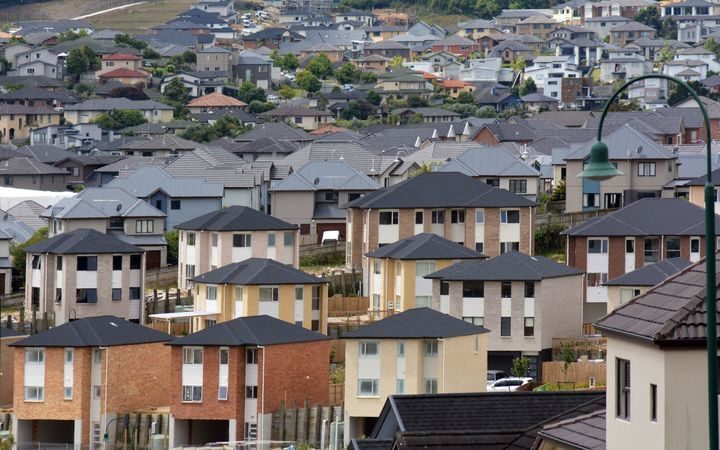 A select committee today heard submissions on a bill to abolish the fees for new properties.

Housing Minister Phil Twyford previously said the bill could put up to $47 million into the pockets of New Zealand families each year.

Angela Maynard of the Tenants' Protection Association Auckland told the hearing the costs involved in getting into a rental property were out of control.

She called letting fees an "aberration in New Zealand law" and said there was no other scenario where two parties contract a service and then charge a third party.

Letting fees are generally one week's rent plus GST. Ms Maynard said there was no reason why the fees should be tied to the cost of rent.

"The letting fee is just one thing that could start to make it better but we hope that eventually all the other fees will eventually be looked at and disallowed," she said, adding that the amount of money required to be paid upfront was keeping people out of the market.

However, Lisa Gerrard of the Real Estate Institute of New Zealand (REINZ) said costs needed to be recovered somehow.

What was needed was more regulation of property managers, who currently do not need to be vetted and are not governed by a code of conduct, she said.

"Of concern to REINZ is that by self regulating there is still a lack of proper sanctions. For a property manager who is affiliated with a professional body [such as REINZ], if they don't do the right thing then the sanction is to be ejected from that body.

"However, they can still set up a business outside of that professional body," she said.

Independent Property Managers Association president Karen Withers agreed that the form of letting fees should be examined, but said that to issue a blanket ban would cause too many problems.

The association's property managers generally spent six to 10 hours getting a tenant into a new rental property, and they should be paid for that, she said.

"It's really about the real costs versus the set fee, which we completely accept can be very unfair and very high in some cases. So we're suggesting perhaps setting a maximum to that fee - a different form of structure but not an outright blanket ban."

Vicky Mee, convener of the Anglican Diocese of Auckland's social justice group, told the select committee that letting fees contributed to keeping the poorest in society out of houses.

"Letting fees, which are charged on tens of thousands of rentals, are unfair, they're onerous and they should be borne by the landlord," she said.

"Unfortunately, in a competitive market with too few houses the landlord, not the tenant, has the power and they're charging them because they can."

Housing Minister Phil Twyford earlier said he hoped the amendment to the Residential Tenancies Act would be passed by the end of the year.