A brazen social media campaign by a franchise of the property management company Quinovic has disgusted some tenants.

One advertisement features beer glasses with the caption, "Cheers to you! Are you financing your tenant's social life?". The other advertisement says "Your tenants may hate us. You will love us."

Both are captioned, "We're experts at maximising the return on your investment property."

Renters United spokesperson Kate Day said the advertments implied if tenants had a social life, then landlords really should be charging more.

She said the second advert made a mockery of any thought that property management companies worked for tenants, as well as landlords. 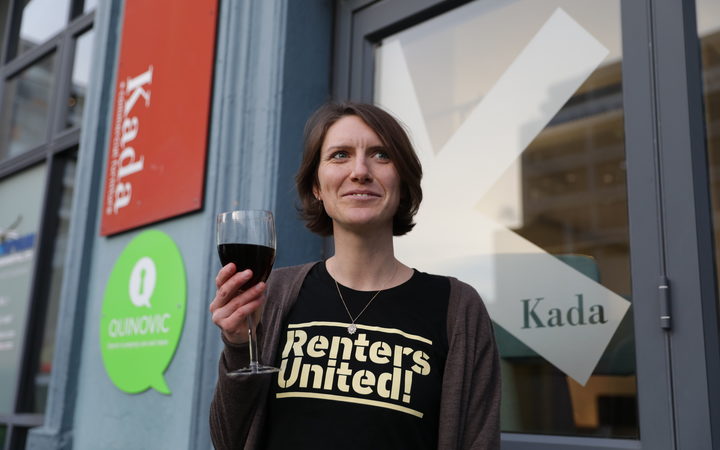 "A lot of our members have expressed disgust about how this portrays tenants as a group that could be exploited for profit," Ms Day said.

"People who are renting make up roughly half of New Zealand's population and just like everybody they are people who have a right to a home, and I think that's really been overlooked by advertisements that make a mockery of the stress that rising rents put on tenants."

Quinovic's chief operating officer Paul Chapman said the advertisments were created by the Te Aro franchise, without the consent of national office.

He said he did not think the advertisments were a good look, particularly in the current environment.

A statement by Mr Champan stated Quinovic has been operating for more than 30 years through 34 independently owned franchises.

"The Facebook campaign was not endorsed by Quinovic Group Office nor does it conform to our Brand standards. We have requested that the advertisements be removed and the Franchisee has confirmed this has been done," the statement read.

"Quinovic Group office do not support the imagery and messaging in the ads and we have censured the Franchisee in the strongest possible way."

Ms Day said while other property management companies had run advertisements promising to maximise returns on investments, this campaign was quite brazen and "blatently honest, that they're really out to get every penny from tenants that they can".

"While it's not the first we've seen of this, it's certainly the most extreme," she said.

She said the group would like Quinovic Te Aro to make a public apology.

"This is no way to treat the people renting in our population who deserve greater respect than that," she said.

"We'd also call on the government to bring in compulsory licensing and regulation of the property management sector, which is largely unregulated at the moment."

Quinovic Te Aro made a statement this evening, saying the message was "not at all intended to be offensive towards tenants."

"Quinovic Te Aro highly values it's tenants and once again we offer our sincere apologies for any offence this may have caused," it said in a statement.