A Hawke's Bay businessman is taking the regional council to the Environment Court over its failure to regulate feedlots he says are polluting the district. 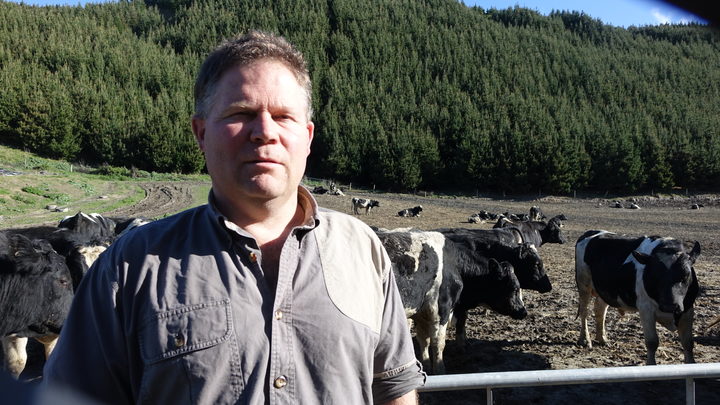 Simon Lusk, who is filing court action against the Hawke's Bay Regional Council over feedlots in the region. Photo: RNZ / Anusha Bradley

Feedlots are an intensive farming practice where animals are kept in confined spaces and fed over a period of time.

Simon Lusk said all feedlots, even those with resource consent, were in breach of the council's own Regional Resource Management Plan which stipulates soil and groundwater must not be adversely affected.

He said he would file evidence from a feedlot situated between Cape Sanctuary and Ocean Beach as an example of how cows and their effluent were damaging the soil, groundwater and nearby sand dunes.

"By the end of feedlotting there will be so much effluent from the cows that it will have poisoned this ground, and I believe this is wrong."

The farmer who grazes cattle at the Ocean Beach farm, Warrick Hansen said he did not operate a feedlot as he abided by the rules on moving animals every 15 days.

The council definition of a feedlot is an area which animals are kept on for 15 days out of 30.

Mr Lusk said many farmers moved cows after 14 days in order to avoid the need for a resource consent. 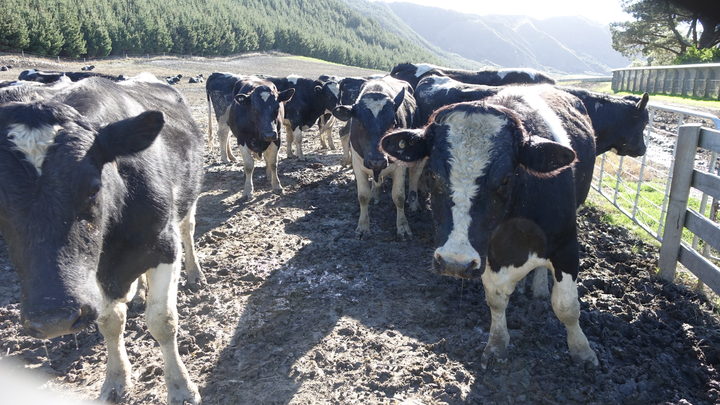 All feedlots, even those with resource consent, were in breach of the council's own Regional Resource Management Plan which stipulates soil and groundwater must not be adversely affected, Mr Lusk argues. Photo: RNZ / Anusha Bradley

Andy Lowe, a friend of Simon Lusk, said he had no say over how the land was used because Mr Hansen had the farming rights to the land.

The pair were at "loggerheads" over the feedlot, Mr Lowe said.

Mr Lowe said he had complained to the regional council about the feedlot, especially given that it was within a 'Recommended Area for Protection' within the Hastings District Council's district plan.

"I was told there was nothing I could do about it," he said.

Although the Ocean Beach feedlot operated within the rules it was "questionable" whether it should be allowed on such an environmentally sensitive site, Hawke's Bay Regional Council chief executive James Palmer said.

The council was considering whether the rules should be changed, he said.

"We need to consider whether that 14-day rule is appropriate. There are a number of intensive feeding operations happening in winter where the farmer is technically compliant. Ultimately the rules in the Regional Resource Management Plan may well need review," he said.

Resource consents had been issued for 16 feedlots this winter but the council did not know how many were operating in total throughout the region.

Fish and Game chief executive Martin Taylor said that was not good enough.

"They need to know what is happening in the area. We know this is a very bad environmental practice."

Fish and Game conducted a flyover of feedlots in central Hawke's Bay last month and were shocked that nothing had changed since the regional council vowed to crack down on the practice 18 months ago, Mr Taylor said.

"We took photos ... and from what we could see there has been no change," he said.

Fish and Game wants all feedlots to require resource consents and to be more heavily regulated and monitored.