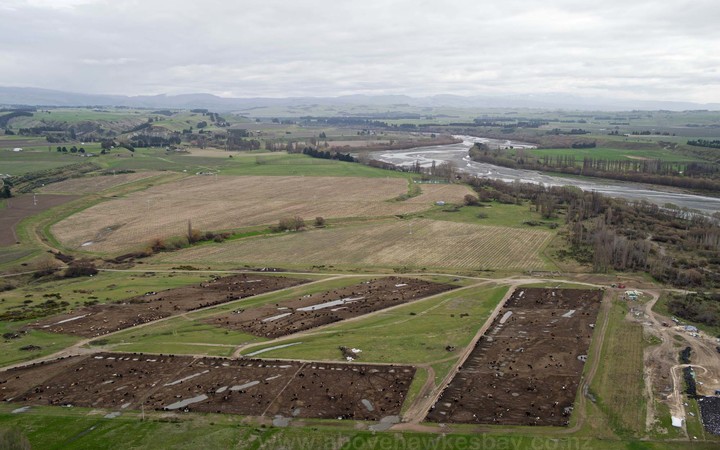 Despite vowing to crack down on cattle feedlots six months ago, the Hawke's Bay Regional Council still has no idea how many are operating, or how many animals are being held in the lots.

Feedlots are an intensive farming practice where animals are kept in confined spaces and fed over a sustained period of time.

The Hawke's Bay Regional Council was caught out by feedlots last winter and in September it said the management of feedlots was not acceptable and must improve.

But official information given to the Green Party shows the council is only aware of nine feedlots and concedes there may be others, and that it varies season to season.

Freshwater ecologist Mike Joy said one of the biggest impacts on freshwater was nitrogen, which mostly ended up in waterways through urine.

He said the amount of urine produced from the high intensity of animals in a small area was more than the grass could handle.

"So it just goes down through the soil profile and into ground water or across into rivers and lakes."

At the moment, feedlots are a permitted activity in Hawke's Bay, provided they are managed to prevent seepage, and runoff from the surrounding catchment area is prevented from entering the feedlot.

The Green Party's environment spokesperson, Eugenie Sage, said feedlots presented the potential for contaminants to be leached into rivers and into groundwater.

She said the council figures showed eight of the feedlots were in the Tukituki catchment, which was very vulnerable to pollution.

Ms Sage said the government's National Policy Statement on freshwater was weak and meant councils could get away with weak controls on landuse.

"And feedlots are one land use which should be tightly controlled." 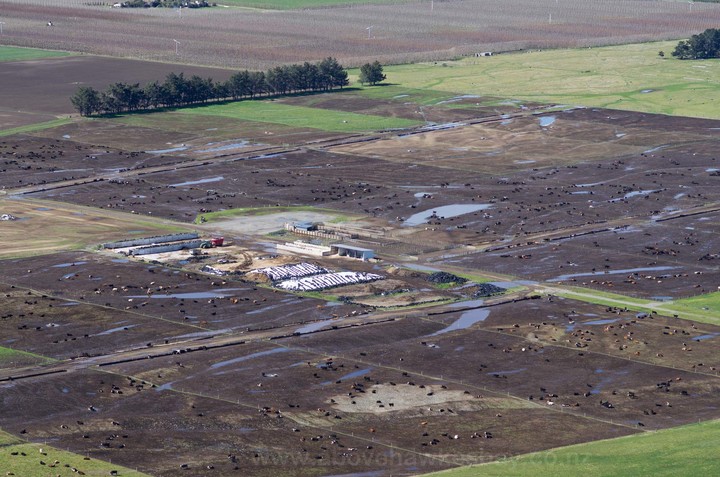 Hawke's Bay Regional Council chair Rex Graham said they had been caught unawares by the number of feedlots and he was unhappy about the current situation.

He said he was particularly angry that the farmers using the practise were the same ones who were asking for the Ruataniwha Dam to be subsidised.

Mr Graham said the council would now be making feedlots a consented activity, and they would "pound" any farmers who did not comply.

Hawke's Bay Federated Farmers president Will Foley said farmers were willing to comply but that if the regulations cost too much, or were too difficult to adhere to, farmers were likely to stop using the practice.

The regional council said it had established a database of known feedlot operators, visited them and circulated the council's expectation of full compliance for the 2017 season. 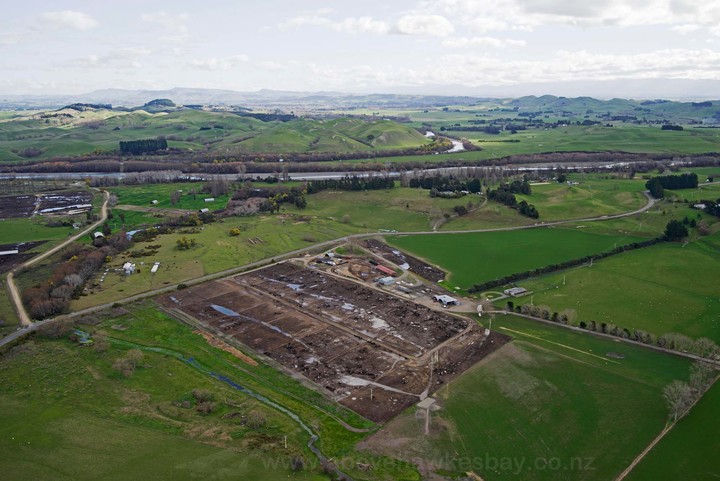 A feedlot on Walker Road, on the Papanui Stream. Photo: Supplied: Peter Scott