Hawke's Bay's proposed Ruataniwha Dam highlights a stark reality this election - the backbone of the New Zealand economy is polluting rivers and lakes at a growing rate.

Despite the best efforts of farmers to fence off waterways and plant trees near rivers to protect them, the reality is that urine from the country's seven million dairy cows is releasing high levels of nitrogen into rivers, lakes and even drinking water. 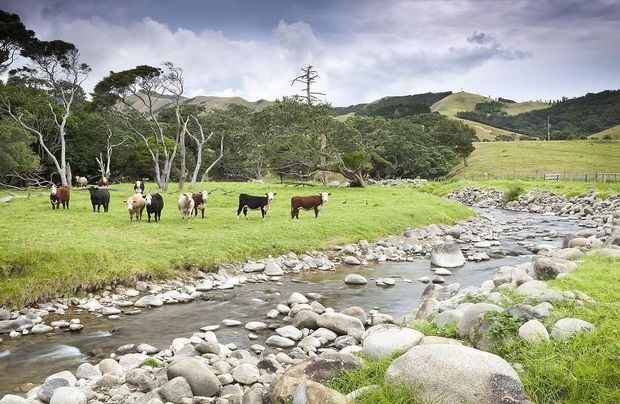 Too much nitrogen and phosphorus has undermined water quality by causing excessive growth of weeds, slime and algae - making water in many parts of New Zealand toxic to humans, insects, fish and waterbirds.

While Federated farmers said that the issue of nitrogen levels is being identified in parts of New Zealand and Government strategies are being implemented to address water quality, the viability of the Ruataniwha dam may still be compromised.

Not a new issue

The conversion of drystock farmland to intensive dairying, particularly in Waikato, Southland and Canterbury, has accelerated a decline in river water quality over 20 years. NIWA research shows that between 1992 and 2002 the number of cows in Waikato rose by more than a third; nitrogen levels in the region's streams increased by 40 percent during the same period and phosphorus levels went up by a quarter. 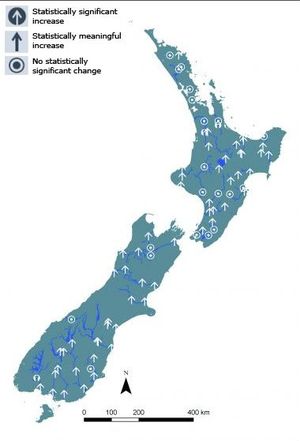 The Parliamentary Commissioner for the Environment's report on water quality, released last year, said nitrate pollution in Canterbury's rivers, lakes and streams was predicted to rise by 45 percent over the 25 years to 2020.

Mid-Canterbury town Ashburton provides a snapshot of the issue. In 1987, subsidies had just been removed from agriculture, and Ashburton was in decline due to a struggling farming industry.

Twenty-five years later a booming dairy industry has been credited with transforming the local economy.

The town is now prosperous, and it is this type of transformation that the National Party hopes to bring to other regions such as Hawke's Bay, by building irrigation dams that support intensive dairying operations.

Mid-Canterbury, however, is paying the price, with the presence of harmful nitrates in its rivers and drinking water supply, Canterbury District Health Board medical officer of health Alistair Humphrey said.

Dr Humphrey said the issue was a "ticking time bomb".

"Ecan confirms that 89 percent of wells sampled by it have nitrate concentrations below New Zealand Drinking Water Standards' maximum acceptable values," he said.

Mr Allen said Federated Farmers was not saying Dr Humphrey did not have a valid point, but it would have preferred he communicated directly with those who may be at risk rather than through the media. He said the Canterbury Land and Water strategy had already identified that nitrogen needed to be managed and this was being done as the strategy was implemented. 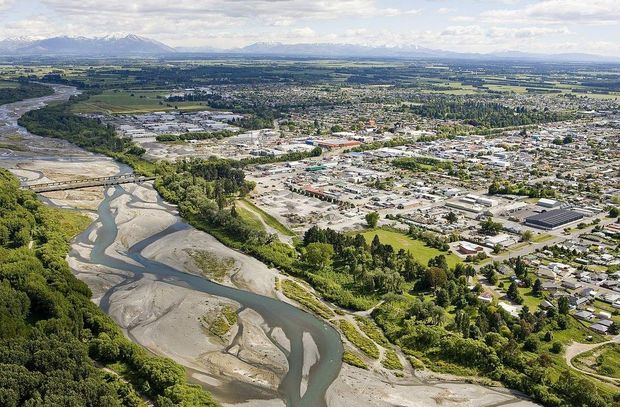 Aerial view of Ashburton and its river Photo: PHOTO NZ

Ashburton is the most at risk, with 20 wells tested exceeding safe nitrate levels. Dr Humphrey warned that high nitrate levels in water could harm babies who are fed formula mixed with water from the town's supply. Nitrates could also take decades to leach into waterways so, even if all the cows are removed from the Canterbury plains immediately, the poisoning of waterways will continue for decades, he said. 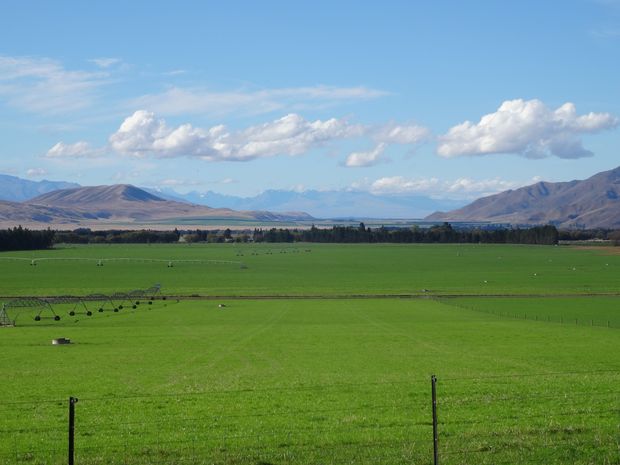 Some alpine tussock land in the Mackenzie Country is being irrigated for intensive farming. Photo: RNZ / Graeme Acton

In effect, the public is being asked to pay the cost of cleaning up waterways such as Lake Rotorua and the Waikato River which intensive farming has polluted. Ministry for the Environment figures released to Radio New Zealand under the Official Information Act show taxpayers and ratepayers subsidised waterway cleanups to the tune of $700 million in the previous decade.

Freshwater scientists have criticised calls to make irrigation a plank of economic growth, with subsidies for the construction of more dams to intensify agriculture.

The allowable level of nitrate pollution is a key issue in the viability of the controversial Ruataniwha Dam. The Hawke's Bay Regional Council tried to dismiss nitrate pollution altogether by producing research that said nitrates didn't need to be managed so much as controlled. board of Inquiry into the dam, however, threw out this theory, preferring scientific advice that both nitrates and phosphorous had to be managed. 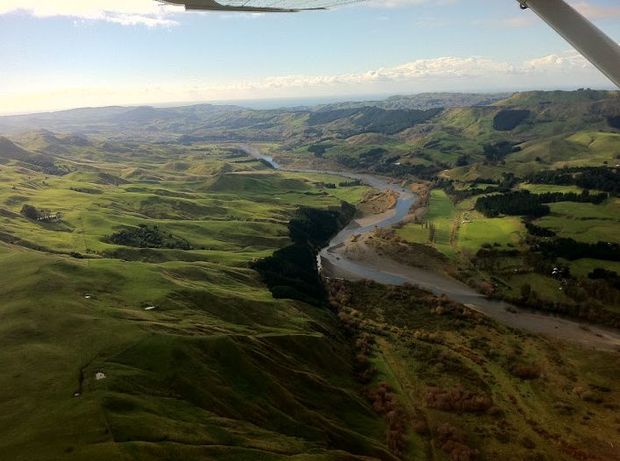 In its report released in June, the board of inquiry set nitrate limits in the Tukituki River at levels which were being exceeded little more than a month later, raising questions about how the council can build the dam and introduce more intensive agriculture.

The Government has taken steps to improve water quality with the National Policy Statement on Freshwater in 2011. This was recently updated so that, for the first time, there were minimum requirements for the water quality in rivers and lakes.

But the Green Party rejected the new standards as "weak" saying the minimal acceptable state for rivers was making them safe for paddling and wading, but not for swimming.

The key question for voters in this debate is whether New Zealand needs even greater expansion of the dairy industry at the cost of more pollution to our waterways.