New Zealanders being held in Australian detention centres will get the chance to share their stories live on-screen at an international art fair from tomorrow. 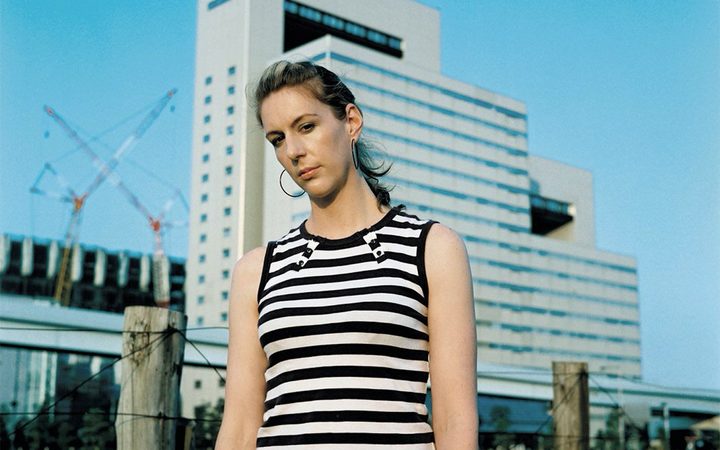 The live installation is the brainchild of New Zealand artist Cushla Donaldson and is named '501s' after a section of the controversial Australian Immigration Act.

Almost 300 detainees - and those who have already been deported from Australia - will share their experiences through text messages which will appear on a large screen live at the Melbourne Art Fair.

There are more New Zealanders than any other nationality in Australian immigration detention, with 173 being detained as of May.

One of them, Louise - which is not her real name - was born in New Zealand but calls Australia home.

She spent the last five months at the Villawood detention centre in Sydney.

"I feel angry, I'm frustrated, because of the simple fact that I had no idea what was going on with myself when I re-entered and I came home to be with my children, I have five children here, they are all born Australian," she said. 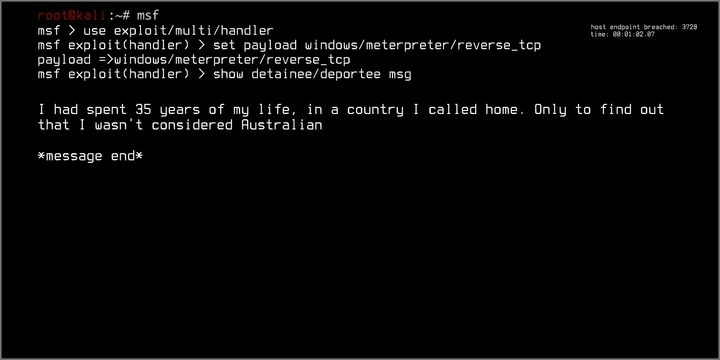 One of the messages sent by detainees to New Zealand artist Cushla Donaldson. Photo: Supplied

Aaron Falle was also born in New Zealand, but at the age of five - in 1980 - he was adopted by an Australian family and crossed the ditch.

He was sentenced to eight years in prison for drug trafficking charges in 2013 - and when he was released early, he was told by officials he was not an Australian citizen and was deported.

He spent a year in New Zealand before being told he could move back home in late 2016, but at the Australian border he was detained - again - and deported back to New Zealand.

Aaron has an Australian passport and birth certificate.

Since his deportation, he has missed the birth of his first grandchild and four funerals.

"It's soul destroying, you just knew 'great this is just another bad chapter in my life' that what can you do about - there was nothing I could have done.

"I couldn't get legal representation, no legal aid, it was just a struggle, I just had to grin and bear it and keep a smile on my face so to speak," he said. 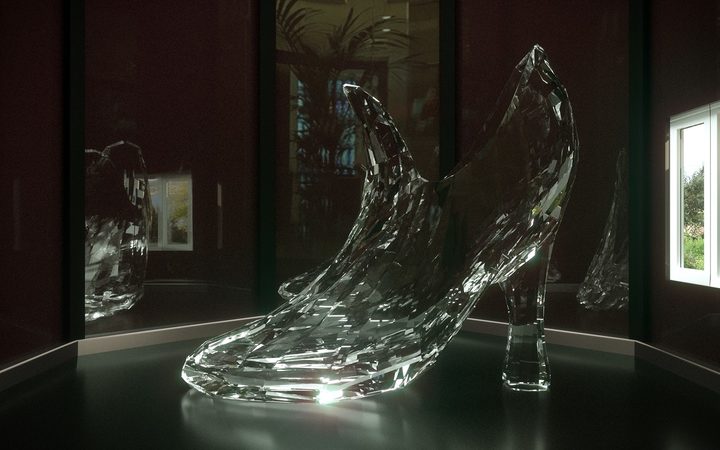 New Zealand detainees' messages will interrupt a video of glass slipper as it is filled with champagne. Photo: Supplied

Both Louise and Aaron have been sending text messages of their experiences to Cushla Donaldson, and that is being collected for her installation on the large screen at the Melbourne Art Fair.

Ms Donaldson could not say how exactly people were able to text in - but that there were 280 people participating.

Detainees had been denied access to their phones until last month, when the Australian Federal Court ruled border forces could not mandatorily confiscate property.

The messages will appear unedited and will interrupt a video of glass slipper as it is filled with champagne inspired by events at the Carnival of Venice in the 1600s.

Ms Donaldson said she expected some criticism but the stories needed to be told.

"I think it's time that people and artists in particular engage with the fascisms that are occuring and not just overseas, in our backyard, and it's so important to take care of people who have forceably removed from participating in a society and culture," she said.

The art installation '501s' is on display until 5 August.