A group advocating for New Zealanders' rights in Australia says it would set a dangerous precedent if the Home Affairs Minister decides to deport a 17-year-old just released from detention. 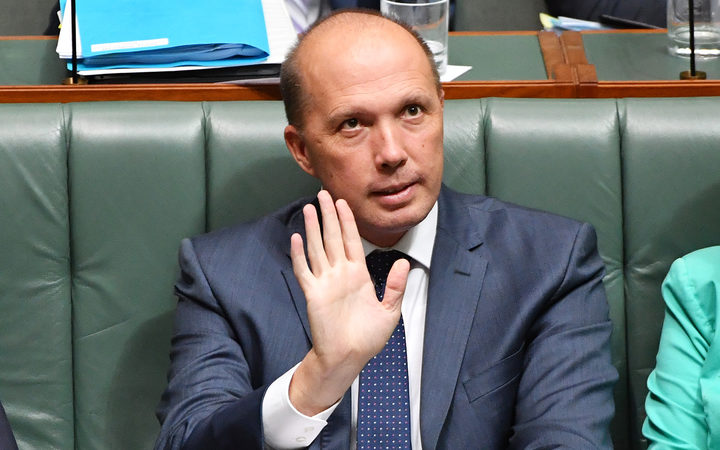 The teenager has been able to get his visa back after four months in a detention centre, but that decision may now be overturned by the minister in charge of immigration, Peter Dutton.

He had been in an adult detention centre, which has been compared to a maximum security prison in New Zealand.

It's understood he was returning to family in Sydney from Melbourne, where he was detained at a transit immigration centre, over non-violent offending.

Advocacy group Oz Kiwi is welcoming the teenager's release, but its chairman Timothy Gassin said he was concerned about Peter Dutton's threats to deport New Zealanders in similar situations.

It would not only set a dangerous precedent for the treatment of minors, but also damage New Zealand's relationship with Australia, he said.

"We know this has been a matter of concern for the New Zealand government for some time, it has been raised at the highest levels, but the fact that the Australian immigration minister would ignore the long-term repercussions of the relationship with these sort of cases, and push ahead with cancelling the visa again, I think would send a very worrying sign."

The case comes as the Australian government reviews its legislation around visa cancellations made on criminal grounds.

The review is looking at the appeals process around detained prisoners and deportees, and Mr Gassin said he was hopeful it would strengthen New Zealanders' rights across the Tasman.

"Australia's approach to this has been (to) deport people who are in many cases long-term residents who are Australians in every sense except a piece of paper.

"We hope there will be some recommendations, that it will achieve a fairer process."

He hoped the process would also limit the minister's powers in ruling over deportees' fates, he said.

"The minister has extraordinary power, where he is essentially judge, jury and executioner, as far as non-citizens are concerned."

The number of New Zealanders in detention centres at the end of May was 173 and 1200 have been deported since December 2014.

"It's very hard to think of a way in which appeals could be made harder, but certainly there's a category now where people have no right of appeal on the merits of their case, and very limited rights on questions of law.

"The minister certainly is out to stop people from having legal rights," he said.

Mr Blanks said people affected by the policy often didn't know what their rights were, or how to access good legal support.

"The idea that Australia, which has a proud convict history, cannot deal with people who come to this country even if they do commit some crimes is absurd."

Dozens of groups have made submissions on the review, including several universities, with many outlining their concerns about its impact on vulnerable New Zealanders.

Mr Dutton has sought legal advice on where to next for the case of the New Zealand teen.